Call for an end to scaremongering 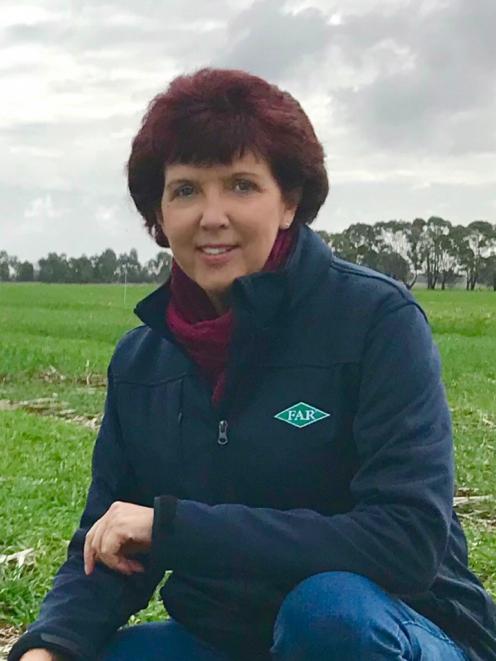 Incessant scaremongering over the threat to the livestock industries from plant-based food has to end, the chief executive of the Foundation for Arable Research says.

Dr Alison Stewart says while the attention on plant-based proteins could be seen as a win for the arable sector, the debate should not be seen as an ''either/or'' scenario.

''New Zealand has to stop endlessly talking about what its future could look like and just go out and make things happen, and it has to stop the incessant scaremongering around the threat to the livestock industries from plant-based food.

''It should not be an either/or situation but a win-win where New Zealand is seen as a leader in both animal and plant production systems.''

Dr Stewart says there is a lot of ignorance in some sectors of society around land-use change.

''You can't just say 'you are going to have to transition from dairy to arable'. It's all very well from an environmental point of view, but if you're carrying a large amount of debt your options are limited, so we need to be clever about the way we manage it.

''New Zealand tends to point the finger at dairy farmers, but really New Zealand got itself into this situation.

''Regional councils and the government all bought into the intensification of dairying and the general public has benefited from a strong economy, so it's New Zealand's problem and it's got to be solved by New Zealand,'' she says.

The problem cannot be ignored and ''strong-minded'' people such as environmentalists force others to ''sit up and think'', she says.

She sees opportunities for dairy farmers to become more resilient and improve their environmental footprint by converting some of their farms into crops.

But it needs to be carefully planned and research is needed to ensure there is a market for any new crops or an appetite for expanding existing markets.

She says the arable sector is an example of what it means to be sustainable and diverse. It shows how diversity provides more resilience in the face of climate change and changing markets.

''Our growers are not just arable growers; they grow vegetable crops and many have sheep and beef or dairying components.

''If you look back 20 years, and even further back, this country was mixed farming. It's only in recent times that significant numbers of farmers have moved into dairy.

''The arable sector is the most diverse and agile, which gives them more resilience.''

She says arable growers not only rotate their crops over two to three-year rotation cycles, but are constantly adapting to a changing environment and to meet market demand.

Dr Stewart says one of the things holding New Zealand's primary sector back is looking for the ''next big thing''.

''I feel New Zealand has been talking about the future of food for the last 20 years, looking for the next big thing, and the rest of the world has gone on and done it.

''You can never predict the success of something new like kiwifruit or the dairy industry. It was just innovative farmers who tried it and were in the right place at the right time.

''As long as we've got a multitude of small industries exploring new opportunities, and we have learned the lessons of past mistakes, one of them will be in the right place at the right time.''

US drops extradition against Megaupload defendant