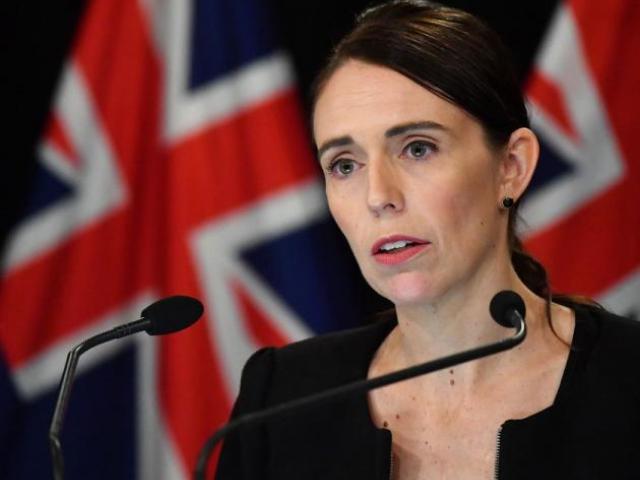 Prime Minister Jacinda Ardern. Photo: Getty Images
The Prime Minister is being sued over the lockdown, with two applicants making multiple claims at the High Court in Auckland today – including it being "all for her political gain."

They also asked for a writ of habeas corpus, which seeks to rule an imprisonment unlawful and release the applicants.

The two men, who are known to each other, argued the alert level 4 lockdown has left them unlawfully detained and is not worth the economic cost compared with the low number of Covid-19 related deaths.

The pair have interim name suppression after citing death threats and safety risks.

The first applicant, who is currently serving a home detention sentence, told Justice Mary Peters "the whole thing's a joke" and it has become a "panic-demic, not a pandemic" – noting his sentence allows him to leave the house between 8am and 5pm each day.

He said Ardern had no grounds to enact the lockdown.

He also alleged she had conspired with Sir Stephen Tindall to ruin the economy and the United Nations Secretary-General should have been consulted instead.

The man ultimately compared Ardern to Hitler and the lockdown to the holocaust.

"I don't want my democratic rights to live in a society taken away on a whim."

The man said the nine Covid-19 related deaths that had been confirmed at the time showed the lockdown was not in line with one modelling scenario that predicted up to 80,000 deaths in New Zealand.

He alleged his views were shared by "a large portion" of the population and said the Crown must have been aware the lockdown would be legally challenged "or thought New Zealand were sheep."

The man objected to Justice Peters' question to substitute Ardern for Director-General of Health Dr Ashley Bloomfield, who enacted the lockdown order.

"This is really the Ardern show," the man said. "Ardern has cried wolf and been found out," he said.

The other applicant alleged more people would now die from other illnesses, like cancer, because they will not be able to get diagnosed due to hospital resources being focused on the fight against Covid-19.

"The Prime Minister made the wrong decision … all for her political gain," he said.

Crown lawyer Austin Powell, who was virtually representing Ardern, said there were significant limits on the freedom of movement for everyone, but the restrictions did not amount to detention.

He said there were no limitations to stay a specific distance from one's home or requirements to report on movements.

Powell said Bloomfield had done what the law required of him.

He argued against the first applicant's claim the wording of the Health Act should limit the lockdown to certain persons.

"The law allows [Bloomfield] to impose those limits on persons – so it can include all persons."

Justice Peters reserved her decision, but said it would be given urgency.