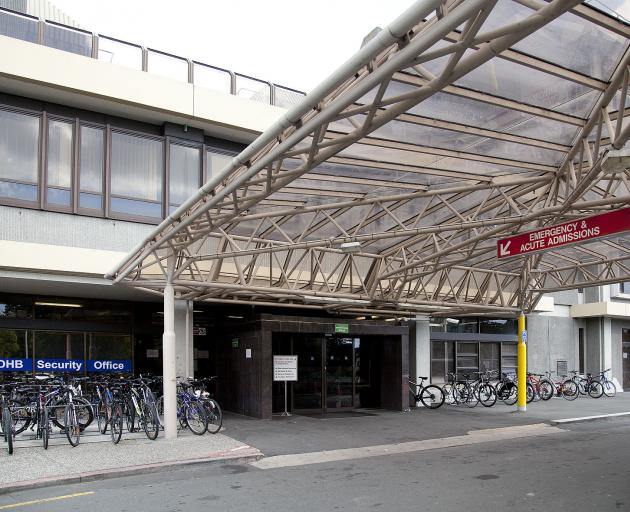 Clinical leaders at Christchurch Hospital put their case for urgent upgrade work forward in a blunt letter to the Minister of Health.

"Poor facilities are negatively and drastically impacting patient care," they wrote, pleading with Wellington to stop dragging the chain over doubling the number of acute care tower blocks from two to four.

"We need urgent and fast-tracked decisions regarding our facilities.

"Without this, it is important that you understand that Canterbury DHB will inevitably and dramatically be placed at risk of serious failure.

"There is no other DHB in New Zealand that continues to work in earthquake damaged, not fit-for-purpose facilities with staff enduring the ongoing impacts of our country’s largest natural disaster and recent terror event."

And now the thrum is growing louder across NZ - as Palmerston North Hospital, among others, calls for infrastructure improvements.

Its two big blue boilers are pushing through enough steam and hot water to wash 90 tonnes of laundry a week, sterilise all the surgical instruments and enable 100 other jobs.

Nearby are two transformers, shifted out of flooding's way in the basement, and fed by new 11,000-volt cables.

Infrastructure manager Liam Greer will soon have the "juice" he needs to allow new building work to begin. He's solidly upbeat in a belt-and-braces way.

Elsewhere though, the hospital is in a different situation.

Below the hum of the plant, the squeak of shoes in long hospital corridors, and laughter in the children's ward, is another underlying sound - the thrum of distress.

Palmerston North's acting chief medical officer Dr Jeff Brown experiences it daily, when he tells a patient they can't have their pain-relieving surgery because his seven, 50-year-old theatres - with ceilings so low the operating lights bump surgeons in the head - are already running at 110 percent.

"One of the things that we can be proud of is that, actually, we have maintained the pipes, the electricity, the air conditioning if it's there - we've made those efforts within the building," the paediatrician says.

Though, on this sunny morning, the temperature is already rising in most of the wards, which don't, in fact, have air-conditioning.

"There is a flip side to that," he says. "Superficially, it can look like it's well looked after.

Clinicians in both Hawke's Bay and Palmerston North around the same time wrote separately to the minister, their health board bosses and the Ministry of Health.

They sounded a similar alarm - that overcrowded Emergency Departments, intensive care units, and operating theatres are poised on the very edge.

"The unmet need is incredible, I don't know how New Zealanders put up with it," one of the senior doctors told RNZ. 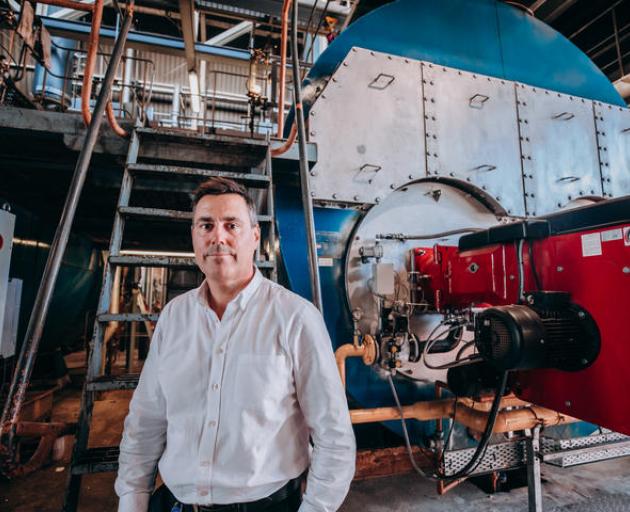 In Whangārei last month, the health board told infrastructure leaders it was short of $5-$6 million a year for short-term capital fixes, so had been forced to run its buildings to the point of "failure".

"All facilitates/areas inadequate in size," said a presentation obtained by Insight. "Facilities not fit for purpose, overcrowded, [are] compromising clinical care."

It rated six of its systems as poor, and another four "very poor" including for clinical safety, fire safety and comfort - again, a lack of ventilation in the face of rising temperatures.

Its request for a billion-dollar-plus rebuild was knocked back. The board is going back in May, with a $500-700m plan.

"Stand back and look"

The signs have been there for years, and now the government has taken a leaf out of Dr Brown's book, who said "stand back and look".

The result is the first national stocktake - 25,000 entries of building items, often listing the state they are in.

The picture emerging in the government's eyes is one that confirms earlier Treasury estimates that, just to play catch-up, the cost could be as much as $14 billion over the next decade.

Minister of Health David Clark says the figure is "not out of the ballpark."

He must now move from a stocktake to a national asset plan, and one that sets clear spending priorities. "That is the whole purpose of this exercise."

That exercise must try to overcome long held scepticism about how priorities are set. 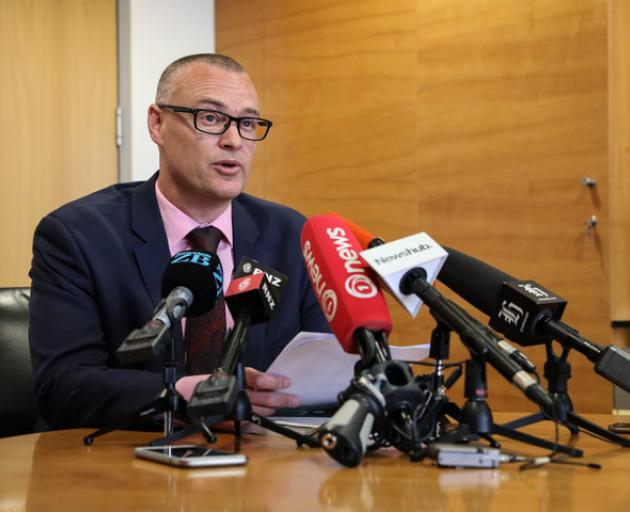 Health Minister David Clark Photo: RNZ / Richard Tindiller
Decisions that have raised eyebrows include Dunedin getting the first billion-dollar-plus hospital built for more than a decade, ahead of Whangārei, while at the same time Hawke's Bay DHB is spending $5000 a year on ice blocks to keep staff cool in non-air conditioned wards.

National Party health spokesperson Michael Woodhouse concedes there had been "under both the two previous governments ... a degree of competition for capital, and limited resources in construction, the consequence of which is that some projects may have been delayed unduly.

"I think that's going to be a much more coordinated process when we have the national stocktake."

Covid-19 has only increased the pressure on Dr Clark, but at least given him money to expand ICUs. 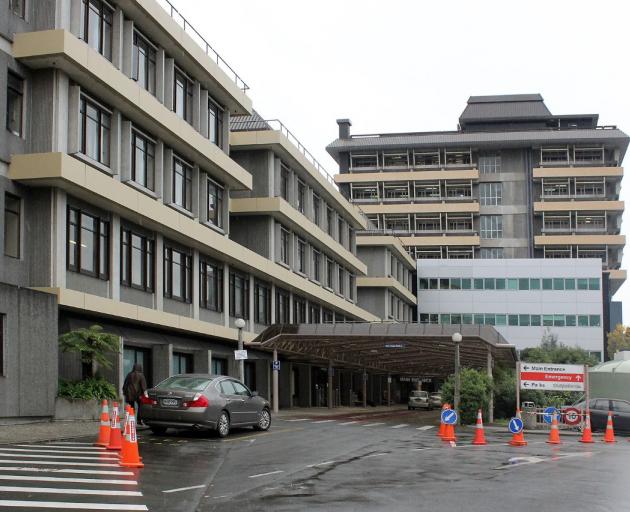 Christchurch Hospital. Photo: Geoff Sloan
He couldn't give a definitive timeline on when the national management plan would be in place. Big questions regarding how much health care should be in hospitals, and how much in the community, and major findings from the health and disability system review, are still ahead. "We don't want to rush this."

His National opponent agrees. "One of the things that we can't do is plunge ourselves into the very large capital projects without knowing that we can pay for it," Woodhouse says.

But that may not wash with Christchurch Hospital's senior doctors.

"We need urgent and fast-tracked decisions regarding our facilities," they told the minister in their blunt letter last year.

Meantime, hospitals are relying on stopgap funding, such as $26m for Palmerston North to give critical services elbow room and fund a cardiac care unit enabled by Liam Greer's new power cables. 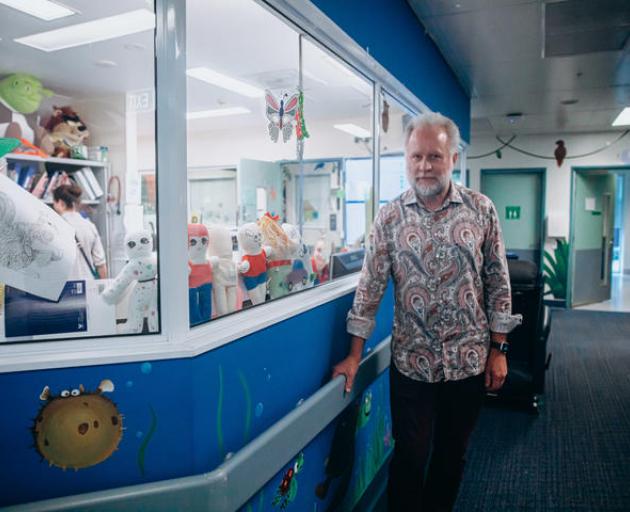 "Patients’ lives would be at risk if risk mitigation strategies were not in place," Dr Clark says. "Our staff do a fantastic job ... I'm not day-to-day concerned about the way in which they manage those risks."

That means that at Palmerston North Hospital, staff must continue to very slowly and carefully wheel patients into surgery down narrow corridors lined with equipment that's overflowing the available storage space.

"You've got your sickest patients going from theatre to ICU ... going up and down lifts for four floors," Dr Brown says.

"We don't believe patients have come to harm, but we've had to become very good at looking after patients on lift rides." 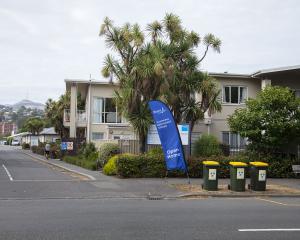 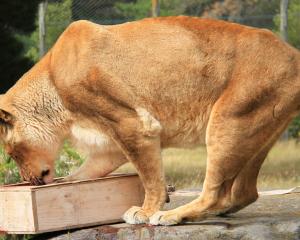