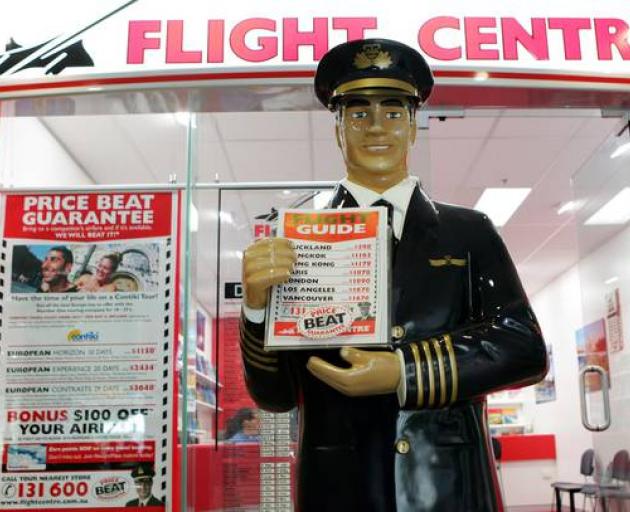 The company has lost 600 staff since Covid-19 hit. File photo
Flight Centre has laid off a further 230 staff, which means its workforce is half of what it was at the start of the year.

The company has lost 600 staff since Covid-19 hit and says the latest redundancies come as the wage subsidy runs out and border restrictions remain in place.

"We do not want to see these great people leave our business. We took every possible step to save these roles but, in the end, we were left with no choice," said David Coombes, managing director, Flight Centre NZ.

"Too often over recent months have I had to say that this is the most difficult day in Flight Centre New Zealand's history, yet here we are again. The impact Covid-19 has had on our industry and our business has forced us to take actions that were previously unimaginable.''

In late March it laid off about 250 staff who had been at the firm for a year or less and in April furloughed 300 staff, 230 of them were made redundant today. A further 120 staff have left through natural attrition.

Coombes said the business had every intention of bringing furloughed staff back but after consulting those affected it became clear that redundancy was the only viable option.

Border controls have continued beyond all original expectations, and meaningful work for the scale of employees the firm once had will not return for some time.

"Our core product – international travel - has effectively been taken from the shelves and, while we anticipate a strong rebound in time, it is impossible to predict the timeframe for recovery,'' said Coombes.

Flight Centre - and other agents - have been fighting for an extension of the wage subsidy or some type of additional support for the industry for some time.

''Unfortunately we've not had that yet from our Government," said Coombes.

''While outbound travel has been one of the hardest hit by Covid-19, travel agents have been overlooked in the additional Government support packages announced to date, leaving the industry fighting to save employees and process $1.5 billion of travel refunds for Kiwis.

''Each day there are new cases of Kiwis stuck abroad where the experience of our travel experts is vital in getting them home safely," said Coombes.

The firm is seeing some of its corporate market recover and is doing more domestic bookings than before but it relied heavily on international leisure bookings for the bulk of its income.

Its parent company has also made layoffs in Australia and around the world.

Yesterday a travel agents' group, Taanz, was part of a tourism and aviation submission to the Government calling for certainty on what extra help may be available to the sector, which has many businesses on the brink.