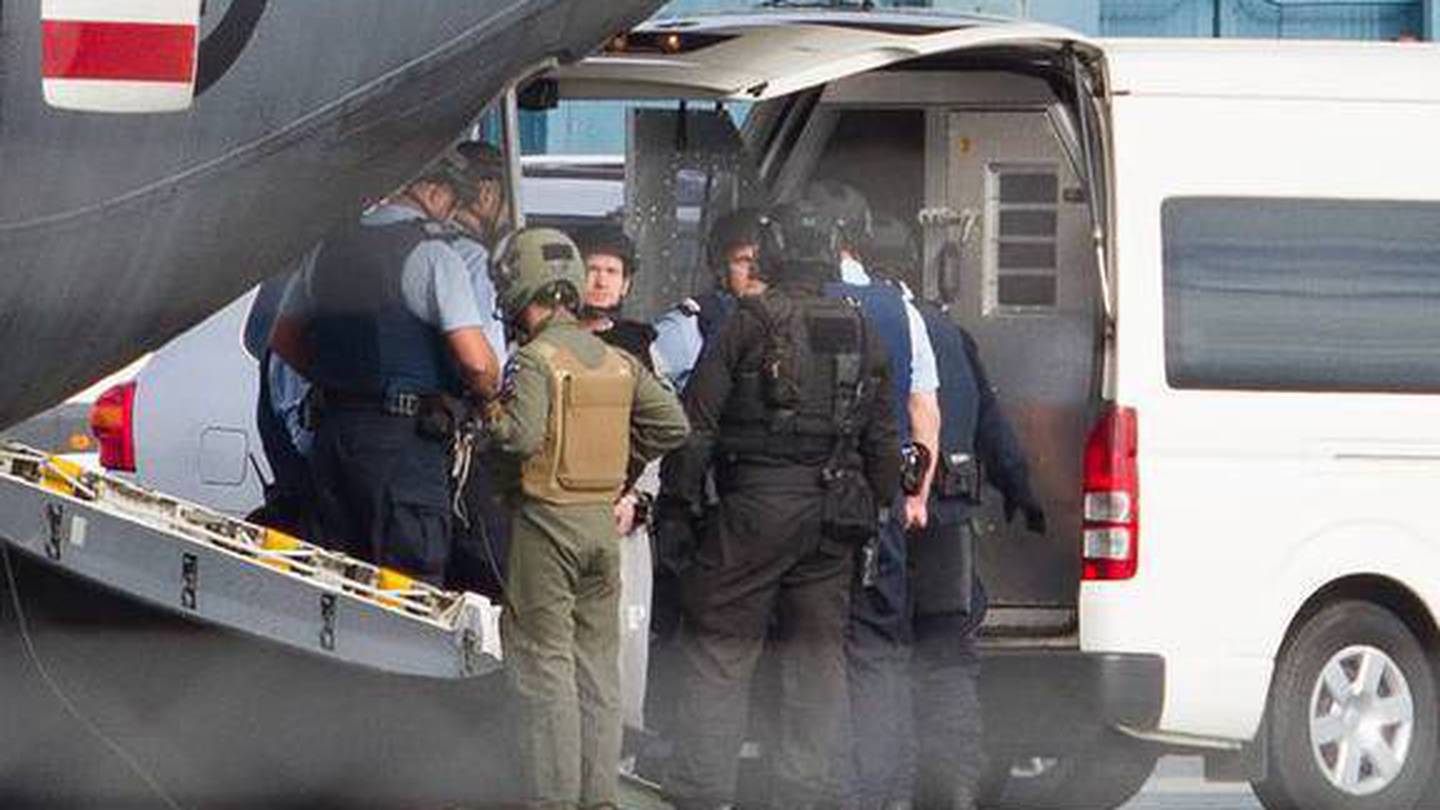 The 29-year-old Australian terrorist was jailed for life without parole in August for murdering 51 Muslims at two Christchurch mosques on March 15, 2019.

The New Zealand Defence Force has already revealed it cost $39,321 to transport the gunman on a Royal New Zealand Air Force C-130 Hercules from Auckland to Christchurch.

Today the Corrections Department has revealed it cost them a further $150,000 to ferry the killer to and from his sentencing.'Corrections was the lead agency in ensuring the "security and safety of the terrorist and the staff" – from both Corrections and other agencies – who were responsible for managing him during the intense four-day sentencing hearing in late August.

Officials were also responsible for managing the security operation involved in escorting the killer from Auckland to Christchurch – and back again.

Corrections says the $150,000 figure is comprised of personnel costs (including overtime and allowances), accommodation for staff, car hire and petrol, and other costs relating to "operationally sensitive matters, which we are declining to detail for security reasons".

"The sentencing of the Christchurch terrorist was a significant operation for Corrections in terms of ensuring that he was managed safely and securely during his sentencing," Corrections said today.

"Corrections played a key role as part of a multi-agency operation alongside the Ministry of Justice and Police."

However, they may be given further invoices in the future – including the likely cancellation fee for a motel used to accommodate staff.

"The fee was incurred as a result of the prisoner's trial being scheduled and then cancelled as a result of his guilty plea, resulting in amendments to the motel booking," Corrections says.

"The amount of this fee is in dispute, meaning Corrections does not currently have a figure for this cost."

Meanwhile figures released by police reveal their costs to ensure the safety of the public and victims during the sentencing were almost $150,000.

He initially pleaded not guilty to his offending but later changed his mind and admitted 51 charges of murder, 40 counts of attempted murder, and one of engaging in a terrorist act, laid under the Terrorism Suppression Act 2002.