$680 million-plus stadium: Can Christchurch afford it?

0 Comments
Ratepayers are likely to get their say on whether they are prepared to pay for the massive blowout in the cost of building Christchurch’s planned 30,000-seat covered stadium.

It was revealed on Wednesday the cost has jumped to at least $673 million – up to $150 million more than was initially budgeted.

Christchurch City Council will now consult with the public to decide what is its next step in the ongoing delayed and cost blowout stadium saga.

Residents groups canvassed by The Star yesterday feared ratepayers would bear the brunt of escalating costs. 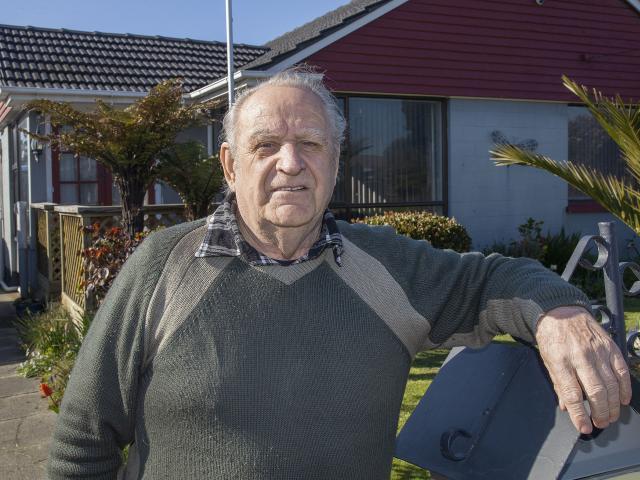 “I’d half-pie been expecting it, but not to that extent,” he said.

“I think a lot of people want to see it go ahead but people have got to be worried about the over costs. I wouldn’t be surprised if it blows out to double that by the time it’s finished. What construction do you ever seen done to cost?

“Some people will change their opinion,” said Houliston, who expected the stadium to be a talking point at the association’s next meeting at the end of June.

“I’d be very surprised if people would be impressed with a big increase in rates.”

Said Brian Donovan from the New Brighton Residents Association: “There will be a massive rates burden to add to already stretched household budgets.

“If the project goes ahead at that level there is a feeling the money will be sucked from other projects and wider community will suffer.

“We’re alarmed at how the city council appears to have mismanaged the whole process. 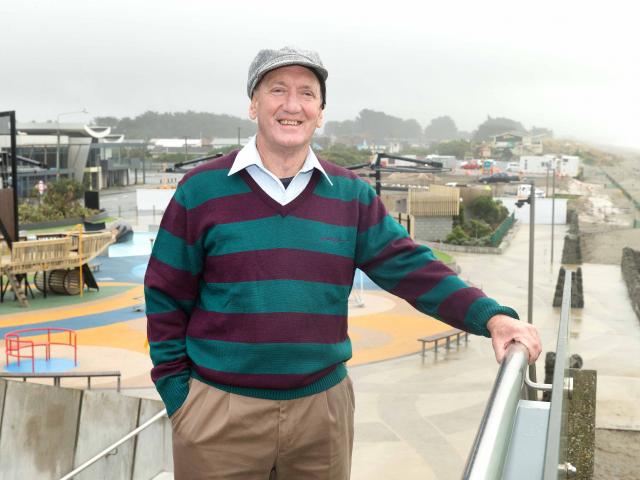 Brian Donovan. Photo: Martin Hunter
“The city council got it wrong pushing for the extra seats when it probably could not sustain that number all year round.”

A report recommending the city council starts consultation with the public will be presented to councillors at their June 9 meeting.

If approved, the consultation process would start on June 10.

A city council document released to coincide yesterday’s announcement said the impact on rates was still being calculated and information will be supplied “as soon as it was available”.

Posters on Star News' Facebook page were also concerned at the blowout.

Chris Jackson summed up the views of many when declaring: “Procrastination at its finest. Only have themselves to blame.”

“The council are doing everything possible to scrap the stadium,” added Garry Mitchell.

Anna-marie Pycroft offered an alternative view: “Who cares just build it!! It’s all part of infla-tion.”

She had support from Dean August: “Just build it or ChCh will be left behind wondering what happened, take the money from the Cathedral budget I reckon.” 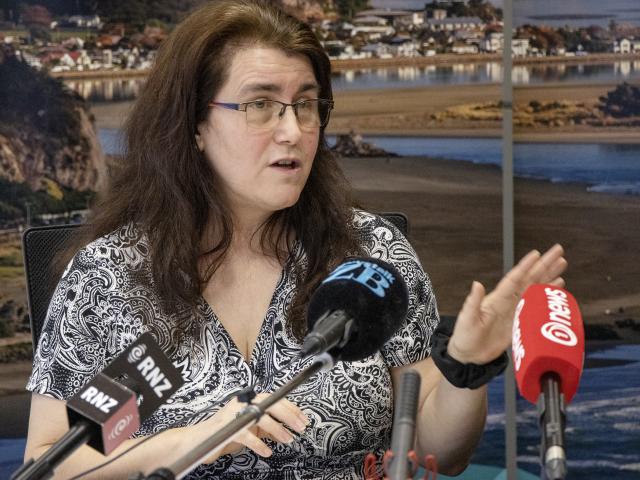 Dawn Baxendale speaking about he cost blowout. Photo: Star News
Beth Owens, who lives a block from the work site, told RNZ she just wants to see it done after years of delay.

"It's go big or go home to be honest, because like, if you're going to through the effort, why do reduced seating numbers that aren't going to pull in All Blacks games and all that sort of stuff, 'cause surely that's the whole point."

Her partner Justin Rypma agreed - he thought the council should bite the bullet.

"It could up being even more expensive down the road, you don't know with material shortages if it's just going to become more expensive in another five years."

But another resident Logan Sanko told RNZ the project should be scrapped altogether, and the money used for housing and other infrastructure.

"$700m could be spent much better than in a stadium, there's a lot of different infrastructure needs that could be spent on, and probably have better impacts on the average person as opposed to a stadium.

"Housing would be a good start probably."

The opening date for the planned multi-use arena, which is to be built on the site bordered by Hereford, Barbadoes, Tuam and Madras Sts, has also been pushed out to April 2026.

“We have advised the mayor and councillors that we have received the final design and construct submission from our lead contractor, BESIX Watpac, and we now project the price of the arena at $673 million,” Bragg said.

“Also, at this stage BESIX Watpac are unwilling to provide a fixed price for some materials because of the volatility in the commodity market, so unfortunately that means there is still a risk of further cost escalations, which we have estimated at $10 million.

“This means that the increase could push the total cost of the project to $683 million. We have asked BESIX Watpac to bring the costs down and to provide a fixed price to eliminate any risk to the council of further escalation. We have expectations that they will do this over the next week.’’

Bragg said Te Kaha is “very concerned” the construction market has driven the project so far over budget.

“We have been open about the fact there was a high risk that the cost of building the arena could escalate beyond the $533 million budgeted, given the impacts of the pandemic and the war in Ukraine on the global commodity market and supply chains,” he said.

“However, we did not expect the cost to escalate to this level.” 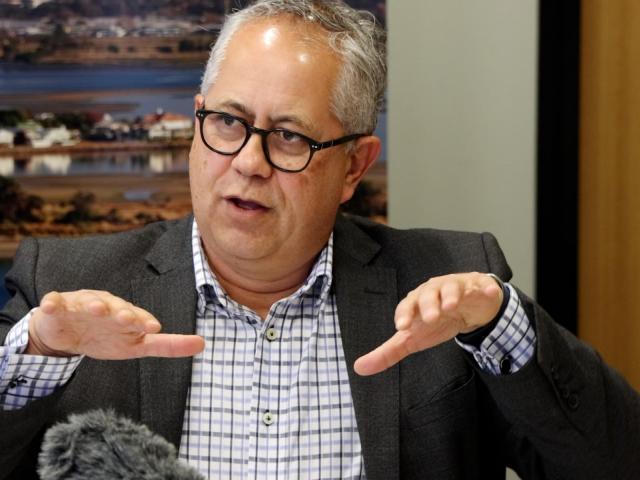 If Te Kaha cannot bring the project more in line with the budget, the council will need to increase the budget and take on the risks of further cost escalations, scale back the project or halt it entirely, Baxendale said.

“The council is going to have to make some very difficult choices because it is clear that building the city a multi-use arena will be far more expensive than ever envisaged,” Baxendale said.

She said council could opt to complete the detailed design and then reprice the project at a later date, when the costs may have come down.

“We will need to consult with the community about the additional funding and will continue to work closely with our Crown partners,” Baxendale said.

Council staff said if the budget increase was approved, a significant increase in rates could be needed to bridge the cost gap.

Councillor Sam MacDonald said the price hike was not ideal, but thought it would be more catastrophic to pause the project now.

"Ultimately this comes back to the fact that this stadium should have already been built.

"It was bumped down the road in 2013, and now the council are playing catch up, and unfortunately the rate payers are looking at wearing the bill for a council that didn't deliver this when it should have."

Residents will be able to formally voice their opinions after councillors vote to consult next Thursday - a legal requirement for a cost this large.

"It's not just about rugby" - Crusaders CEO

Crusaders chief executive Colin Mansbridge told RNZ's Checkpoint the budget blowout was disappointing but the issue was about more than just rugby.

"It's pretty disappointing, it's Groundhog Day again," he said.

"I'm not sure it's anyone's fault but it feels like we're doing it over and over again that's for sure."

As one of New Zealand's largest cities, the question was whether Christchurch could afford not to have it, he said.

"You almost have to ask the question, can we not afford to be a complete city and not have a multi-use arena here?

"We've just been to Melbourne recently... you go there and it feels like a very whole, complete city. Even Auckland it's got everything it needs, we've got a big hole in the ground and it's right beside the central city and every time you walk past you just feel it's incomplete," Mansbridge said.

The city could not afford to continue missing out on major entertainment events and concerts, with promoters opting for more cities with more attractive venues such as Dunedin's Forsyth Barr Stadium, he said.

"New Zealand Rugby brings a test here every now and then and if we have a venue they will bring tests here and they're great for the city... [but] it's not just about rugby there's plenty of opportunity for this city to start to fill up with some of those events we haven't seen for nearly a decade now."

The city needed the stadium, Mansbridge said, but acknowledged the frustration of more hurdles in the construction process.