In a statement today, the Ministry of Health said that nationally, there were 4924 new community cases.

Eleven deaths nationally have been recorded: three each from Southern and the Auckland regions, two each from Canterbury and MidCentral, and one from Taranaki.

There are 424 people in hospital today, compared with 332 the same day last week.

Seven people were being treated in intensive care or a high dependency unit. 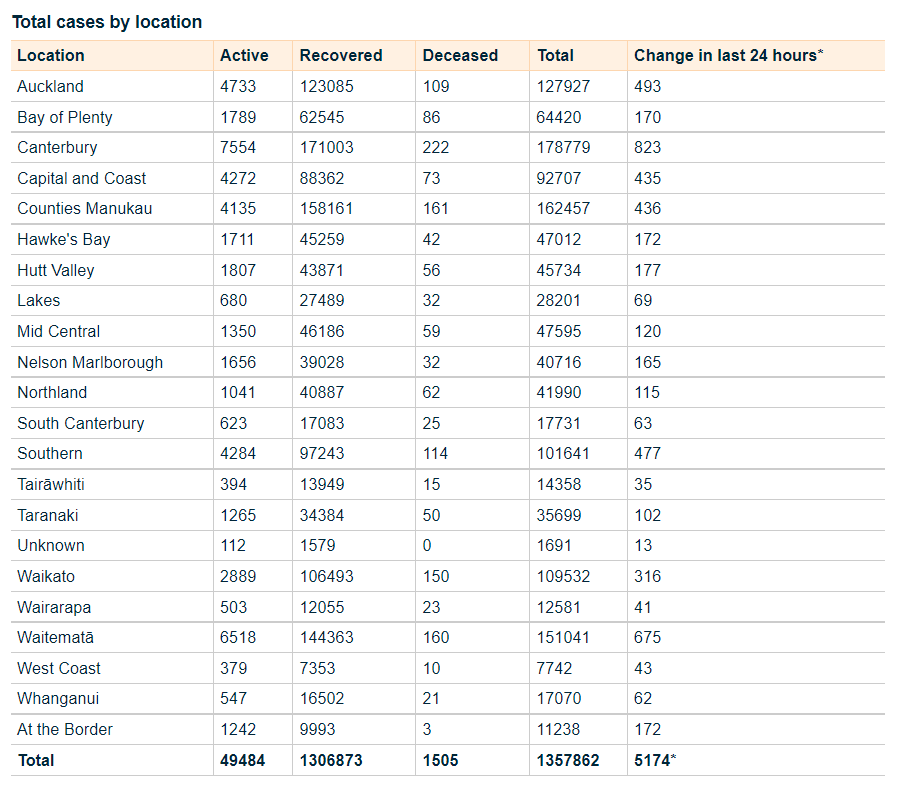