0 Comments
There has been another fire in Christchurch - this time at an abandoned house on Fendalton Rd.

Emergency services were alerted to the blaze in Fendalton about 2.15am today and arrived to a two-storey home well involved. 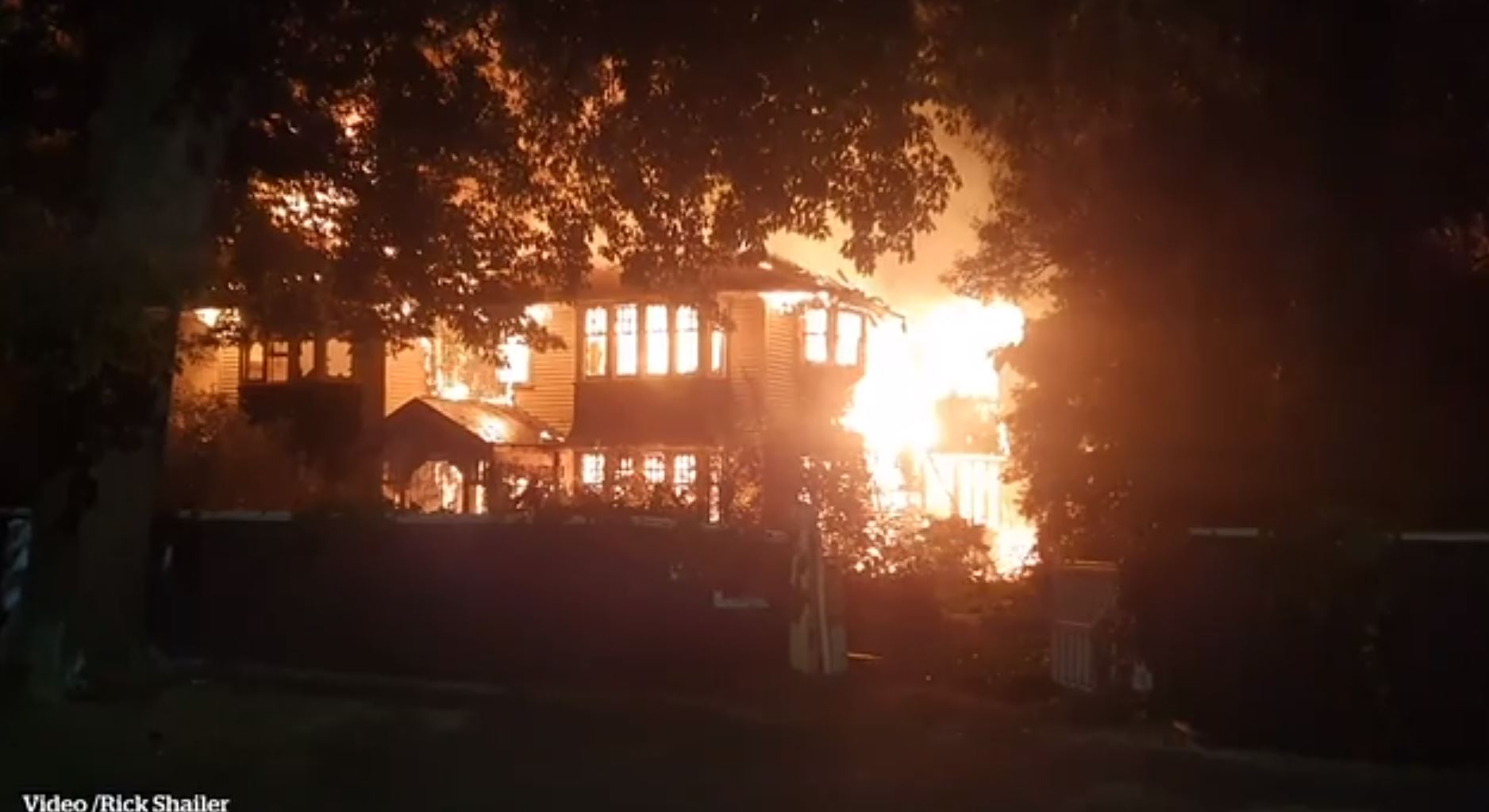 Six fire engines and a command unit were in attendance. A police spokeswoman said officers evacuated at least one property because of their proximity to the fire, with the occupants returning home about 4am. 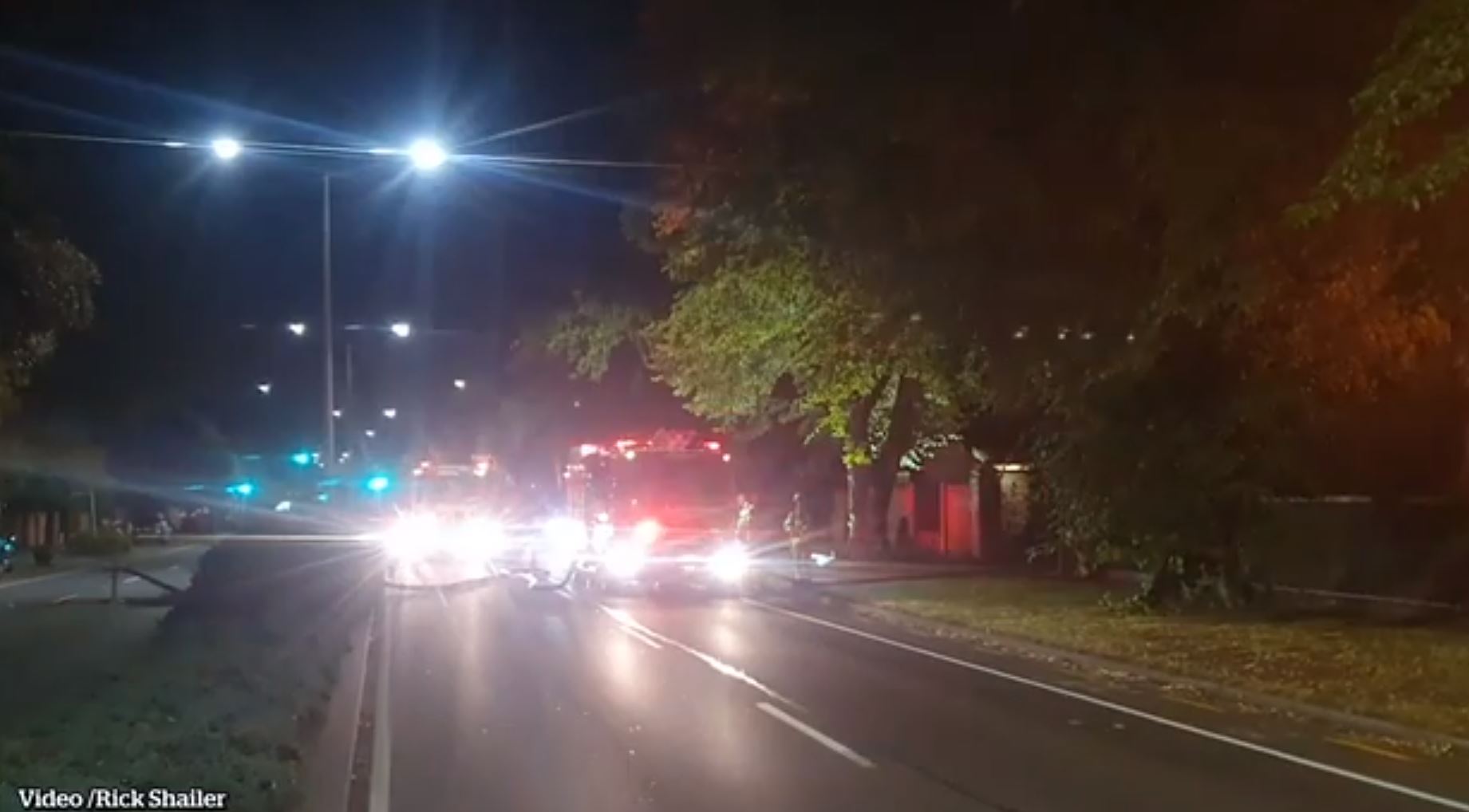 It was extinguished by about 7am and crews were on site dampening down hot spots.

He said the house appeared to be abandoned and unoccupied.

Norris said an investigator was on site this morning.

A longtime observer of the house told the Herald it was frequently visited by trespassers.

A caretaker from the church across the road, Greg Brown, said he would frequently shut the property's gate to keep people out.

He said it was often visited by kids who would even have parties in the house - a home which has been abandoned since the Christchurch earthquakes.

Fendalton Rd was down to one lane heading into the city at 7am. 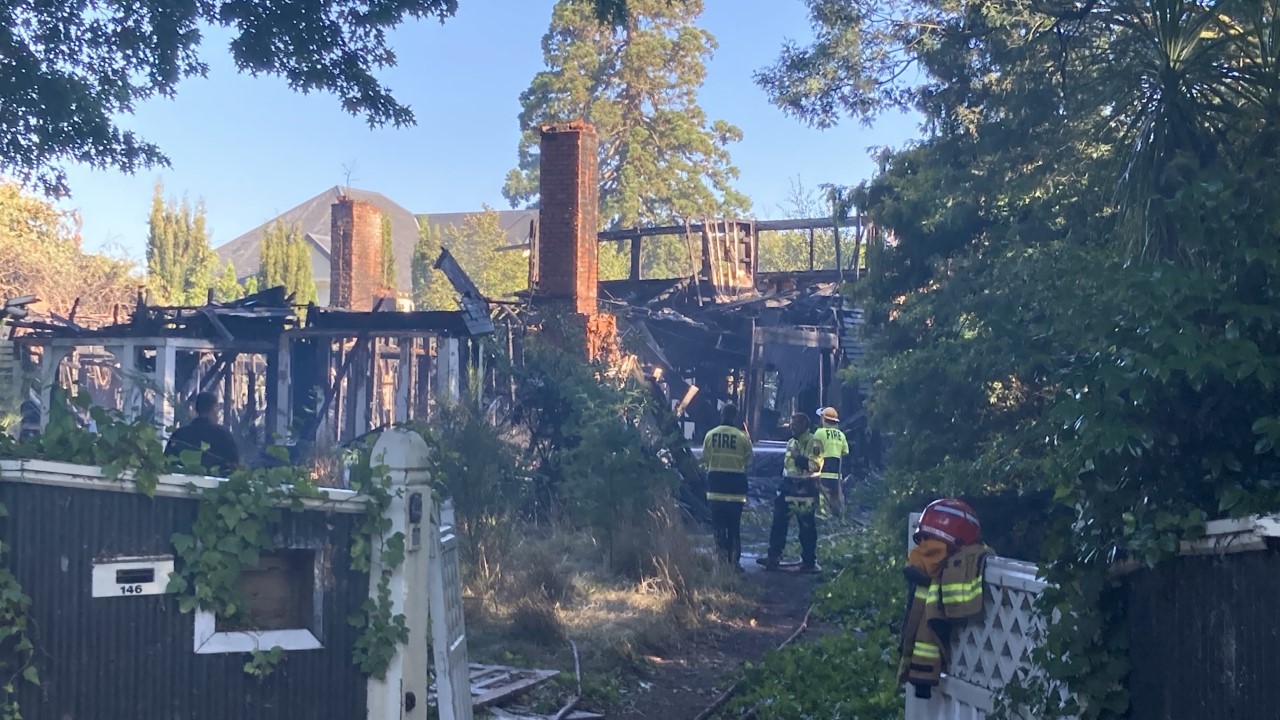 The house after the fire this morning. Photo: Geoff Sloan
It is the second suspicious and third total fire in Christchurch in a week.

A 105-year-old house in Park Terrace was significantly damaged on Sunday.

Thomas and Laura Mckellow are the owners of the property. 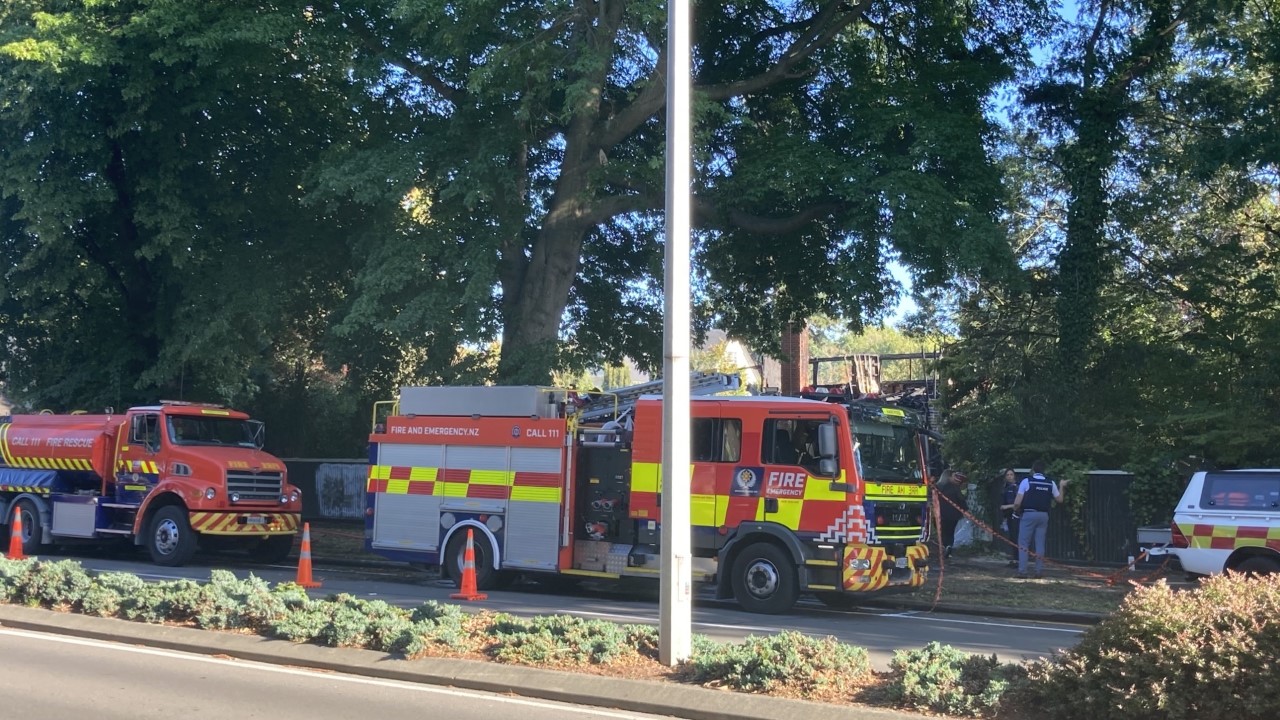 Firefighters at the Fendalton house this morning. Photo: Geoff Sloan
They told the Herald a family member and some friends were visiting for the weekend but were out at the time of the incident.

"They returned home to find the house in flames. We are truly devastated by the loss but are just thankful no one was asleep upstairs at the time.

"My wife and I have worked tirelessly to restore the property to its former glory from earthquake damage and this is a real blow to us. We would like to thank emergency services for their quick response and efforts to control the fire," Thomas Mckellow said.

Temperatures in the city reached 37C on Tuesday.

A 31-hectare blaze broke out on Pines Beach at about 3pm on Monday.

It forced the evacuation of five homes and 30 firefighters were continuing to deal with hotspots at about 2pm on Tuesday.