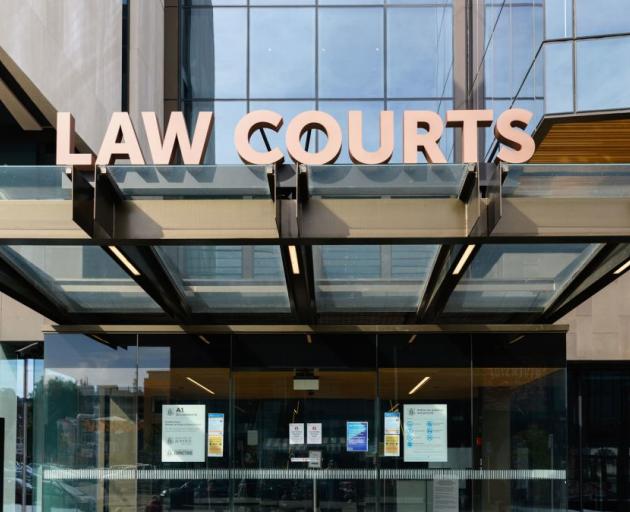 Photo: Star News
A judge says a couple's treatment of an elderly Christchurch man was "akin to torture".

Christchurch District Court Judge Mark Callaghan has remanded both of them in custody for sentencing on October 11.

He found the couple guilty of elder neglect for their treatment of the man's 90-year-old father, who suffered from advanced dementia and was kept locked up at home for most of the day.

The trial was told the man was kept locked in his room for up to 16 hours a day with limited access to light, fresh air and cleaning facilities.

The three-week trial last month was told that he was kept in adult nappies and a wet suit overnight because he might soil himself.

The couple was found guilty of failing to provide the necessities, which was likely to cause adverse effects on the old man's health.

Judge Callaghan found the son not guilty of failing to keep records as a person who had a power of attorney but has convicted him of 32 charges of theft relating to his father's assets. He has also been found guilty of one charge of forgery.

The judge found the son guilty of assaulting his father for an incident after he soiled himself when the Crown said the son pushed and threatened him.

The couple have interim name suppression, pending an appeal, scheduled to be heard in the High Court on July 14.

Judge Callaghan said he did not find the evidence given by the son credible. The court heard how the man's mother had told him they would pay for all his expenses and anything he needed in return for him looking after them credible.

Judge Callaghan said: "There are inconsistencies throughout (the son's) evidence, making him an unbelievable witness."

The judge found in his decision that the thefts involved a total of $216,000 over three years.

The trial saw a lot of footage of the elderly man's treatment and living conditions which had been recorded on video.

Judge Callaghan remanded the couple for sentencing on October 11. Both defence counsel, Clayton Williams for the man and Nicola Hansen for the woman, applied for bail for their clients pending sentence. The Crown opposed bail being granted.

Judge Callaghan refused bail, saying the couple's treatment of the man was "akin to what the public would regard as torture".

The Crown alleged that the 90-year-old man was locked in a dark room for up to 16 hours a day and clad in an adult nappy and a wet suit he could not remove, for whenever he soiled himself.

Its case in the three-week hearing was that he had no access to light, fresh air, or water. The light switch was taped off, the window was securely closed, and a sheet was fastened outside the house to prevent any daylight getting in even if the curtains were opened.

The man's son and his partner were charged with neglecting the vulnerable man by imposing the conditions he lived in, and for failing to get him his prescribed antibiotics when he was discharged from hospital after a bout of pneumonia.

The man faced 52 charges alleging he took a total of $275,239 from the elderly man's bank account while he had enduring power of attorney, or from the family trust account.

He also faced one fraud charge, with the police alleging he transferred $35,000 to the account of a company he owned and used it to buy a vehicle. When a lawyer who was a trustee questioned the transaction, the police say the man provided a false document showing that the money had been used for repairs to the elderly man's house.

Crown prosecutor Penny Brown told the judge-alone trial that at 8.30am on June 23, 2020, the police executed a search warrant at the house. They found the old man in his bedroom, shut in with a bolt on the door and a key lock. There was an overwhelming smell of faeces. The light switch was taped off, and the bedroom window was secured with duct tape so there was no ventilation.

The couple had interim name suppression throughout the trial. It was refused but defence counsel indicated they would appeal the decision and that meant the orders continued until the appeal hearing.

The couple challenged the Crown's allegations of neglect, including evidence that antibiotics could have the side-effect of causing diarrhoea.