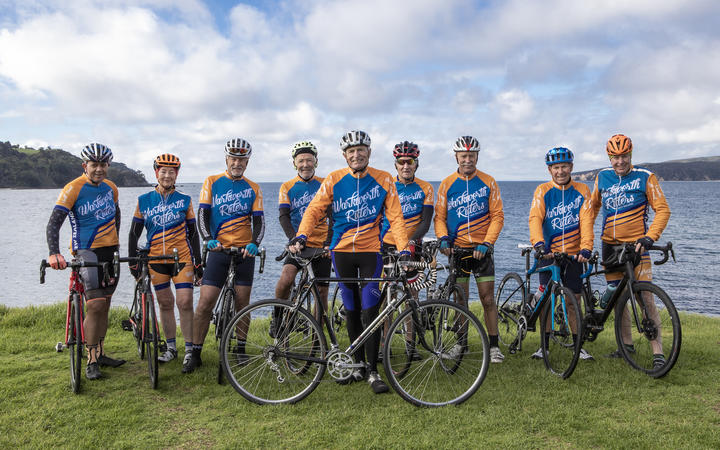 The octogenarian and masters world mountain biking champion has been nicknamed the 'antique roadie' and is racing to raise $80,000 towards research for spinal injury treatments.

Winkie will attempt the road cycle race over the high peaks of Banks Peninsula for the first time, riding from Christchurch to Akaroa in the South Island.

He told First Up the funds raised will be donated to the Catwalk Trust.

"A friend of mine badly injured his back in February and it ought to have been a very minor injury but which then turned out really bad," Winkie said.

"One friend of ours broke his neck while he was skiing and another friend went down in a bunch crash in a bike race. It's not as uncommon as you think so an awful lot of people should benefit from the research that hopefully this fundraising event will help finance."

Winkie is no stranger to the world of cycling. He's won multiple world titles and after first learning how to ride a bike at the age of 6, he then went on to riding seriously and competing by the age of 40.

He invented the revolutionary Keywin Speed Pedal - a "twist-out release" principle that is now adopted by virtually all pedal makers around the world.

It's been hailed as one of the greatest innovations in cycling since the invention of the pedal itself and Winkie said it's a lifesaver at traffic lights.

"I had an idea to develop a system where you actually clipped into a pedal with a special device on the sole of your shoe, so I did that in the eighties," he said.

"It started off purely as a safety idea in my mind when we developed the first prototype on it and I went up my first hill, I realised it was a massive performance gainer at the same time. Within a couple of years, just about every cyclist in the world was riding clippers' pedals.

"It was an amazingly fast uptake and we were very chuffed to have invented that." 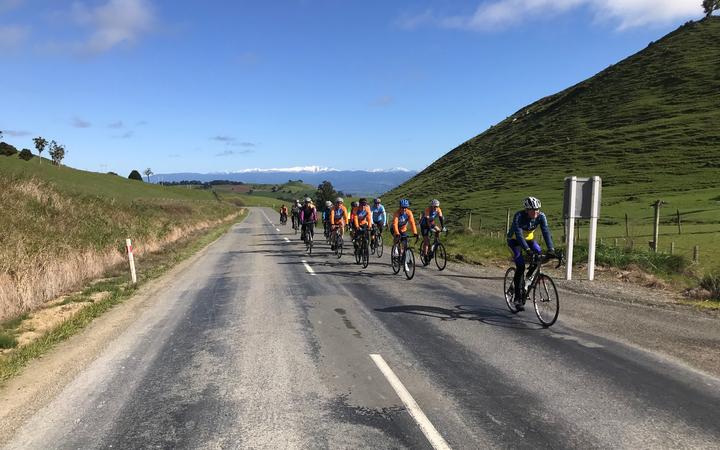 Winkie on a training ride. Photo: Supplied
Winkie said he is excited about Saturday's race and hopes the weather will be on his side.

"I'm told there's about 1600 vertical metres to climb on it so for me on the old bike, at my age, it's quite a challenge.

"But I'm looking forward to it. I think I'll be alright."

Winkie will be riding his 80-year-old trusty Duckett bike which he bought in East London in 1953 at the age of 12.

"It was well second-hand then. I bought the bike out of paper round money so it took me an age to get enough money together. It's amazing how it's lasted with such little help to be honest."

He hopes people will jump on board and donate to the cause.

"It's such a wonderful trust to contribute to which will have tremendous benefits for years and years to come for the people who do have spinal injuries and problems. So if people can get behind it and make a donation, we'd be immensely grateful."