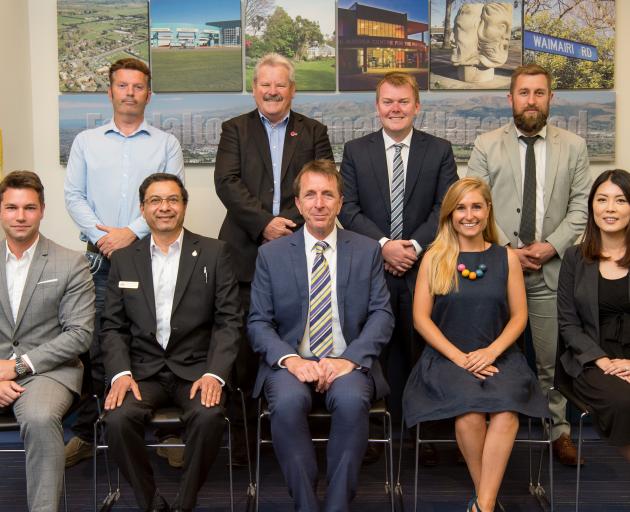 The third term board member was deputy chairwoman last term to Ms Jones, and was unanimously voted in last week to lead the board for the next three years.

Ms Jones was not at the meeting last week, but she had already informed the board members she did not want to be considered for the role of chairwoman, and the board had discussed that Ms Norrish would be a good fit for the role.

Said Ms Jones: “I wasn’t prepared to put my name forward for the role. My personal earthquake claim needs to be my top priority at the moment.”

Ms Norrish said her good local knowledge and experience as a deputy chairwoman will serve her well in the new role.

“Being the deputy for the last term has equipped me well to serve in this role,” Ms Norrish said.

The challenge for deputy chair was close, with community board newcomers Simon Britten and Emma Twaddell both nominated for the role.

Mr Britten won the vote 3-2, and said he looks forward to bringing his experience in working collaboratively and his experience with chairing other boards to the role.

The Fendalton-Waimairi-Harewood Community Board will be led by experienced four-term member David Cartwright.

But Mr Cartwright plans on stepping down after about a year in the role to allow a younger board member to take on the role.

He hopes the initiative to change chairs catches on in other boards across the city.

Bridget Williams may be just the right fit to step into the role of chair in a year’s time, and she was unanimously elected as deputy chairwoman at the meeting.

Said Mr Cartwright: “[The plan is that] I will remain chair and allow Bridget to understand the intricacies and ins and outs of the details and commitments of the chair and deputy chair.”

Mr Cartwright hopes to play a part in getting a tree policy, which relates to safe removal and maintenance of the city’s trees brought into action, which has been sitting in a draft format for about 17 years.