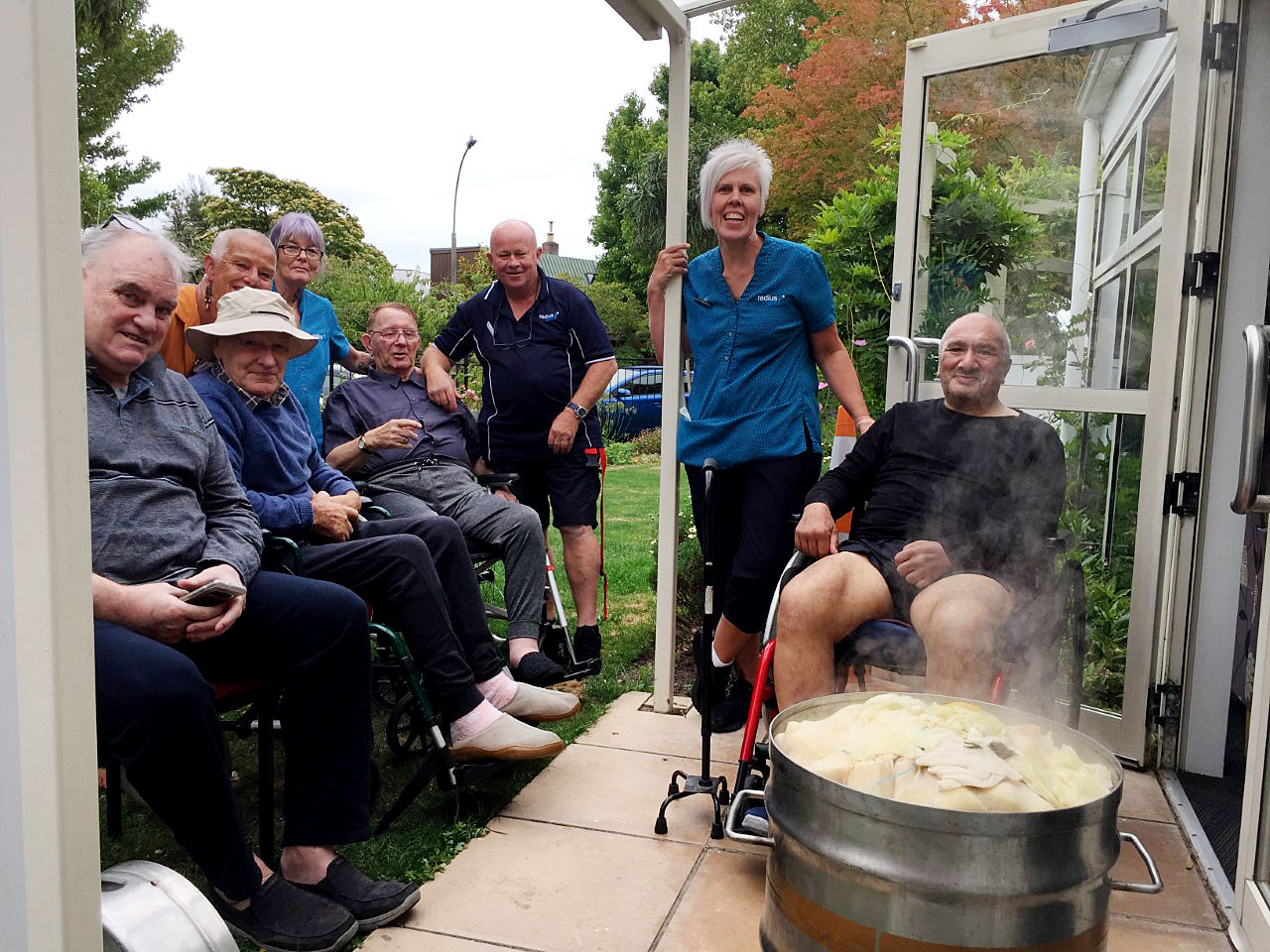 The annual tradition was led by Bill Parker, a diversional therapist who has worked at Radius Hawthorne for more than 20 years.

He built the hāngī inside a beer keg, and it took four hours to cook. The ingredients included kumara, potatoes, cabbage, chicken, pork and lamb.

On the morning leading up to the lunch, Māori residents were in high spirits, singing waiata and reminiscing about hāngī from their earlier years.

A number of elderly Māori and pakeha residents were thrilled to be involved in preparing and eating the hāngī.

“The smell of the food took me back and boy it tasted good,” said kaumātua resident Jeff Samson.

“Supporting people’s cultural traditions when they’re in a rest home environment is part of truly caring for an individual and giving them a full, active life in later years,” facility manager Jacqui Boylen said.

The elderly residents themselves often have strong international connections to countries in Europe, the United Kingdom and elsewhere.

“Cultural celebrations lift the spirits of residents, encourage them to discuss new topics, and it’s also a great way to build social connections between residents and staff,” Boylen said.