'A bunch of flowers and a wheelchair': Record-breaking runner surprised at airport 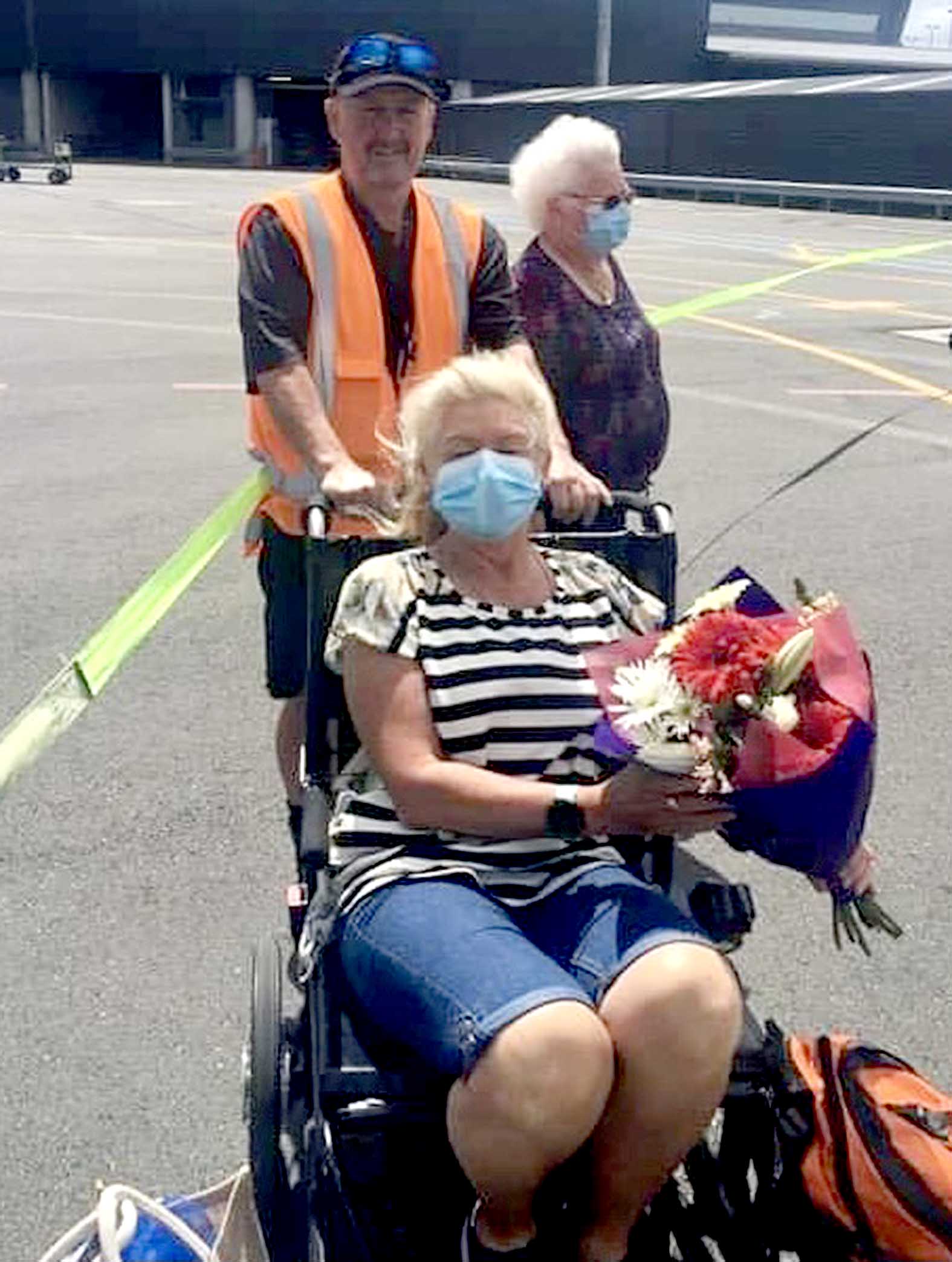 A wheelchair was on hand for distance runner Judy Brock – thanks to her brother Darryl – when she returned from her 100th marathon. Photo: Supplied
Judy Brock had a wheelchair waiting for her on the tarmac when her flight landed at Christchurch Airport.

And although the gesture was tongue in cheek by her brother Darryl, the record-setting marathon runner already had talks with a surgeon booked.

The 56-year-old from Mt Pleasant completed her 100th marathon – the Wanganui 3 Bridges – last Saturday to be the quickest member of the 100 Marathon Club New Zealand to reach the milestone.

It is all but certain to be her last marathon, as a damaged left hip needs attention, or at least rest.

She was due to have a chat with a surgeon this week to discuss an action plan.

“I’ll ask him about doing half-marathons. I may be able to become a five or a 10k specialist,” she said.

Brock clocked 6hr 3min 27.82sec to be the 56th of 69 confirmed finishers in Wanganui, though the time and placing was the least of her concerns. 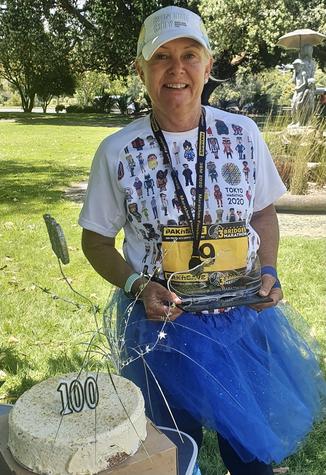 Brock ran her first marathon in November, 2014 – in New York – so she set the new mark comfortably, in spite of limping from the 30km mark.

“It was neat because my mum (Lorraine) and my husband (Stu) came up. They held the pink ribbon at the end for me to go through,” she said.

“When I got on the plane from Palmy North they made the announcement, then when I got off the plane my brother, who works for Air New Zealand, he was at the bottom of the ladder with a bunch of flowers and a wheelchair as a joke.”

Brock, who plans to take up lawn bowls in the New Year, had planned to post the ton in New York, but was rapt to hit the line closer to home.

“It was wonderful. I got to share it with lots of neat people. It was a great end to the journey.”