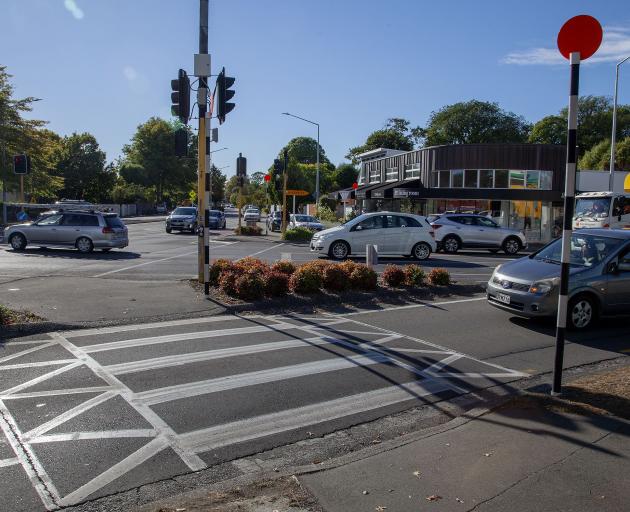 Christchurch City Council will review the infrastructure at the Clyde Rd and Memorial Ave intersection in an effort to make it safer for pedestrians. Photo: Geoff Sloan
A collision between a vehicle and school pupils has prompted a call to install cameras at a busy Christchurch intersection in a bid to catch drivers who fail to give way.

Sue Bennetts was driving past the Clyde Rd and Memorial Ave intersection when she saw a Cobham Intermediate School pupil lying on the ground, and another in the back of an ambulance.

The incident came as no surprise to her, having lived in the area for 15 years and experienced near-misses at the pedestrian crossing closest to BP on a “weekly basis.” 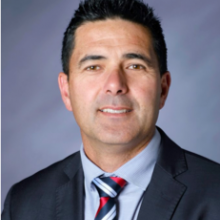 Eddie Norgate.
Principal Eddie Norgate confirmed the pupils were hit by a vehicle but said it occurred near the crossing, not while they were on it, and that it was a “genuine accident.”

Said Bennetts: “I moved a month ago and now drive past the spot. I used these lights every day for 15 years, and every day vehicles turning left from Clyde into Memorial would run red lights and drive straight through the crossing without stopping or looking.

“I have written to the (Christchurch City) Council and rung police with number plates of offenders but nothing has been done. There needs to be signage and a red-light camera installed immediately.”

On one occasion she followed a vehicle that nearly hit her to a nearby supermarket to take down its details for police.

Police told her they sent a letter to educate the driver and she decided not to take the matter further.

The collision she described at the intersection was not the first.

A few years ago the city council installed “speed bumps” when another child was hit by a car.

“It doesn’t seem to have deterred anyone. It makes me nervous for these kids, we’ve seen the aftermath of an accident [before].”

City council transport operations manager Steffan Thomas said there has been two minor injury crashes at the crossing in the last 10 years, both involving pedestrians.

The intersection as a whole over the past 15 years saw a total of 34 crashes – 14 of those resulting in minor injuries, but the majority involved right-turning vehicles into Clyde Rd.

Jones said police data showed the intersection in question to be of lower risk than many others around the city.

Said Thomas: “Concerns have been raised regarding queueing to turn right into Clyde Rd from both approaches, particularly during school pick up and drop off times.” 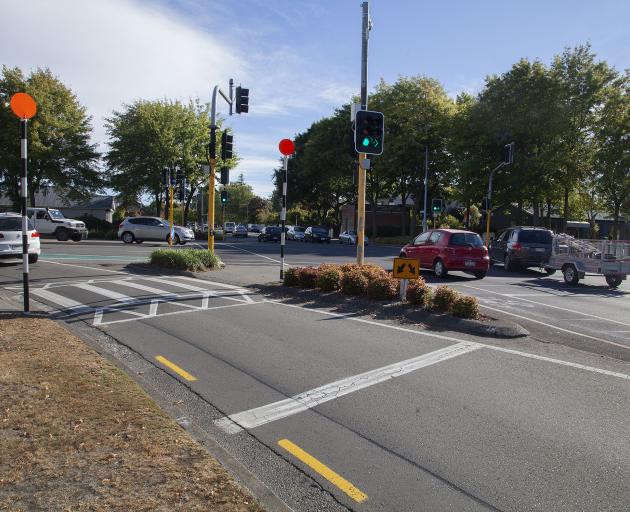 But installing red-light cameras as requested by Bennetts would not benefit the concerns, said Thomas.

“The crossing in question is currently a zebra crossing and is not controlled by traffic lights, hence a red light camera may not provide any benefit to this specific concern.”

However, city council staff will review the existing infrastructure and if needed, will look at updating and improving signage to warn approaching drivers.

Said Thomas: “We are currently working with police for the introduction of red-light enforcement cameras in Christchurch, as we recognise and support red-light cameras as viable crash-reduction tools.”