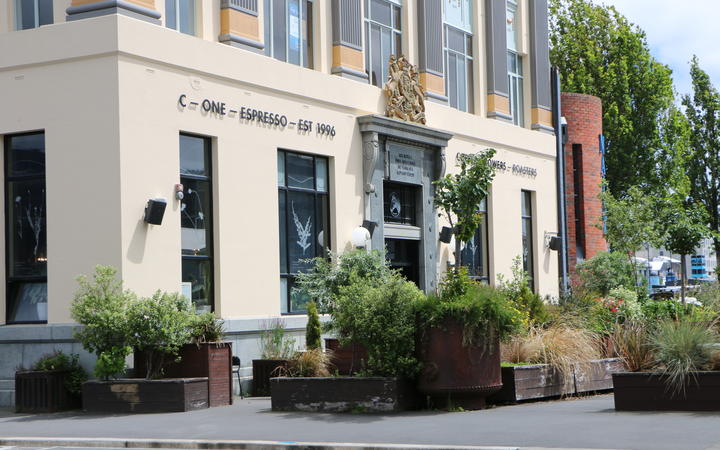 Photo: RNZ / Eleisha Foon
There was no noon rush at C1 Espresso yesterday - just four tables were full at the usually bustling café.

It is one of Christchurch's most popular and last year owner Sam Crofskey was inducted to the Restaurants Association's Hall of Fame.

That's all now on the line.

The Restaurant Association is investigating the claims as calls mount for Crofskey to be removed from the association's Hall of Fame, after allegations of a 'toxic work culture' emerged.

The association would not agree to be interviewed but in a statement chief executive Marisa Bidois said it "does not condone the type of behaviour described by former employees of C1 espresso in any way".

"The information came to light late last week. The Restaurant Association is supporting the owners and staff of C1 Espresso by undertaking a review of its current employment processes. We are working with the team at C1 and reviewing processes, checking agreements and policies as part of our review process which we expect to conclude by mid next week.

"We hope that these incidences coming to light serve as a reminder to employers of their responsibility to their workers." 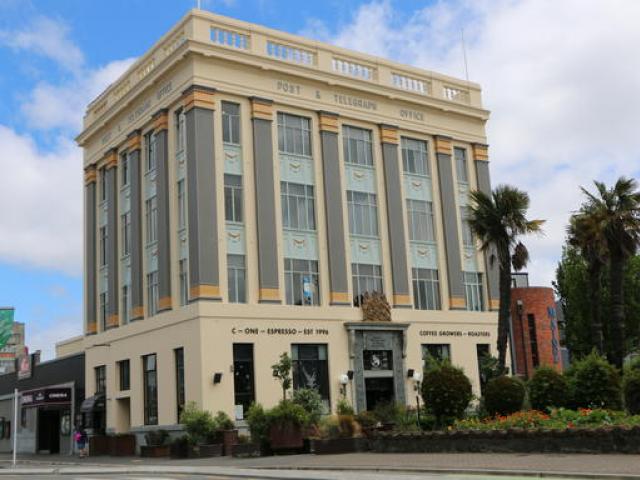 Photo: RNZ / Eleisha Foon
Nearly 1500 people have signed the petition requesting for owner of C1 Espresso in Christchurch Sam Crofskey to have his award rescinded.

Former employees started to share their stories of working at the cafe after a woman who went for an interview there wrote about her experience on a university facebook page.

Former staff members told RNZ they were not given adequate breaks, were never allowed sick days, never received a copy of their contract and once they left were not paid out holiday leave.

"During my interview for the job he asked me if I had anxiety or depression - I told him I did but that I was on medication.

"He said good because he couldn't have people calling in sick as it's not allowed and lets the whole team down," a former employee said.

The woman, who worked at the cafe for six months, said Crofskey would often call people "retarded" to their face and was verbally abusive.

"If something was slightly wrong he would call everyone out of the kitchen and yell at everyone - he would often call people out and make them cry in front of others."

The whole work culture was toxic, every day you would have to say hello to him in the morning and if you didn't then you would get in trouble - if you were a manager you would be responsible for the other staff to say hello, she said.

"We had a few disagreements and that's when he called me for a meeting and told me that no-one wanted me at the cafe anymore but that it was my decision as of what to do."

The former staffer said Crofskey is very manipulative and knows he cannot fire someone without reason so purposely puts the ball in their court.

"You would go to work and think 'I wonder who Sam is going to pick a fight with today'."

Another woman who worked at the cafe for years said there would be a constant revolving door of new staff.

"He, (Crofskey) would always be interviewing people, because people would just get sick of the way they were being treated and just walk out.

"I guess I didn't leave earlier because you know that if you leave then everyone else has to work harder," she said.

The woman said she once worked 18 days in a row.

"It's like it's Christchurch's dirty secret, everyone knows about it but somehow the business is still operating.

Crofskey addressed the allegations on the company's Facebook page, which has since been deleted.

"After seventeen years of owning and working at C1 I've decided to take a long break to reflect on the conversations of the past week.

"During this time I will be taking professional advice around workplace culture and will assess my fit in the company," Crofskey said.

He said the past week had been challenging time for the 25 staff at the cafe who had to face negative comments.

"Our staff will continue to do an excellent job delivering the coffee, food and service that C1 has become famous for and we are looking at ways to support them through this tough time," he said.

She had collected hundreds of testimonials and was supporting former employees by giving them tools to take action and a platform to share their story.

"We have spoken to a number of union officials, employment advocates. We are in the process of filing things, reaching out to as many people as we can."

She had come up with an action plan to equip people to take action with their stories to have the courts address the allegations, "If we don't do it now, it will never happen."

Employment lawyer Susan Hornsby-Geluk hoped the attention the situation was getting would lead to change.

Addressing the allegations, she said it was "intrusive and oversteps the mark" for employers to ask people about their mental health, i.e. whether someone had depression or anxiety during a job interview - something Crofskey was accused of having done a number of times.

She said people were allowed five days sick leave under the law, and that would be changing to 10 days under the new government.

When it came to taking breaks, if a person worked eight hours they were entitled to two 10-minute breaks and a 30-minute lunch break.

She said the "harassment and bullying culture within New Zealand" must change and that "employers needed to held to account".

"I hope it truly emboldens other hospo workers to know they can speak out and know what has happened to them matters and it needs to stop."

The Restaurant Association said it expected to have concluded its review of C1 Espresso by the middle of next week, and called on other hospitality business owners to understand their legal responsibilities.