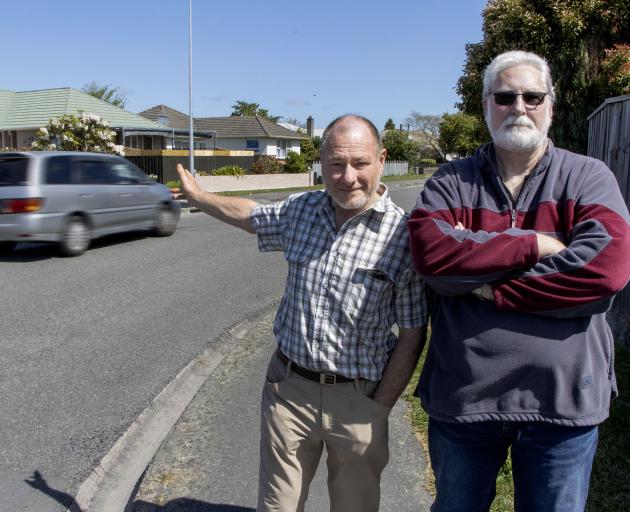 Blankney St residents Don Pilgrim and Gary Curtis are concerned about cars losing control on the sharp bend in the road, evidenced by a recent crash. Photo: Geoff Sloan ​
The sound of a car crash at 7.30am on a Sunday morning, knocking askew both a lamppost and his neighbours’ fence, was a literal wake-up call for Christchurch's Don Pilgrim.

His request to the Halswell-Hornby-Riccarton Community Board to slow traffic on Blankney St, Hornby, was penned the very next day - and then signed by 14 other area residents.

During a board meeting last week, Pilgrim spoke of his concerns about traffic speeding around the sharp bend in the road.

"I had it in my mind prior to that crash, but that crash was the catalyst," Pilgrim said.

His letter was also included in the meeting agenda. It asked the board "to represent us to the appropriate authorities so that timely action is taken to slow traffic on the above corner as it will only be a matter of time before an injury or fatality occurs". 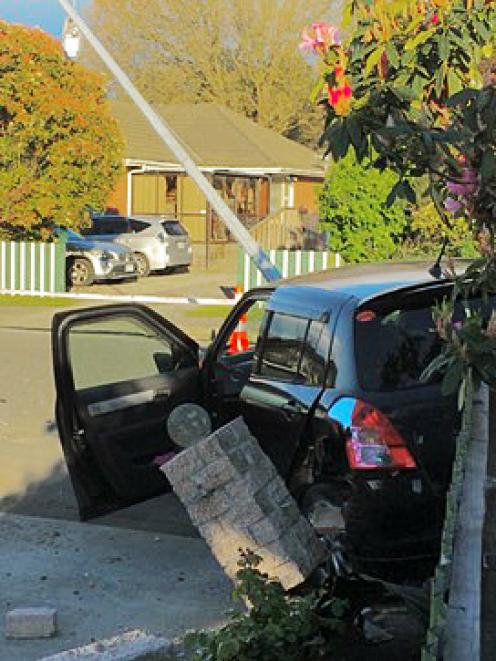 The aftermath of a crash on Blankney St last month. Photo: Supplied
The sharp angle of the corner, where visibility was an issue, meant that cars sometimes lost control.

It was not sign-posted, and as with the rest of the road, had a speed limit of 50km/h.

Pilgram had lived near the corner for more than 10 years and several minor crashes had occurred in that time, so far causing only property damage.

However, drivers that crossed the centre of the road while turning posed a danger to themselves, other road users and pedestrians, he said.

"Not that everyone races around the corner, but a crash could be catastrophic."

The board agreed to request Christchurch City Council staff investigate the issue of excessive speeding on Blankney St.

It also asked to be advised on possible measures that could be taken to slow traffic in the area.

Board chairman Mike Mora offered to come and view the road in person, although so far no time had been set for this, Pilgrim said. 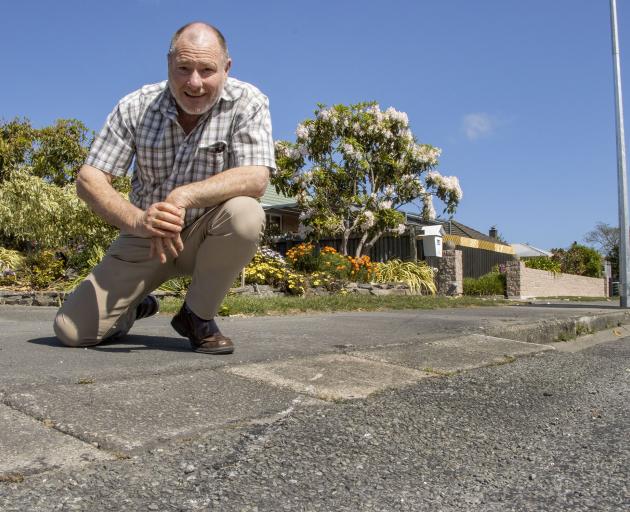 Don Pilgrim shows the scrape marks left on the ground from a car that spun out on the corner recently. Photo: Geoff Sloan