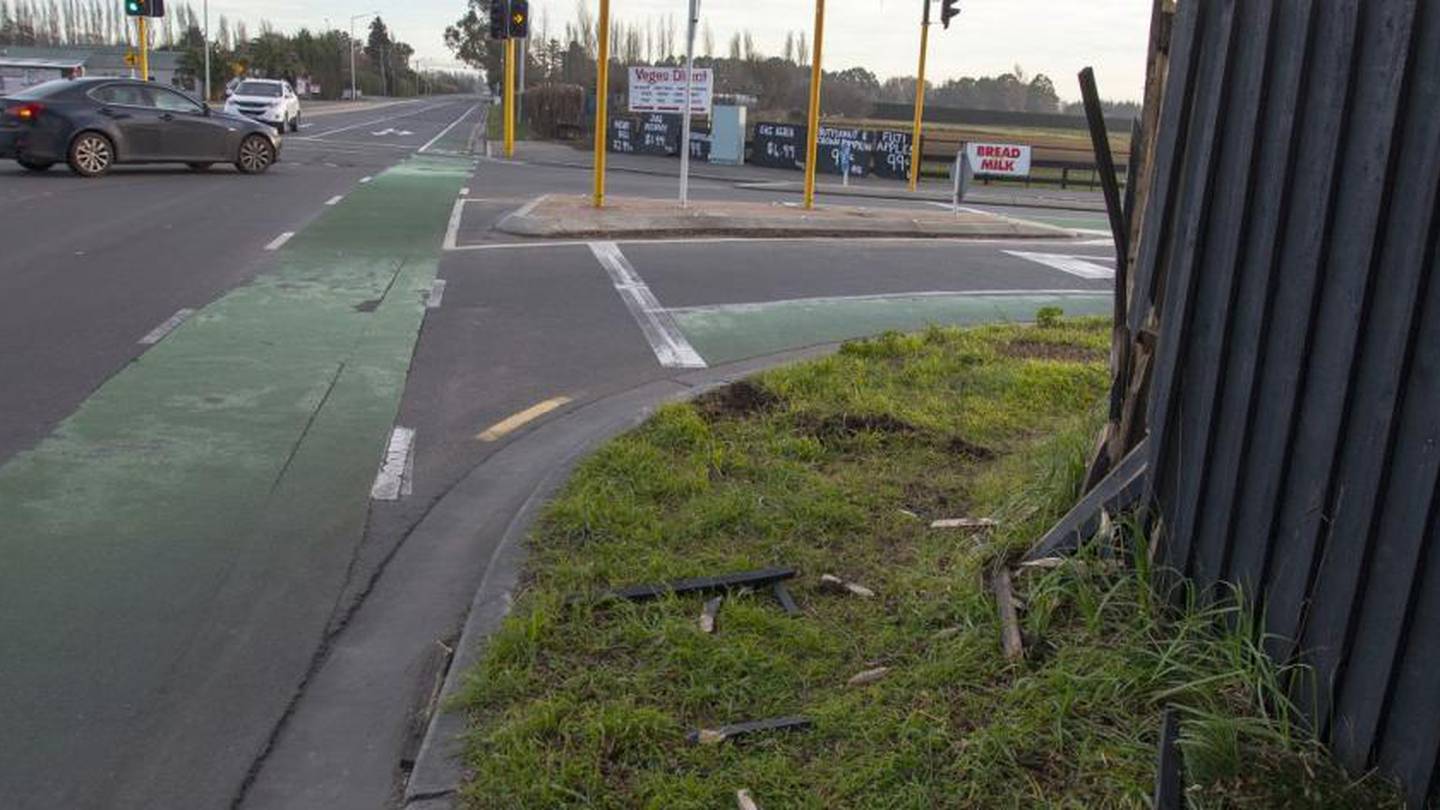 The scene after the fatal crash at the corner of Marshlands Rd and Mairehau Rd in Christchurch in August 2021. Photo: Geoff Sloan
A man has admitted his dangerous driving in Christchurch - going through a red light at high speed - instantly killed a 62-year-old woman when their cars collided.

The man left the crash scene after a witness noticed the smell of alcohol on his breath was "overpowering".

Police estimate Sunny Mikaiera Nepia (30) was travelling at well above the 100kmh speed limit along Marshland Rd and at 117kmh when his work utility vehicle struck Rachael Florence Harris' car at the intersection of Mairehau Rd.

Harris, described as a "kindhearted" woman, died on impact.

Nepia today admitted a charge of dangerous driving causing death. He had also faced a charge of failing to stop at the accident and render assistance because he left the scene.

However, that charge was later dropped because it was clear Nepia and his passenger had stopped and checked - along with other members of the public - but found the crash victim could not be helped.

The Crown said Nepia accelerated to overtake a vehicle on Marshland Rd, and nearly collided with it where the lanes merged. He continued at well over the 100kmh speed limit as he approached the red traffic facing him at Mairehau Rd.

Rachel Harris entered the intersection on a green light at 27kmh.

Nepia's car was going at 124kmh before it braked to 117kmh at the impact. Rachel Harris' car was pushed 33m along the road and off to the roadside where it came to rest.

Nepia and his passenger got out, and the passenger checked on the other driver, who had died on impact.

The witness thought they might be on drugs because of the way they were behaving. They smelt strongly of alcohol and Nepia was slurring his words.

They asked another witness for a ride, which led to "a physical altercation", and then ran from the crash scene before emergency services arrived.

One witness described the smell of alcohol on the breath of Nepia and his passenger as "overpowering".

Nepia was found at his home two days later, too late to carry out breath test procedures.

Nepia told police he was unsure of the colour of the traffic light, and he had consumed three pre-mixed bourbon drinks before the crash.

After Nepia's guilty plea in the Christchurch District Court, Judge Jane McMeekan remanded him on bail for sentencing on September 15. She asked for a pre-sentence report with an assessment of his suitability for home detention. She also referred to case for a possible restorative justice meeting between Nepia and the victim's family.