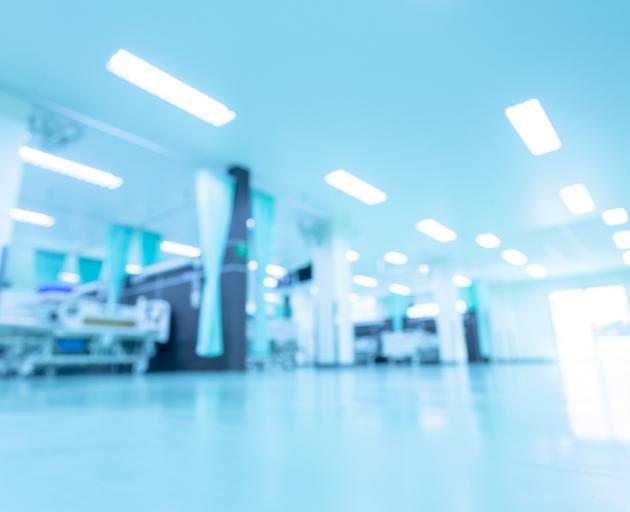 Photo: Getty Images
The Canterbury DHB has revealed it asked for $438 million to rebuild its strained hospital but has had no choice but to settle for a third of that.

The board's acceptance of a $150 million tower at Christchurch Hospital - when all modelling shows it needs two towers at least - is expected to be approved by the government's Health Capital Investment Committee on Monday.

The CDHB's own top doctors have fought for three years for many more beds.

Board chair Sir John Hansen acknowledged the truncated five-storey Tower 3 won't keep pace with rising demand on beds but said that's all the government would pay for.

"The simple reality was, we could accept the $150 million one or nothing."

That is only enough money to fit two floors out as wards, so three floors would be empty shells.

The DHB is aiming to have more funding to fit those out at the time of construction, Sir John said.

The near-half-billion request from Canterbury late last year joined the clamour from other boards for health infrastructure funding.

Amid this, some DHBs - Southern, with its new Dunedin hospital - have won, and others - Northland, which is having to make drastic cuts to its billion-dollar Whangarei Hospital plan - have not.

Sir John said the government had only just appointed him to the chair's job last December, when he heard the Capital Investment Committee had rejected the application for $438m.

"If you think I enjoyed getting this information in my second day in the role, you're quite wrong."

He was then in the "invidious" position of advising board members to urgently accept an offer they knew would result in a "sub-optimal" building.

"The members who voted in favour of this, I don't think any of them would say they saw this as an optimal outcome. But we had to go ahead as quickly as possible.

"There was a feeling this money could be risk, yes."

Two board members, Jo Kane and Andrew Dickerson, voted against the resolution.

Notes accompanying the board's resolution said: "The original request to the Capital Investment Committee was for $437.78 million to deliver a 6-ward level Tower 3 and the design for Tower 4 and Central Podium plus enabling works and minimal refurbishment of Parkside and associated facilities.

"This had been agreed in partnership with the Ministry of Health, management and clinicians as required to meet the needs of the Canterbury community and function as a tertiary provider supporting service provision across the lower North Island and South Island."

It noted about a truncated Tower 3 that "the Clinical Leaders Group did not support this option as they consider it does not provide the capacity required to deliver and sustain current service levels, and impacts on the future configuration of the Christchurch Hospital Masterplan delivery".

It said the board, "while accepting the capital constraints for the sector, is disappointed that only $150 million has been allocated to this project".

The government was putting a lot of money into health, but every DHB was "banging on the door" and the strain would only grow post-Covid, Sir John said.

The $150 million offer preceded the pandemic costs, so it might have been worse to wait, had the board pushed it back to the CIC.

But staff morale has been dropping, and sick days rising at Christchurch Hospital.

"I can understand that stress. But we didn't see an alternative to it.

"And if anyone had a financial alternative, I'd be happy to hear their suggestions."

The health bureaucrats in Wellington had demonstrated in the pandemic response they were conscious of the stress at the coalface, he added.

The Tower 3 decision complicated the DHB's master plan, though the timings to build what and when had not been agreed on with the ministry anyway, Sir John said.

"Future capital investment will be required within a short period of time to ensure the agreed capacity needs are met," the notes to the board's resolution said.

A working group has already started looking at how to meet patient demand, given ward beds will have to remain in the rundown Parkside and Riverside blocks for longer.

A 2018 independent review said these old blocks presented high clinical risks, and should "rapidly" be replaced or emptied of wards, to become offices.