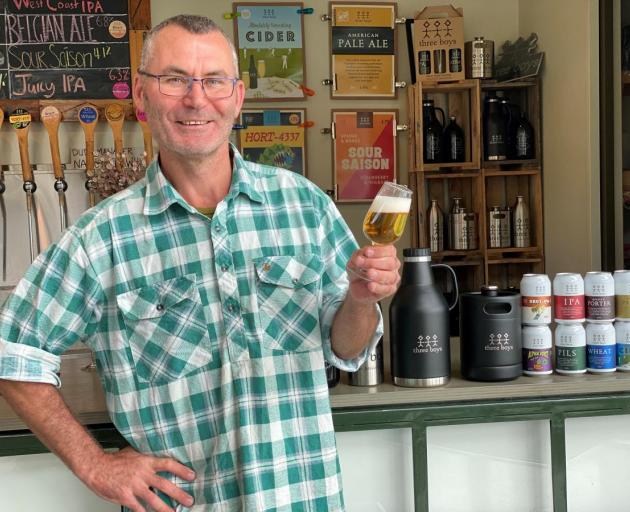 Ralph Bungard. Photo: File image
A leading independent beer brewer in Christchurch would like to see prices removed from alcohol advertising as a way to tackle drinking issues in New Zealand.

Three Boys Brewery in Christchurch took out the Exhibitor of the Year at this year's Brewers Guild of New Zealand Beer Awards.

Its owner Ralph Bungard said most of the problems with over-consumption of alcohol were linked with low-priced alcohol, and he would like to see prices removed from alcohol advertisements.

He said the price of alcohol in New Zealand was very influenced by the advertising of that price.

"We know some in the industry really use that price to drive their sales, and that's pretty much what drives the price of alcohol down," said Bungard.

"It would be really good for the industry to remove that temptation that bigger industries or sellers have to advertise on price."

Bungard said getting rid of alcohol pricing in advertisements would prevent low prices being used by retailers as "leverage" to get people into their stores to buy other products.

He said the proposal was put forward by the Brewers Guild when the government was looking at alcohol law reform a number of years ago, but was not picked up.

In addition to the trophy for Exhibitor of the Year, Three Boys Brewery took out a number of gold, silver, and bronze awards at the recent beer awards.

Bungard said he was particularly pleased with the gold award for their lager.

He said the brewing community in Christchurch was particularly strong at the moment, with some of the biggest and most long-standing independent brewers in the country based there.

"It's like the fortress of independent brewers at the moment, Christchurch - and the brewing capital of New Zealand in some way, because we don't have one of the multi-national brewers in our city, which is unusual for a city this size and certainly unusual for New Zealand.

Bungard said there was a real sense of community amongst the breweries in Christchurch, with half a dozen brewers within a 2km radius.