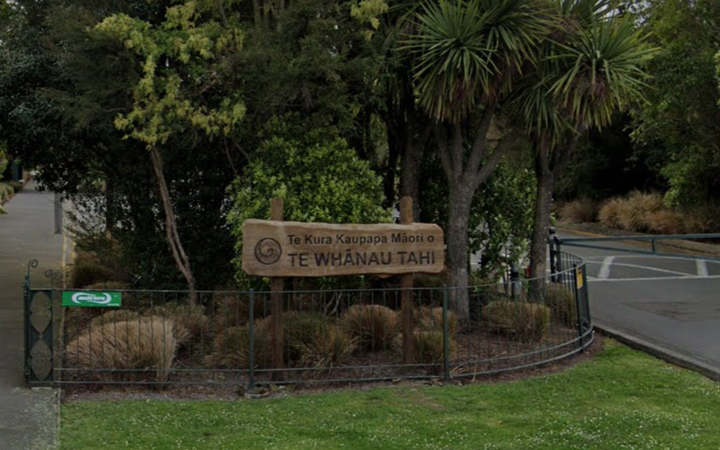 Photo: Google Maps
A Christchurch Māori immersion school has been told its dilapidated leaky building will only get a repair instead of a rebuild, 10 years after the Ministry of Education started looking at a new build.

The spokesperson for Kura Kaupapa school in Spreydon, Anton Matthews, said since 2010 the Ministry of Education has been looking at rebuilding the school and in March they were told the rebuild was confirmed.

The school, in the Christchurch suburb of Spreydon, has been in need of a rebuild for well over a decade, and has long been at capacity, he said.

Matthews said for the last 10 years there has been limited maintenance due to the promise of a rebuild, and due to being told that any maintenance costs would come out of the rebuild budget.

He said the Ministry of Education had engaged an architect and drawn up complex plans for the rebuild.

However in June the school had another meeting with the Ministry of Education and was told there was not enough money for a new building due to Covid-19, and instead the school buildings will be repaired.

Matthews said the situation was appalling and a patched up school will not be fit for purpose.

"The Ministry of Education invested a great deal of time, money and energy into determining whether our kura should be rebuilt, and the answer was an emphatic yes. It only takes one look at the cramped, substandard conditions our kaiako are teaching in to know that this entire kura is well overdue for a rebuild.

"We have been told that the rebuild was confirmed and ready to start soon. Our whānau was so relieved that after more than a decade of being in limbo, our new kura was to become a reality. We had shared the news with our tamariki and their whānau, and there was a sense of real relief and excitement that things were underway after years of discussions," he said.

He said it was ironic that the government talked of revitalising te reo Māori while their school cannot meet demand from prospective students due to a substandard building and lack of space.

"Every time we raise this, we get the brush off from the ministry. It seems that second-rate facilities are expected to be the norm for Kura Kaupapa Māori," Matthews said.

He said the ministry has said it will review the decision again in five years.

RNZ has approached the Ministry of Education for comment.