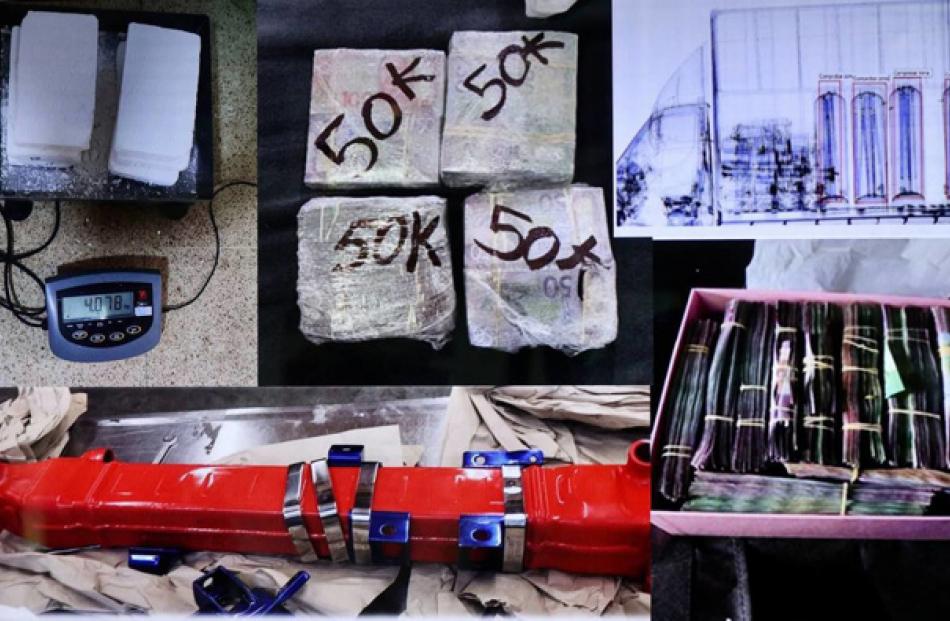 Some of the items found in the bust. Photo: George Heard
A group accused of being involved in a South American drug smuggling ring who allegedly brought 50kg of cocaine worth millions of dollars into New Zealand face a lengthy wait for trial.

Several of those arrested were farm workers, originally from Colombia, and face charges of importing the drug, participating in an organised group and money laundering.

Suppressions cover some of the accused and their identities - and they have pleaded not guilty to the allegations.

Today the case was called at the High Court in Christchurch, where Justice Cameron Mander confirmed a trial date of April 29, 2024 - nearly two years away.

The trial is expected to take up to 10 weeks. A back-up, or reserve trial, has been allocated for July next year.

Disclosure of the details of the Crown's case is ongoing, the court heard today.

Police allege that 50kg of cocaine worth millions of dollars was imported or attempted to be imported.

The police National Organised Crime Group and Customs investigation, which went on for 10 months, laid more than 60 charges in November when a series of co-ordinated arrests were made.

Many of those charged were farm workers, and five were Colombian nationals.