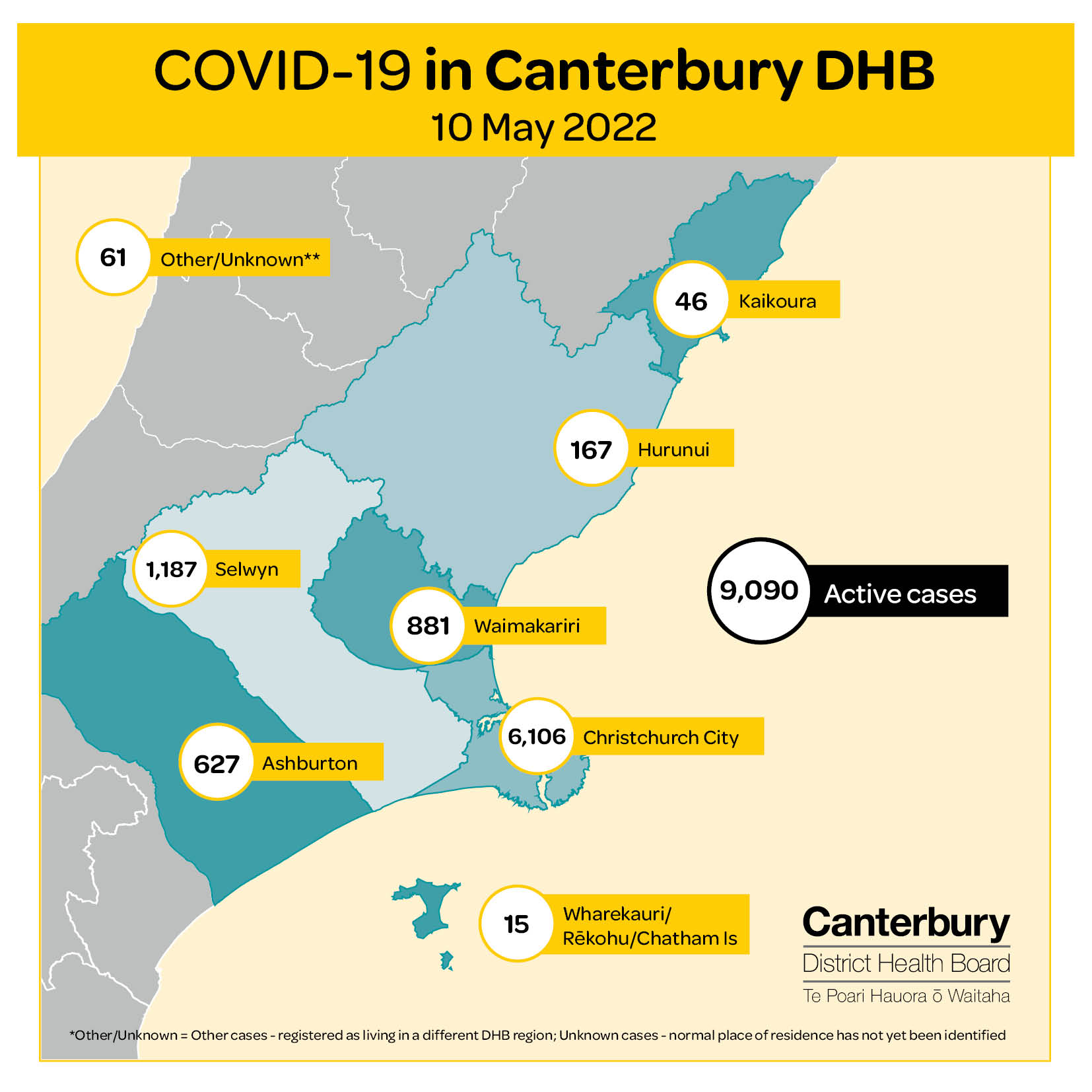 Active cases in Canterbury as of 8am on Tuesday. Image: CDHB
There are 1172 new cases of Covid-19 in Canterbury today and four more deaths related to the virus.

The Ministry of Health has reported 7970 new community cases throughout New Zealand today, as well as 381 people in hospital with the virus and 28 Covid-related deaths.

The deaths reported today include one person who died in February, five in March, 11 in April, and seven who died over the previous seven days.

Of the people whose deaths were reported today four were from the Canterbury region, two were from Northland, five from Auckland, three from Waikato, three from Bay of Plenty, two from Whanganui, three from the Wellington region, and six from the Southern region. One was in their 40s, one in their 50s, two in their 60s, eight in their 70s, 11 in their 80s and five people were in their 90s. Eighteen were men and 10 were women.

Of the 381 people in hospital, 44 are in Canterbury DHB hospitals and two are in South Canterbury hospitals.

The ministry also reported 152 new cases in South Canterbury today and 77 new cases at the border.

The number of active community cases in New Zealand now stands at 51,929, with a seven day rolling average of 7420.

The number of new cases in Canterbury today is down on yesterday's 1397 but higher than the 1033 on Monday and 914 on Sunday.

She remains in isolation along with 3-year-old daughter Neve and is handling affairs of the nation from her residence.

Yesterday there were 9173 new cases in the community and 14 Covid-related deaths were reported.