CTV survivors share bond at memorial picnic: 'We were so fortunate' 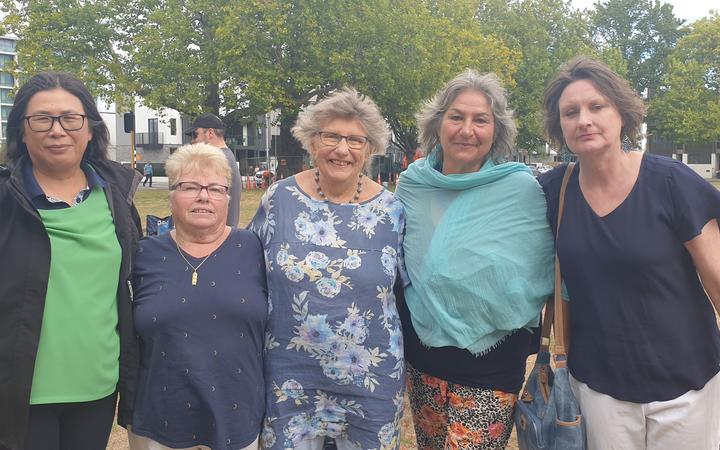 Ten years ago, 115 people died in the building's collapse, and one of those victims was Nina Bishop, beloved daughter, friend and colleague who worked as the Relationships Services administrator.

It was a poignant moment for former staff of Relationship Services who were on the sixth level of the building to re-unite to share stories and remember Bishop as a "beautiful soul" by her workmates.

Nina's mother, Vivienne McRobert, was there and said her 32-year-old daughter was also her best friend who loved people.

"She used to come home so stressed before the bigger earthquake happened. But she said, 'I've got to go to work...for my workmates and for the people'. No matter how upset she got she just wanted to be there for them...

"I wish I'd gone, and not her because she was far, far more special. I think she should have lived on and maybe it was just her time. He [God] wanted her... but it is heartbreaking - I miss her." 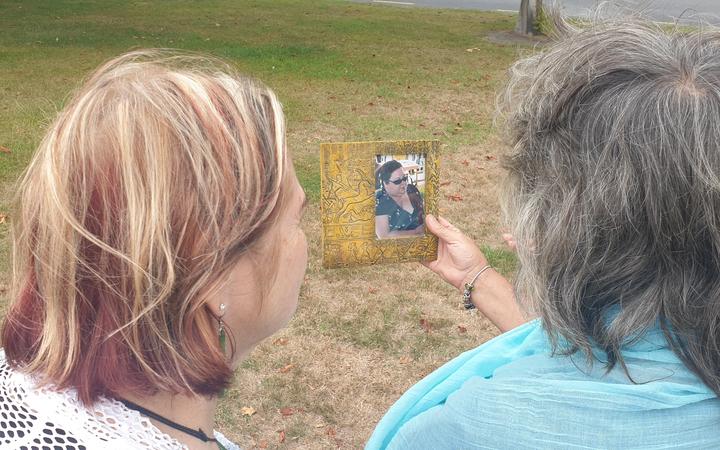 Two colleagues hold a photo of Nina Bishop. Photo: RNZ / Eleisha Foon
Two months before she died, Bishop was able to fulfil a life-long goal of visiting Egypt - a country she was passionate about. So much so, she even learned the language.

Her mother, McRobert later travelled there with the intention of scattering her ashes, but instead bought a special Egyptian vase to place her ashes in, which she still keeps.

Treatment site
For the group who gathered, uniting as a community in Latimer Square the occasion was significant.

Anne Malcolm said it was the very spot where they were all "lying on the ground...and were tended to by medical staff".

She was carried out of the CTV building by two police officers after breaking all four limbs when the building collapsed with up to 16 of her colleagues inside.

Relationship Services staff were at a cultural competence meeting when the earthquake struck at 12.51pm. 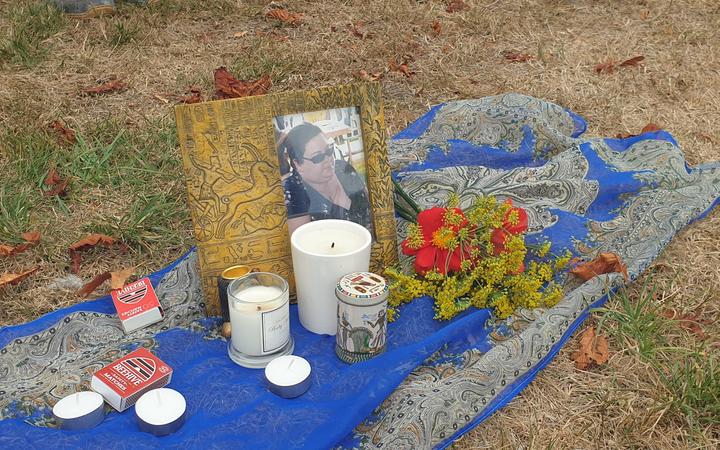 Photo: RNZ / Eleisha Foon
They were on the sixth floor when it collapsed - like a pancake. Some of the staff were trapped under masonry while other staff were able to escape more easily.

The group had met together at least twice a year for the last decade to share stories and heal together, thanks to the initiative of staff member counsellor Quin Tang.

"As we recovered...it was really important that we kept in touch," Malcolm said.

Tang said: "I realised I am not alone. Before [the quake] I was independent, I'd sort things out by myself as a solo soldier. But after that [earthquakes] I realised I'm a member of the group. I feel safe - I have that special bonding... sister and brotherhood and I no longer feel I; I feel part of we - that's the biggest change for me."

Angela Osborne, former counsellor for Relationship Services said: "We all went through a very similar experience...one of the biggest healing processes has been meeting as a group."

Former counsellor Nilguen Kulpe said it was hard for other people to understand what it was like to survive the collapse of a six-storey building. "That's why we are so vital for each other... to remind ourselves of the stories, what happened and where we were."

The group have become witnesses to each other's lives and are connected by an unshakeable bond of their survival, she said.

"We were so incredibly fortunate... we look back on it with gratitude - not only to the passers-by and the police who rescued us but the staff at the hospital who put us back together," Malcolm said.

The group are adamant Nina Bishop's memory will live on as they continue to meet together regularly with other survivors and their policeman rescuers - a reminder that there is immense power in sharing your story and "healing as a community".