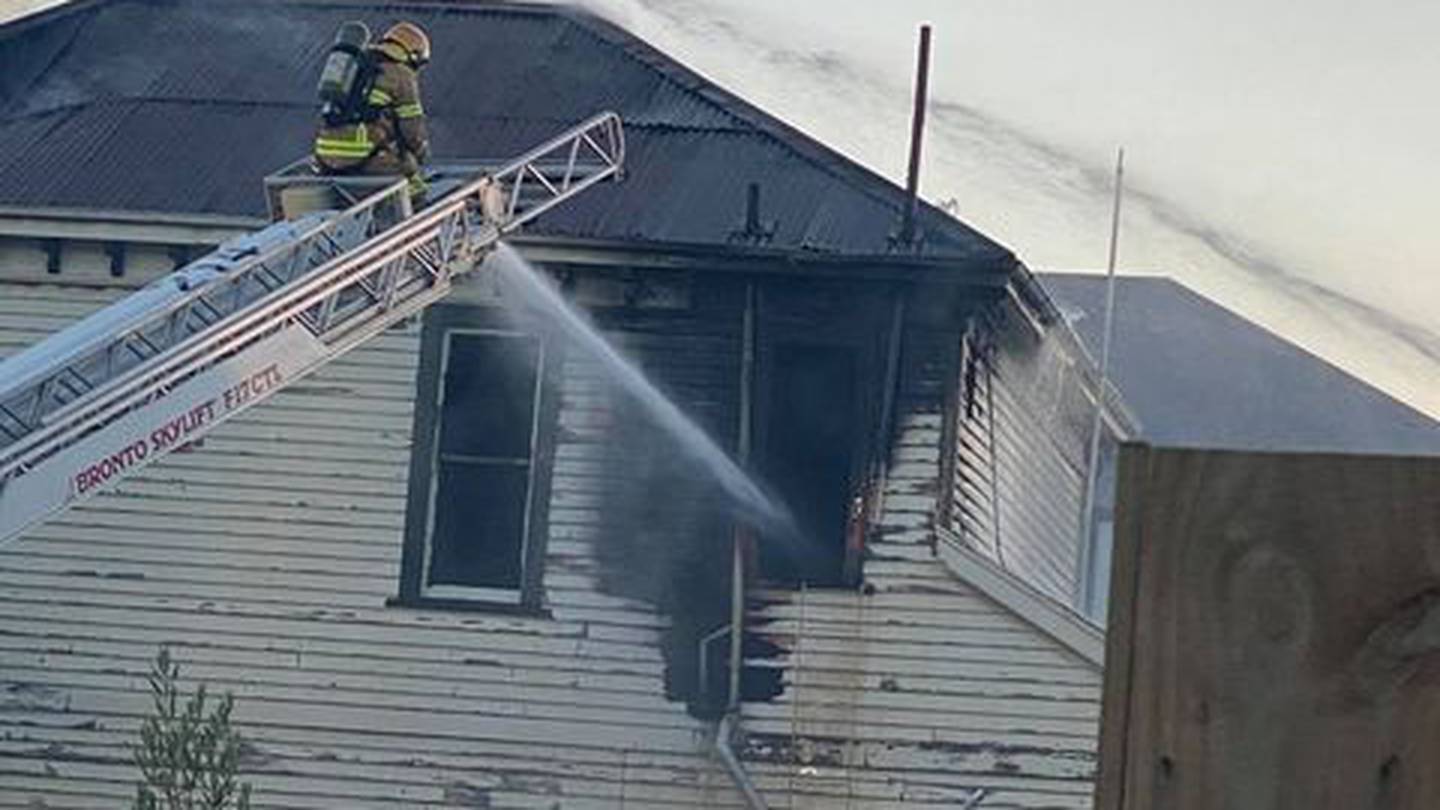 The abandoned villa, featured in Peter Jackson's film Heavenly Creatures, went up in flames shortly after 5.20am on Tuesday.

"They're just toothless tigers really you can have all the words you like in a district plan but you have to put it into action and really clamp down on these people.

"It's really demolition through neglect."

Crighton said it is cultural vandalism in her eyes.

"It really makes me angry when owners of these buildings, especially if they've been recorded historical and of social significance, are not good caretakers."

Owner of the villa, Andy Wong, said the Edwardian property had a history of problematic squatters and it was the second fire in less than two years.

It is believed someone might have entered the boarded-up building via an existing ladder before setting fire to the property, he said.

Police and Fire are investigating the cause of the blaze.

A block of 20 flats had to be evacuated during the fire.

The exterior of the house was featured as the home of Pauline Parker in Heavenly Creatures.