'Everyone is welcome': Lyttelton couple share their love for roller derby 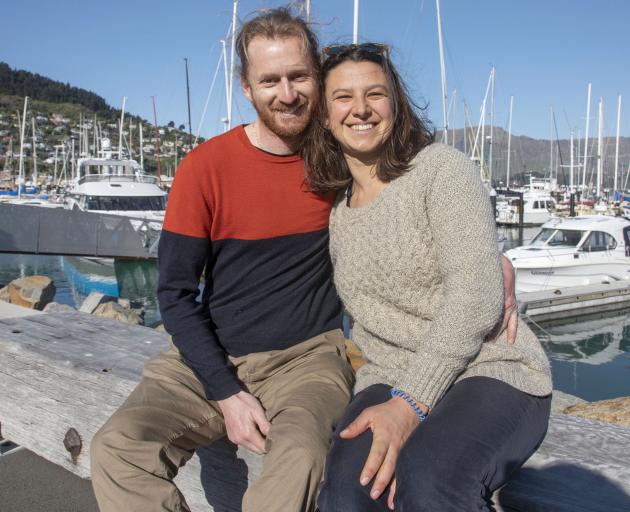 Benjamin Gellie and Laurie Brunot. Photo: Geoff Sloan
A Lyttelton-based couple with a passion for roller skating are sharing their love of the sport.

Long-time skaters Laurie Brunot and her partner, Benjamin Gellie, who are both from France, have found their home on a boat at Te Ana Marina in Lyttelton.

They have lived in New Zealand for six years, three of which have been spent living on Lyttelton Harbour.

Brunot works as a baker and patisserie chef. They both work at Vic’s Bakehouse.

Outside of creating delicious buttery treats, Brunot and Gellie will be found teaching people how to skate, whether it’s freestyle, recreational or roller derby.

Brunot picked up skating at three-years-old after “falling in love” with her nanny’s daughter. She said she wanted to “be just like her,” with a “little girl’s awe.”

“Whatever sport she did, I would have picked up,” Brunot said.

“It just happened to be roller skating.”

Although the daughter stopped skating, Brunot continued on with the sport.

Gellie has also been skating since he was a child.

“For me, I started it as a commute sport. It’s good for you like running but it doesn’t put a strain on your knees or back,” he said. 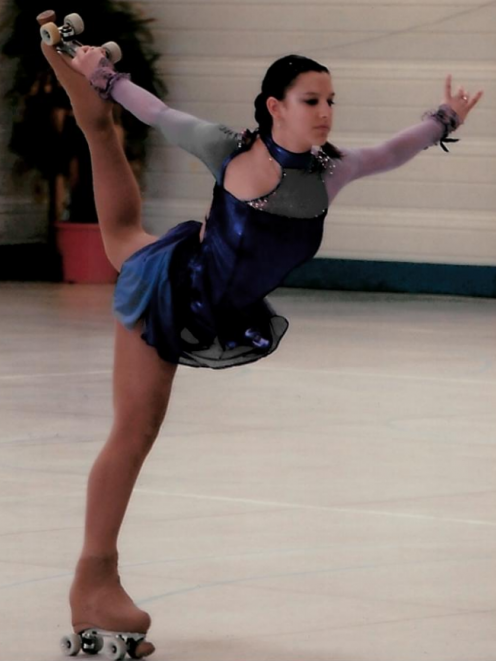 Laurie Brunot competed around the world in figure skating on quad skates. She’s since found a love for roller derby. Photo: Supplied
For Brunot, achieving new skills and working on skating techniques, such as jumping and landing, made the sport “addictive.”

“It’s such a great feeling when you can skate efficiently,” she said, loving the motion of skating.

Previously, Brunot trained as a figure skater on quad skates, competing in events around the world.

“But the sport draws you in. You have to be a little bit psycho in this world as you must strive for perfection.”

It was only once moving to New Zealand that she tried out roller derby, joining the Dead End Derby team and then the Ōtautahi Rollers.

“It is really cool to work on strategy in a team,” she said.

Quickly finding out she was a natural at the volatile and aggressive sport, was also quite “a boost to her ego.”

As a member of Dead End Derby, Brunot and her team were undefeated in New Zealand for two years.

After receiving several injuries, he decided to take up coaching, travelling with his teams around the world, winning several European championships.

Gellie continued coaching after they moved to New Zealand.

“When Laurie said she wanted to move to New Zealand, I thought why not? It will be a good challenge,” he said.

“I didn’t know a lot about roller derby but I spent a lot of time watching the best team in the world on Youtube and went from there,” he said.

“We had lots of fun, and as well as the coaching helping improve my English, we were undefeated for a few years.”

Brunot has been a skating coach since she was 16.

She said during her skating career, she received so much help and guidance, ever since she has “wanted to give back” and pay it forward.

“It’s my duty to give back the love of roller skating.” 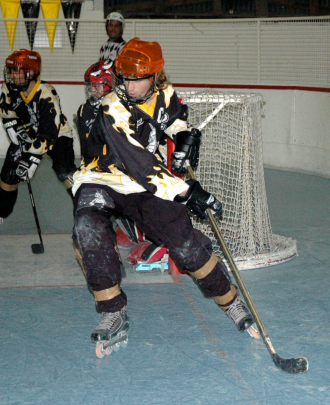 “When they learn to do a new, cool thing, they come up to me and are so happy to show me this new thing, and knowing that I’ve helped with that makes me so happy,” she said.

The couple helped to start the junior derby league in Christchurch.

There are now more than 40 junior skaters now under their guidance.

“The goal is to build team spirit and have fun, focusing on active play over the competition,” she said.

Brunot believes this is why Ōtautahi Rollers is so successful, offering different classes for everyone of all ages and simply encouraging everyone to try skating.

Their oldest member is 70, and they play roller derby.

“Everyone is welcome, no matter your age or who you are,” she said.

“This makes skating different from other sports. With roller skating, your competition is yourself. You succeed at your own time.”

For the couple, the spirit of skating is about having fun.

“I love coaching and sharing my knowledge,” Gellie said.

“It’s so nice to see kids and adults improve and be independent on skates.”

As a coach, Brunot said her goal is for people to just be happy while on skates.

She is continually working to improve her own skills, taking part in coaching boot camps run by the New Zealand roller derby team.

The Ōtautahi Rollers received a grant from the city council last year to buy more skates as it was finding their classes were becoming so popular there were never enough skates for everyone.

After establishing this connection with the city council, this year, the Ōtautahi Rollers have been granted a lease over a speed skating rink built in the 70s in Hornby. 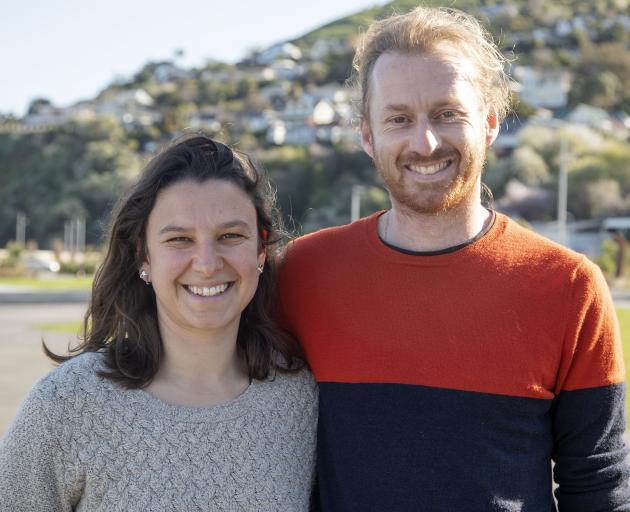 “During the worldwide lockdowns, people were looking for activities they could do by themselves and skating is the perfect activity for that,” Brunot said.

Since the nationwide lockdown last year, Brunot and Gellie have personally been receiving numerous requests from schools, community groups, and businesses to run skating classes.

Brunot helped bring together a group of roller skating enthusiasts based in Lyttelton this year.

A local mother contacted her in March and asked for her help with creating the group and Lyttelton Rollers was established.

Unfortunately, the Rollers had to disband in April as they had venue issues.

“There were more than 40 people who showed interest in the group,” Brunot said.

“Young kids right up to age 60 who just wanted to be active and skate.”

The first skills Brunot teaches while coaching often seem the most complicated and intimidating.

“We teach about why you fall, how to jump, and then how to skate backwards,” she said.

Although most people are “scared,” to try jumping and say to Brunot they will “never learn,” they always succeed under her coaching and encouragement.

Te Ana Marina is “really good for skating,” and Brunot said they had seen many local children out practising on skates there this lockdown.

Once you are confident on skates, you can go anywhere.

Prior to the “dramatic downsizing of their lives” and moving their home to a boat, Brunot said she had never sailed before.

“But moving to the boat was natural for me. It’s so much simpler. I’ll probably not go back to a house,” she said.

“We are also a little bit gypsy so it makes sense.”

Anne Mortimer from Heathcote Valley began skating five years ago. She helps with fundraising and marketing for the Ōtautahi Rollers, working closely with Gellie and Brunot.

“I thought skating would be fun to pick up and so I bought some skates on Trade Me, then they sat in the garage for a few years,” she said.

With guidance from Brunot, Mortimer found a passion for skating.

She originally tried out the sport with “strap-on skates,” when she was young.

Her two children, 11 and 14, take part in roller derby and love skating.

“I love seeing the kids skate, they’re so fearless,” she said.

“They inspire fun, with the main focus just enjoying being on skates rather than on competition,” she said.

Of Gellie’s coaching, Mortimer said he really appeals to children as he is both laid-back but also encouraging in a way that inspires the children to push themselves on their skates.

“Laurie is so great at getting everyone involved, even if you’re on the sidelines and don’t even know you want to be involved yet, she’ll pull you in with her passion and enthusiasm to get people on skates,” Mortimer said.

She said Laurie has a “can-do attitude,” where obstacles are just something to overcome.

“Skating is good for people who are not into the traditional sports, those people who don’t fit the mould, or are not from a sporty background."