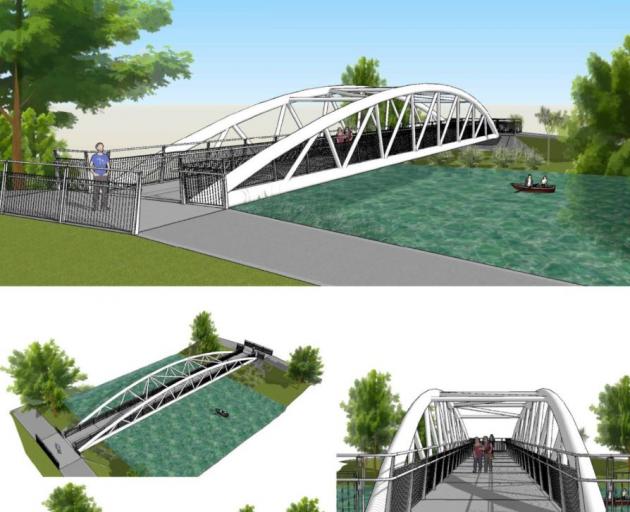 An artist's impression of the new Medway bridge. Image: Newsline / CCC
Residents' views are being sought on the concept plans for three foot bridges and a riverside landing in the Christchurch red zone.

The projects are being funded by a $13,765,500 grant from the Canterbury Earthquake Appeal Trust. 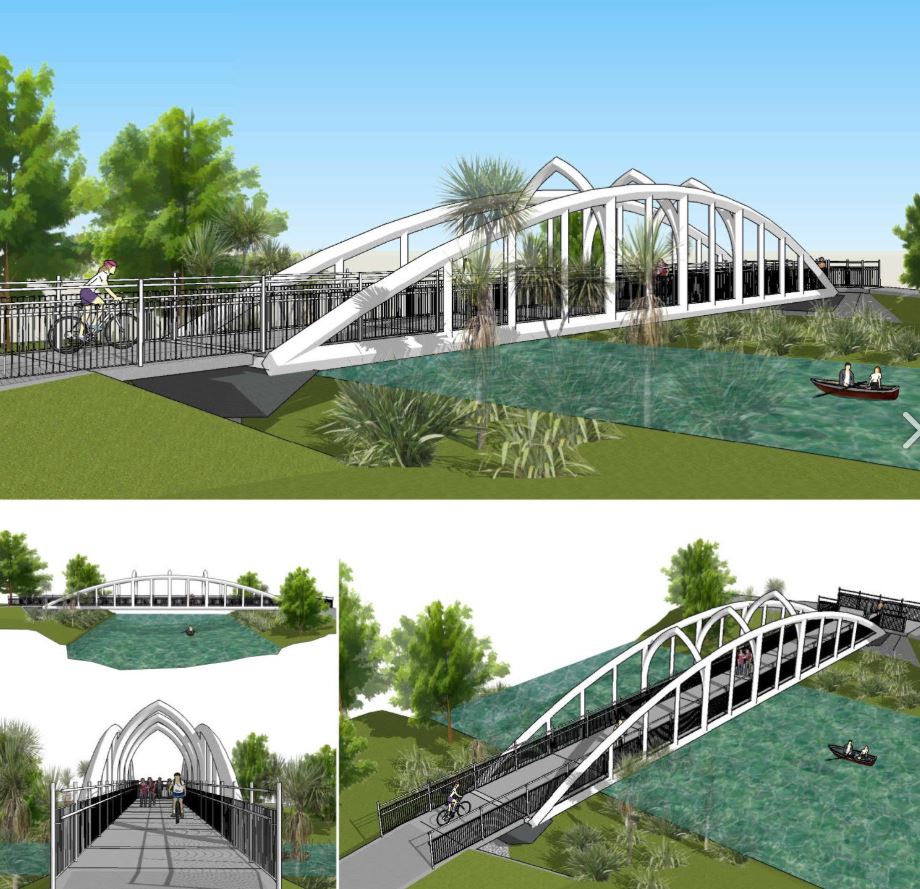 An artist's impression of the Snell Bridge. Image: Newsline / CCC
The Dallington Landing would be the first of the landings developed along the Ōtākaro Avon River Corridor. It aims to help return the green spine to native forest and wetlands. The concept shows elements that could be included in the build but public feedback will be used to refine the details.

A new 45m by 3m Medway bridge between River Rd and Avonside Drive would replace the old bridge destroyed in the September 2010 earthquake.

The Avondale Bridge would connect Avondale and Aranui to Donnell Sports Park and the planned Eastern Reach wetland restoration area. 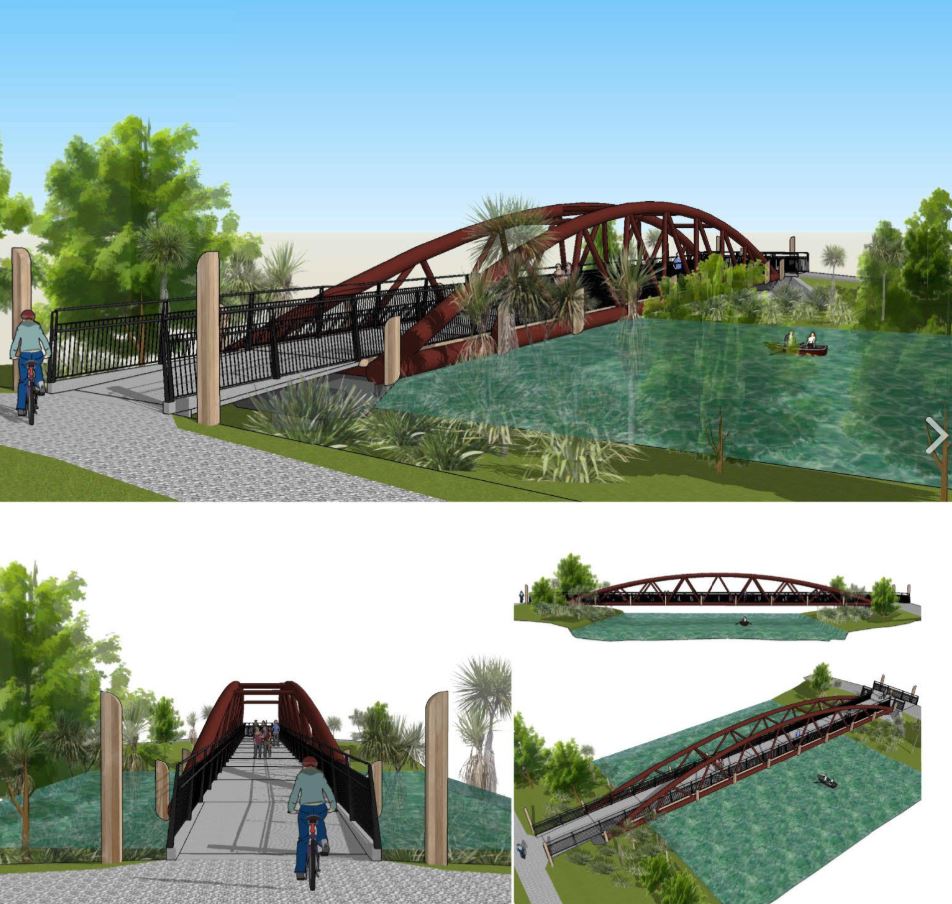 An artist's impression of the Avondale Bridge. Image: Newsline / CCC
The Snell Place Bridge would follow the same alignment as the old pedestrian bridge damaged in the earthquakes and reconnect Dallington and Avondale.

The bridges have slightly different designs, but the geological constraints of the land next to the river means they will all be built using steel truss, with concrete decks to minimise vibrations.

Work on the bridges is set to start in early 2021. Have your say on the bridge plans here or provide feedback on the Dallington Landing plan here. 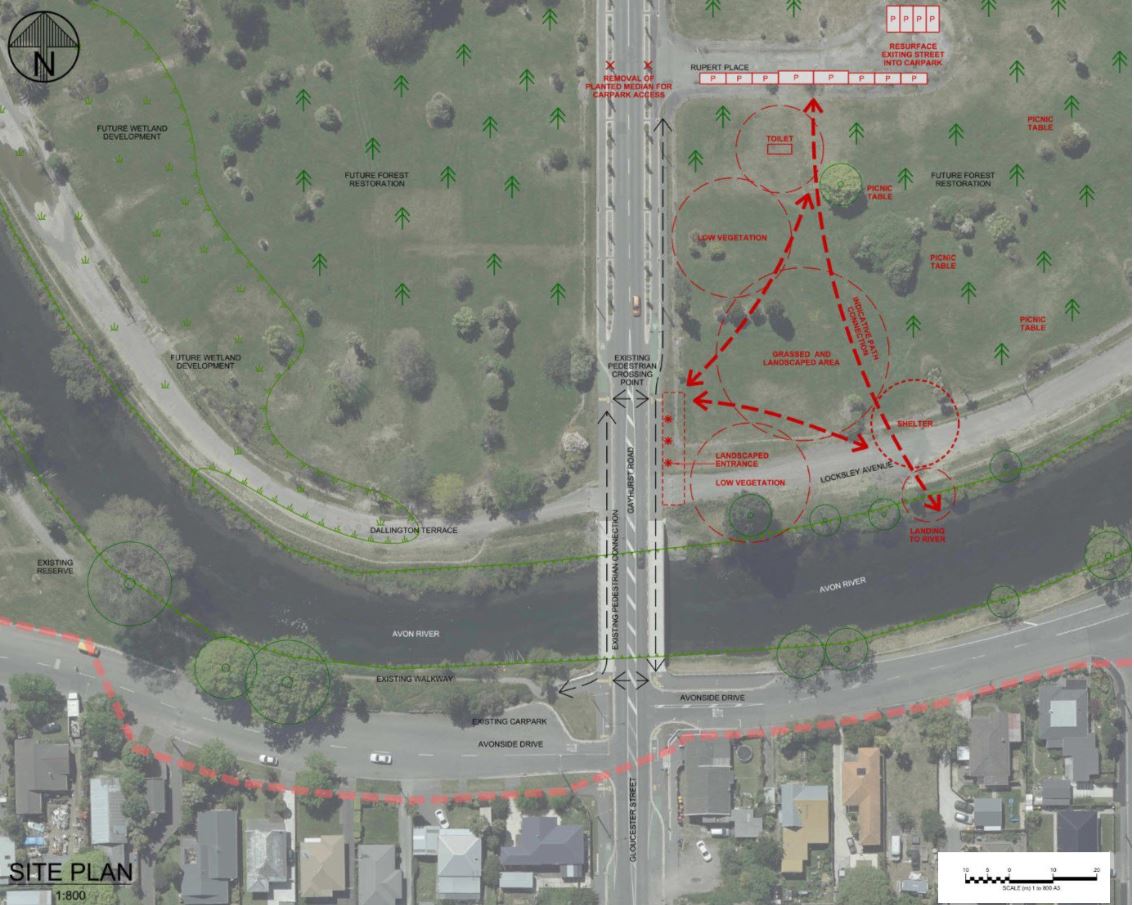