A ceremony to mark the unveiling of the fronds in their new position near the Anzac Drive-New Brighton Rd roundabout was held last Monday.

The fronds, which were originally placed on the nearby Anzac Bridge in 2000, have been in storage since 2011 following the earthquakes.

Mayor Lianne Dalziel hosted the official "unfurling" event for the fronds which were made from pre-weathered steel. 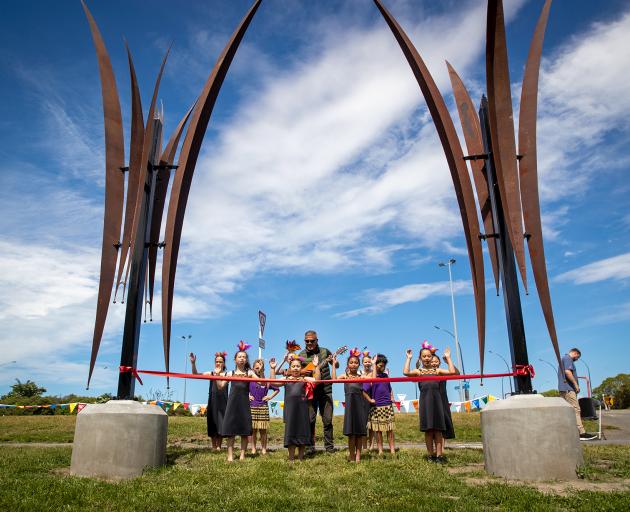 The Rāwhiti School kapa haka group at the Anzac fronds unveiling. Photo: Newsline
New Coastal Ward city councillor Celeste Donovan was also sworn in as a member of the Coastal-Burwood Community Board at the event.

Board chairman Kelly Barber said the fronds hold a special place in the hearts of residents.

"We are really pleased to have these unique pieces of art back on display in our community," Barber said.

"Their return represents another positive step in the recovery of our eastern community and having our new coastal councillor sworn in at their new site is a nice touch. 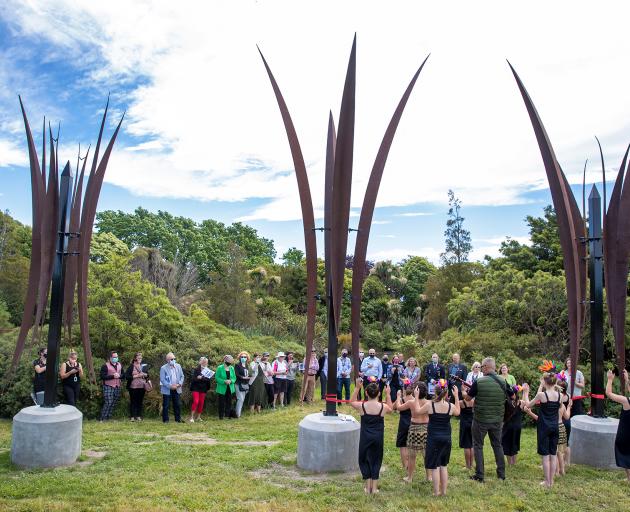 Photo: Newsline
"The board and residents are very grateful to Waka Kotahi New Zealand Transport Agency and everyone associated in any small way with their restoration."

The four fronds sit in concrete bases along the reserve land at the corner of the roundabout, connecting them with the Poppies over Gallipoli sculpture on the corner of Anzac Drive and Travis Rd.

Funding for the redesign and installation of the fronds was provided by Waka Kotahi NZTA and the board.