'Half the beekeepers we know want to get out' 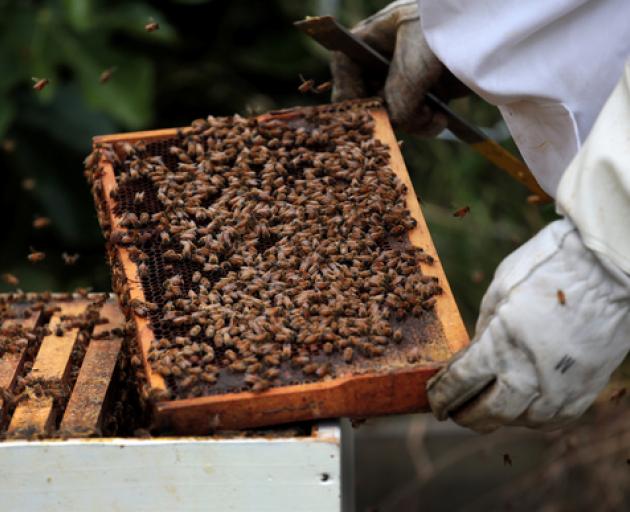 Photo: RNZ / Diego Opatowski
The Ministry for Primary Industries' latest apiculture monitoring report showed the number of beekeepers with 500 or more hives fell by 9.9 percent to 316 in the 2020/21 season.

This follows a 7.6 per cent drop the previous season.

The total number of registered hives in New Zealand also fell over the last two years to 806,000.

Prior to this the commercial honey industry had been experiencing growth, with a jump in the popularity and price of manuka honey driving a boom in production.

Kaimai Range Honey owner Jody Mitchell, who has been in the industry for 20 years, said testing requirements meant compliance costs had become "absolutely massive" and oversupply in recent years had also left many beekeepers struggling to sell their honey.

The company sells honey under its own label and supplies bulk product to packers and exporters.

Having to store honey for extended periods was hitting cashflow for many beekeepers, she said.

"Probably half the beekeepers we know want to get out, if they could sell the businesses or get out of it, probably half of them would be gone."

"The industry has just built up and up and up and the problem is that there's a lot more beehives than really is sustainable across the country."

Kiwitahi Honey director James Harrison said, with the price of honey coming down, he had consolidated his operation in recent years.

"Just in the last couple of years, selling honey has become really quite difficult.

"And the price has dropped right down for multifloral honey and that sort of thing."

Harrison said when he first started beekeeping 17 years ago his average honey yield per hive was around the 60kg mark but was now about half that.

This showed there were too many beehives around, he said.

"I've got one site where there's three commercial beekeepers, within about 800 metres of each other.... And all the gentlemen's agreements that we used to have have sort of gone out the window," he said.

The latest apiculture monitoring report showed the number of beekeepers with five or fewer registered hives had reached a record 6748, up 10 per cent on the 2019/20 season.

Hobbyist beekeeping has experienced significant growth in the last decade.

In 2012 there were only about 2500 beekeepers that fell into this category.

O'Donnell said many hobbyists were environmentally minded or came from the gardening community and understood the important role bees played in pollinating crops.

He said it was crucial people who were new to beekeeping joined a club so they could learn from those who were more experienced.