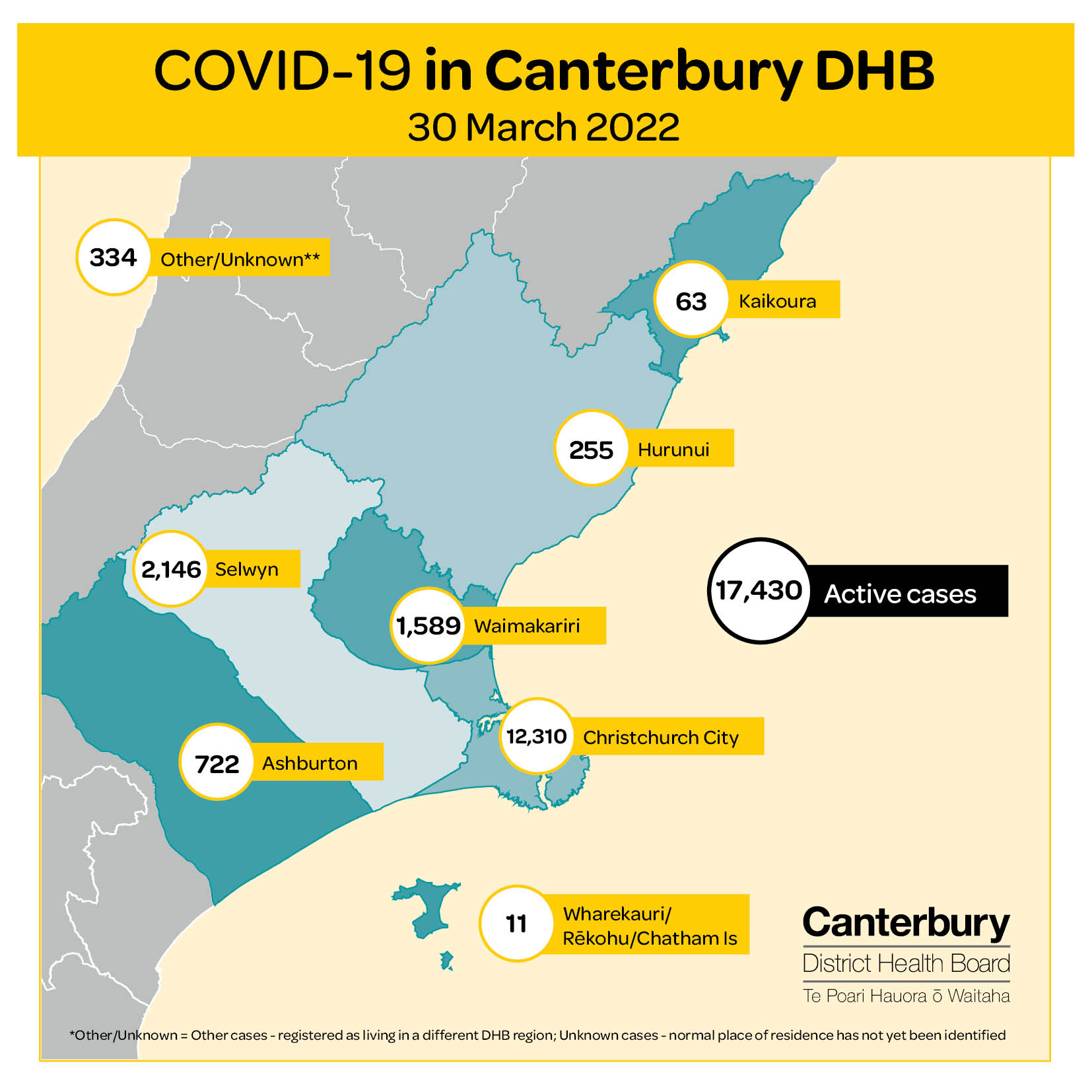 Active cases in Canterbury as of 8am Wednesday. Image: CDHB
Canterbury is now New Zealand's Covid-19 hotspot with the highest rates of new infections in the country.

It has been nine weeks since Omicron was first recorded in New Zealand and cases have peaked nearly everywhere. But, with the wave roughly moving south, rural Southland looks to be last in line.

Christchurch GP Pippa Mackay said her practice was constantly getting notifications that patients had Covid-19.

"It really is everywhere. We've got a couple of backroom staff off at the moment and we've had a doctor and three nurses off over last few weeks," she said.

Over the 24 hours to 8am yesterday, the Canterbury DHB reported 2564 new cases in the region. There are currently 17,430 active cases in Canterbury. Since early December last year, 48,169 people in the region have recovered from Covid-19.

Mackay said the nurses in her team were calling vulnerable people and fielding queries from other patients, but most people were managing really well at home, she said.

The outbreak swept through university students, then high school students, then younger kids, their families and, worryingly, their grandparents, she said. 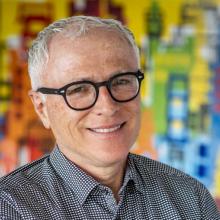 Michael Baker. Photo: University of Otago
Epidemiologist Michael Baker said Canterbury and South Canterbury had the highest rate of new infections of any district health board region - close to 500 per 100,000 people.

Despite that, they appeared to have passed their peaks. So had most of the rest of the country - but not all at once.

Auckland had peaked on about March 4, with most of the major metropolitan areas in the North Island - Waikato, Bay of Plenty, Wellington and the Hutt Valley, about a week later, Baker said.

There were still some North Island district health boards in more rural areas sitting just behind Canterbury when it came to new infection rates - Hawke's Bay, Taranaki, Whanganui and Wairarapa, he said.

That could be because they had more spread out communities, making it harder for the virus to move as quickly through the region as it had in Auckland where it peaked very quickly.

Southern DHB was a good example, with earlier outbreaks in Dunedin and Queenstown that were now easing off.

SDHB Covid-19 response director Hwyel Lloyd said they were now seeing new spikes in Gore, Mataura, Invercargill and rural Southland, with cases yet to peak in those areas.

There were seven Covid-19 patients in Invercargill Hospital which normally had capacity for just eight.

The DHB was now deciding whether to open more Covid-19 beds or send patients to Dunedin Hospital, he said.

Baker said about 12 per cent of the country was known to have had Omicron - but in reality it would be many more because not every case was recorded and many people would not have even realised they had it.

It was still crucial for people to get a booster, he said.

"Even though we have passed the peak in most places in New Zealand with this outbreak wave, it's not going to magically disappear in a month's time," he said.

"We're going to settle down to this being constantly present."