'I respect these people who are buried here': Graveyards call out for volunteers 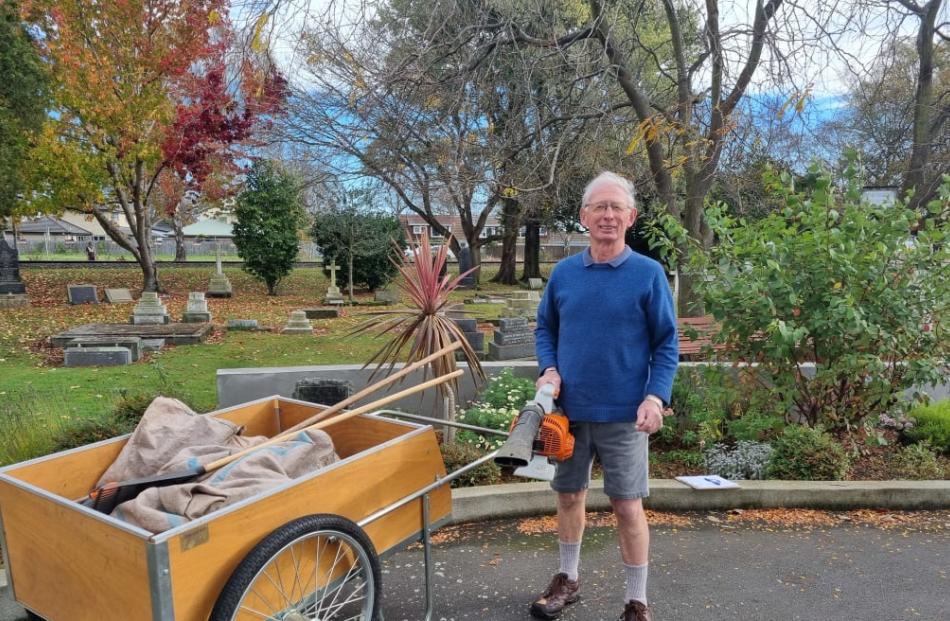 One Christchurch volunteer has been holding the fort alone, but he, like many others, needs help.

Plans are in the works by the national cemeteries body to prop up a recruitment campaign for burial places managed by local councils, trusts and community groups.

Out the back of a well-manicured five-acre lot at St Paul's in Papanui in Christchurch is teacher and volunteer Julian Dent.

"I think people seem to be too interested in themselves [other] than community ... we would love some help. Think of a garden, and this is a big one," he said.

About 15 years ago, the graveyard was unkept with overgrown gravestones that were covered in moss.

"It was out of control, I thought ... mmm, I can do something to help here, the next week, I was asked to look after one row and one row eventually turned into the whole cemetery."

Saint Paul’s graveyard. Photo: RNZ / Rachel Graham
Ever since then he has been volunteering at the graveyard where many notable Cantabrians and war heroes are buried.

He has been labelled a "super gardener" by the church's warden Jennifer Barry.

"He comes in, he mows the lawns, checks the plants, we've got about 100 roses that need pruning, bark needs to be spread," she said.

Dent is 78, and his extensive knowledge of the grounds is irreplaceable.

"We have several very sad graves where, for example, three sons died in World War I and one came back and he died, so four sons completely wiped out."

He is keen to start passing on his experience so the next generation can take over, but that is a problem.

"There is not a next generation taking over the locally run cemeteries. A lot of these cemeteries are staffed by volunteers, normally locals," said Hayden Parr, chair of the Cemeteries and Crematoria Collective. 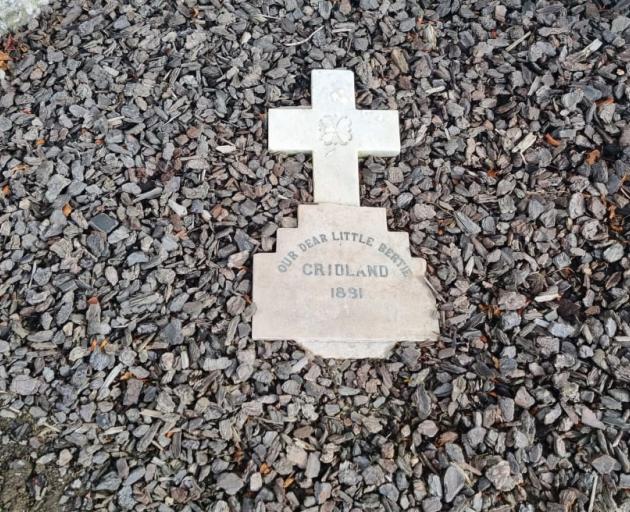 Julian Dent said this is his favourite gravestone. Photo: RNZ / Rachel Graham
In the Whangārei District alone half of the public cemeteries, not including urupa, have a worker shortage of about 50 percent.

It is a widespread problem, "not only the volunteer side of things but also the paid positions, everyone is experiencing a shortage of workers," he said.

The issue has been brewing for a few years, but the pandemic has left an already ageing workforce even more stretched.

It is so bad, the collective has been looking at starting a national awareness campaign.

"To actually make people aware that this is a really rewarding career and it exists in the first place," Parr said.

"A lot of people don't have a lot of things to do with cemeteries until the unfortunate time they need one." 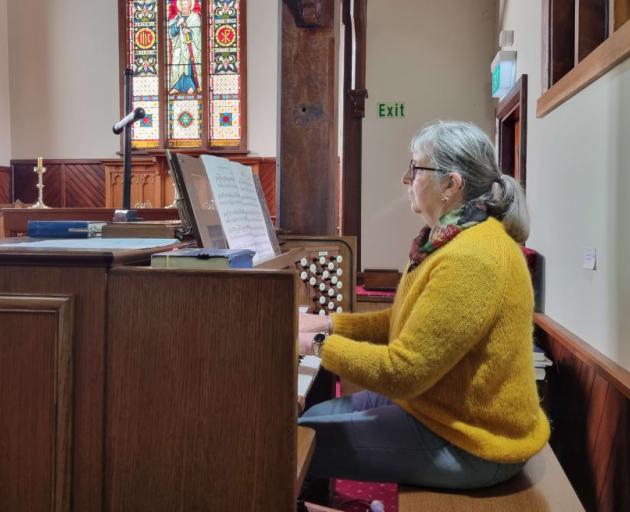 Saint Paul's Papanui warden Jennifer Barry plays organ. Photo: RNZ / Rachel Graham
Parr encourages anyone looking for work to give their local cemetery a call because working in a graveyard may just end up being the most rewarding career of their life.

"I've been doing this over a decade now and I can't even begin to count the number of families I have helped in the hardest time of their life."

He believes a sense of 'duty of care' has diminished over the years with people no longer feeling connected to their communities.

Barry reminded people that everyone has a role to play.

"We are all sad when we see a graveyard that is not looked after, but unless we take that sadness and convert it into labour it doesn't really mean much," she said.

"I do it because I love it and I respect these people who are buried here," Dent said.