'It's not fair': Christchurch girl battles cancer for the second time 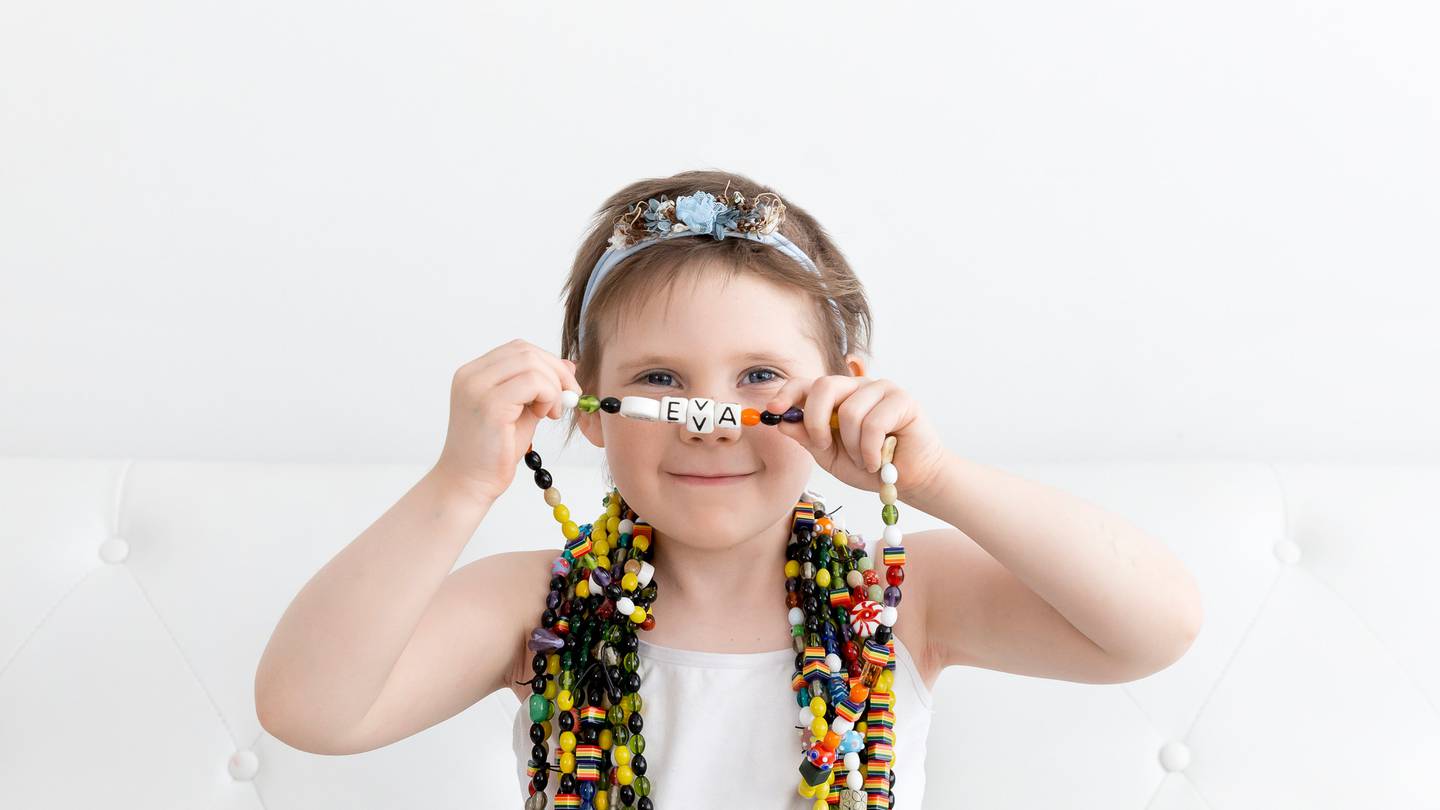 Eva Sallabanks with the beads of courage she collected during treatment the first time she was diagnosed with acute myeloid leukaemia. Photo / Supplied
"It's not fair."

Six-year-old Eva Sallabanks sometimes whispers those words as she suffers through her fourth round of chemotherapy for a disease she thought she had already beaten.

After a six-month battle against acute myeloid leukaemia, the Christchurch girl spent a year free of the disease but two months ago it returned.

Now she's about to begin one final round of chemotherapy in the hope she can once again beat the odds.

It all started in November 2019 when Sharlene Sallabanks took her then 5-year-old daughter to the doctor because she had droopy eyelids and lots of unexplained bruises on her legs.

A blood test was done and Eva headed off to school.

But that night Eva was admitted to Christchurch Hospital where doctors told her parents she had leukaemia - one of about 40 children diagnosed with some type of the disease each year in New Zealand.

"Over the next few days we were overwhelmed. We had to put on a brave face for our kids when our hearts were breaking and our minds were imagining the worst," Sallabanks said.

"Eva had an active imagination and for some time before diagnosis she was scared there was a dragon in our house. It had red eyes and could be invisible with just its outline detectable. We started referring to her leukemia as a dragon and she was a dragon slayer."

During the next six months she was able to go home for a total of about six days.

Eva underwent three rounds of chemotherapy which saw her stuck in her hospital room for weeks in order to avoid an infection while her immune system recovered.

"I doubt many adults would cope with weeks on end confined to one room. But Eva never complained," Sallabanks said.

The months spent living at the hospital meant Sallabanks stayed with Eva during the week while husband Robin worked and looked after their son before swapping places each weekend.

In March 2020, just before the country went into level four lockdown, the family arrived in Auckland so Eva could get a bone marrow transplant at Starship Hospital.

A successful transplant meant two months later the family returned to Christchurch and Eva was finally able to live at home.

The little battler continued to surprise everyone with how well she was doing and in July her doctors finally declared her treatment finished, although Sallabanks admitted the fear of relapse never left her.

A year after Eva's bone marrow transplant the family celebrated with an Easter egg hunt and barbecue to thank everyone who had helped the family during Eva's treatment.

But a month later the Sallabanks got the news no parent wants to hear - the leukaemia had returned.

Since then Eva has had another round of chemotherapy but the treatment had barely made a dent, according to doctors.

Her last hope is an extremely toxic type of chemotherapy scheduled to start on Friday.

The drugs need to kill enough of the disease to allow a second bone marrow transplant to go ahead.

If it doesn't, there are no more treatment options left for Eva, Sallabanks said.

"We are all scared and it's hard not to imagine the worst, knowing how resistant this disease is to treatment."

And with Eva a little older this time around - she turns 7 in less than two weeks - she has a different understanding and at times gets homesick.

But as the family get ready to fight the biggest battle yet, they still manage to find the silver lining in all of it.

Sallabanks said they had been blown away by the community of friends and strangers who helped out, donated money or written messages of support and the selfless heroes who donate blood, platelets and plasma and literally save Eva's life.

Life Flight, the Child Cancer Foundation, Ronald McDonald House, Leukaemia and Blood Cancer NZ, the Chemo Crazies, Gabby's Starlit Hope and Make a Wish had all also made the journey so far that much easier, she said.