It was quite unusual for a person to be convicted of arson twice, Judge Michael Crosbie said in sentencing a 40-year-old man.

Brendon John Willis (whose previous conviction for arson was in 2014) had been convicted of a new charge of arson, being unlawfully on property, and shoplifting.

Those charges, all admitted, were from his actions on November 15 last year. And he had further admitted a house burglary in which he took goods worth $2640 and caused irreparable damage to a $300 writing desk, in Christchurch on May 3 last year.

The fact summary said Willis had been a partner of the more recent arson victim for some years. They lived at her address a few kilometres from Milton.

On November 15, the victim sent Willis text messages indicating his drinking was causing her stress and he had to shift out.

That afternoon, she went to work and Willis stayed at the address.

About 5pm, Willis started six separate fires inside the house.

The fires were started in bedrooms and the lounge, all but one from setting curtains alight.

Willis then left on foot.

A passing motorist and a neighbour saw smoke coming from the address and heard smoke alarms sounding.

The neighbour went inside looking for occupants, then extinguished two of the bigger fires and removed burning curtains before the fire took hold.

The other fires were extinguished by emergency services.

Willis absconded through a neighbouring paddock.

He was spotted by the property owner.

After a brief discussion, he carried on towards Milton, where, about 7.45pm, he stole saveloys, bier sticks and salmon (total value $24.88) from the SuperValue store.

Public defender Meg Scally said Willis expressed remorse. Asked to move out, he panicked. His motivation was to secure a remand in custody. He thought there was no other option.

In custody, he had made very positive progress.

The judge told Willis, "The victim says you are a really nice guy but that you change when you drink. She says you could have talked to her about being asked to leave, rather than burning things."

In mitigation, the judge took into account remorse shown in a "contrite" letter of apology, Willis’ willingness to participate in restorative justice and the contents of a comprehensive medical report.

Aggravating factors included Willis being on bail at the time of the arson, his prior conviction for arson and him having previous convictions for burglary and theft, the judge said.

Shorter concurrent prison terms were given on the other charges.

The sentencing was in the Dunedin District Court last week. 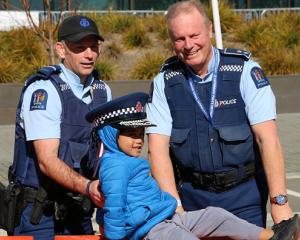 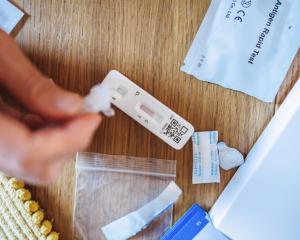