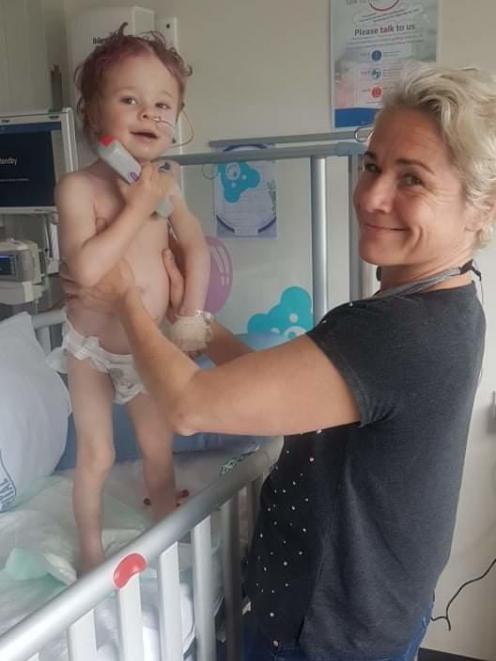 In a world-first, Canterbury District Health Board dietician Charlene Tan-Smith developed a version of the diet for a mum who has been able to pass on the benefits through her breast milk since her son was 10 months old.

Within a short space of time, mum Bronwen Meredith was seeing a visible difference in her son, Jaxon Pearse, who had suffered seizures since he was six months old, due to a brain bleed suffered at birth.

"He was way more alert. His eyes seemed brighter and he just seemed like he was more with it. All the medications ... they've got a bit of sedation happening with them and there's a whole bunch of side effects of them. We just kind of felt like it had lifted him up."

They opted for the diet after trying three different medications.

And while her son continued to experience micro-seizures, these were much less severe.

Tan-Smith said unlike her work with older children who had been completely cured, this was not possible with Jaxon.

She described her findings as an exciting first step and was keen to do more research if funding allowed.

"I was just hoping to just see any small difference would be very encouraging. But what was quite astounding was when the mum had some amount of ketones in her blood, she noticed almost straight away that her child's physical seizures actually stopped."

Meredith said her son, who was put into end of life care soon after birth, continued to defy the odds, recently celebrating his third birthday.

"He's a sweetheart, he really is, and he shows you every day that you need to be grateful and you need to feel the good stuff and we've got this life here that we can enjoy."

And in a postscript to this story, this week Jaxon underwent a second round of brain surgery at Auckland's Starship Hospital to try to rid him of his seizures once and for all.

Meredith said the surgeon had successfully separated the damaged side of his brain from the still working section, however, it would be a few months before they knew for sure if it had been successful.