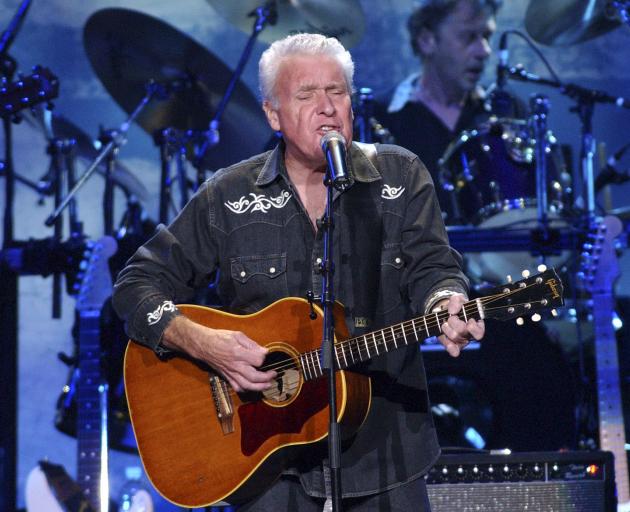 Max Merritt and The Meteors perform live on stage during the 'Long Way To The Top' tour at the Sydney Entertainment Centre in 2002. Photo: Getty Images
Christchurch-born Kiwi music legend Max Merritt has died in hospital in Los Angeles after battling a rare auto-immune disease.

The Max Merritt and the Meteors rocker died on Thursday aged 79, reports the Daily Mail.

He had been diagnosed with auto-immune disease Goodpasture Syndrome, where the body makes antibodies that attack the kidneys and lungs.

Wal Bishop, his friend and manager, shared the news in a statement on Friday.

"Max had been on dialysis three days every week since he fell ill back in 2007," Bishop said.

We're incredibly saddened to learn that one of our all time greats, Max Merritt has passed away. Kua hinga he totara i te wao nui a Tane. You will be greatly missed Max. Our condolences & sympathies go especially to Max's family and friends. pic.twitter.com/YcVIN8iLyU

"He really put up a great fight and will be sadly missed by all that knew and loved him.

"Max had been unable to perform live over the past 13 years but, when he felt up to it, would go into the studio to record.

"He even shot a video to go with the tracks, it's a shame he won't be around to see it."

Merritt is best remembered for his 1975 hit Slippin' Away. He was inducted into the ARIA Hall of Fame in 2008 along with Russell Morris, Dragon and The Triffids.

Known as the "king of soul", he was born in April 1941 in Christchurch but eventually moved to Australia. He then lived in the UK in the sixties before settling in LA in the 1970s.