Leaving school behind at the ripe old age of 87 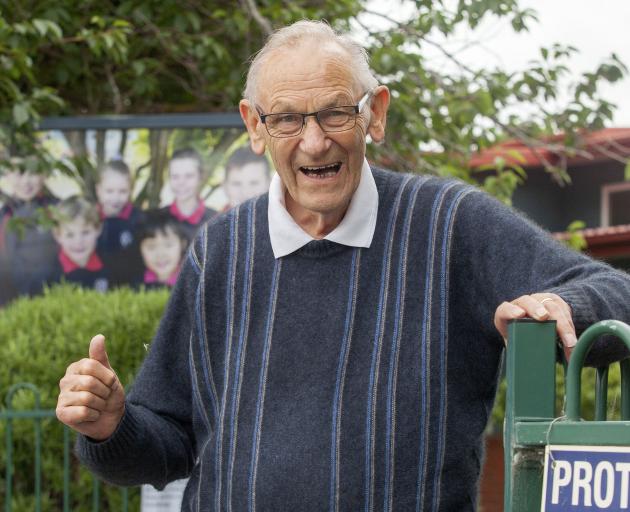 After three decades, Paparoa Street School caretaker Fred Adams is hanging up his tools. Photo: Geoff Sloan
After more than 71 years in the workforce, Christchurch's Fred Adams has only worked two jobs.

But the final chapter of his most rewarding venture yet draws to a close today as the 87-year-old caretaker hangs up his tools for the last time after three decades.

Described as a “best friend” to many pupils and staff alike, his warm presence at Paparoa Street School each day will be missed, leaving big boots to fill for whoever takes his place.

“I get a lot of enjoyment [in] meeting the children in the morning,” he said.

“The children seem to be feeling sad; in a way, I am too. But I’m 87 – age is catching up with me, so I might as well go out and enjoy things a bit more.”

Although he could not pinpoint the reasoning behind his long-standing tenure, being able to brighten up a child’s day by acknowledging them even with a simple conversation was what kept him going. 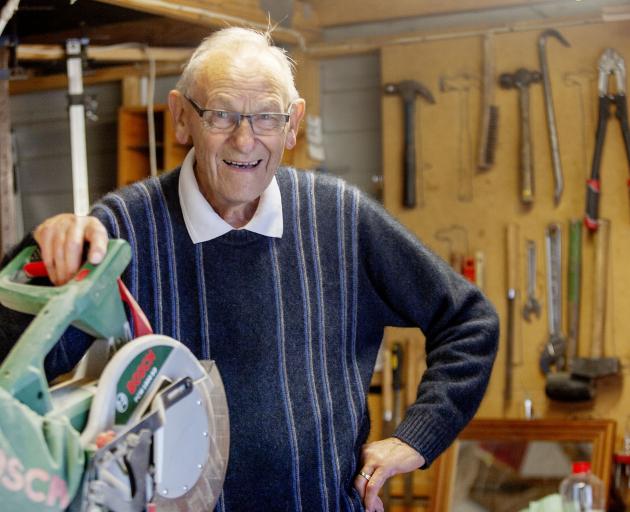 Fred Adams in the tool shed. Photo: Geoff Sloan
He recalled when a pupil was asked by another if Fred was a good friend. Initially, she said no.

“I thought, oh no, what’s coming next? But then she said ‘no, he’s my very best friend,’” said Fred.

“You meet some wonderful children on the way which keeps you going. It brightens them up in the morning, and it brightens us elderly people too.

“It’s rewarding to be acknowledged by the children. It’s important to connect with them – it is a school after all, that’s what we’re there for.”

Fred played a crucial role in making sure the school’s facilities were up to scratch ahead of the learning day. At nearly 90-years-old, he would work four hours each day; two in the morning and two in the evening.

The pupils saw him in the morning just as he was finishing his morning duties before 9am and were often eager for a chat.

A usual lap around the school involves checking each classroom and can take upwards of about 40 minutes. It was a chance to sneak in some exercise – an aspect of the job he considered to be one of his favourites.

In this time he ensures the heaters are switched on, the printers have paper, the wheelie bins are emptied, or to check “whether the cleaners have done a good job overnight.”

At night, he is in charge of making sure the windows and doors are locked while keeping an eye on the school hall area.

Fred has been a friendly face at the school since 1990. It was only his second job ever, having worked at a number of post offices in the South Island for 40 years prior.

Born in 1933, he hails from Arrowtown, Central Otago, where he grew up with his parents and four siblings.

His father was the last official town baker from the “olden days,” and his original oven was now incorporated at the Lakes District Museum and Gallery. 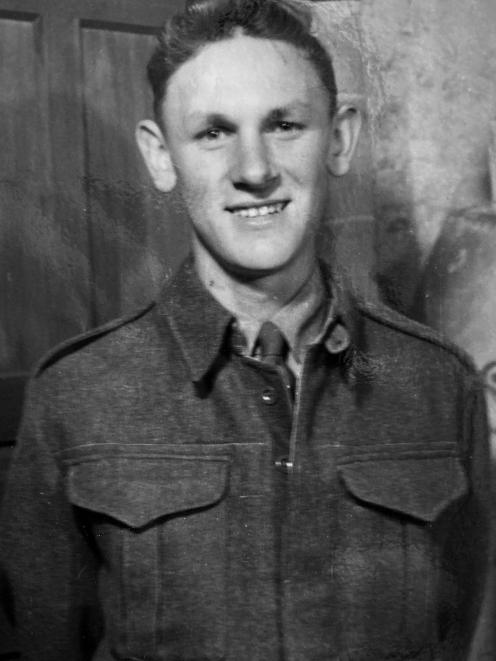 Fred Adams in his army uniform in 1952 as part of his compulsory military training. Photo: Supplied
For Fred, life was not always rosy in the picture-perfect town. Part of his childhood was during a time when the world was engulfed in war.

His neighbour, along with his cousin, Bobby Jones, were both killed in Italy, when a stray shell landed and exploded where they were.

“I was born in the Granny Jones’ Cottage. During my time I used to go out chasing rabbits on hills at some of the farms where there were rabbit holes, so I would put my ferrets in [them],” said Fred.

“We never had a lot, so it was quite a struggle in the early days.”

Soon after leaving high school in Queenstown at 15-years-old, he secured a job at the post office in Arrowtown working at the counter and the telephone exchange.

Wanting to further his skills in the field, he went to morse school in Trentham, Upper Hutt, a year and a half after he started his first job.

Soon after that he was also called up for compulsory military training. 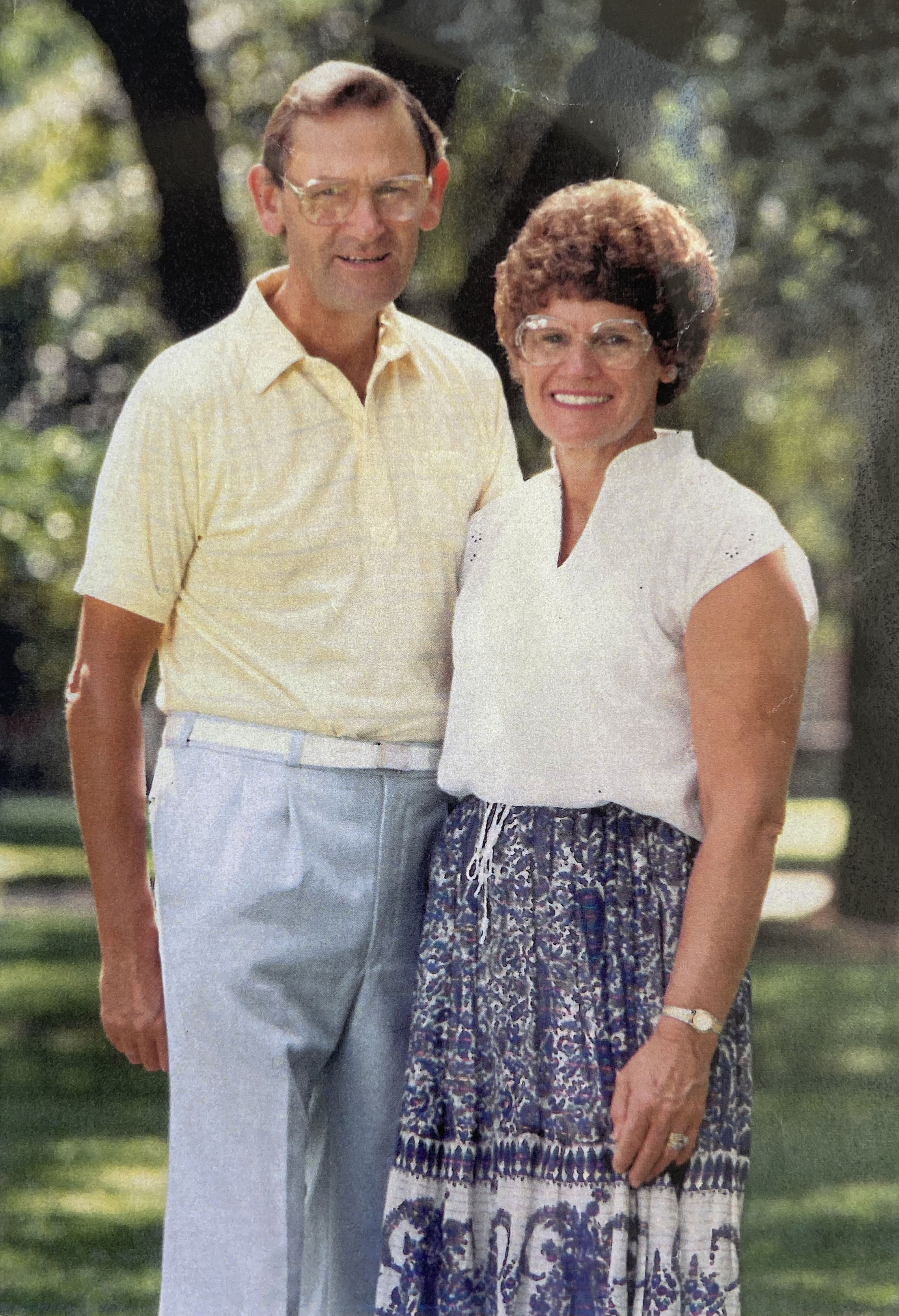 “I used to love the morse, it’s like another music system. I was 16-years-old at the time I went to morse school, where we had to do 10 words a minute. I was fourth in my class,” he said.

His big break finally came in 1965 when he was appointed as postmaster of the Beckenham post office following a move to Christchurch.

Over the years he also served at offices in St Albans and Papanui before he officially left the industry in 1987, when the country’s postal services were overhauled and restructured following financial difficulties.

After a long overseas holiday with his wife and children, he got back in the game and eventually took up the role of Paparoa Street’s caretaker after it was advertised in the newspaper.

“A lot has changed over the years – like we used to use a hand mower, but now they use ride-ons. We used to do the cleaning too before it went to contractors,” he said.

Fred fell in love with the postmaster’s daughter, Pearl, while working at the office in Hanmer Springs, and eventually married in 1957. The couple share three children together. 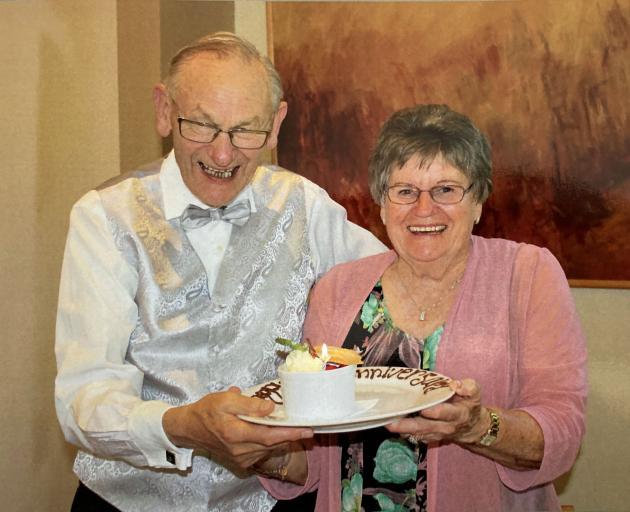 Fred and Pearl Adams on their 60th wedding anniversary. Photo: Supplied
His close friendship with the postmaster prevented any hostility between the pair in spite of the marriage to his daughter.

Another joy in his life stems from his life-long passion of rugby.

“I’ve always loved rugby, I played at Balfour Rugby Club in Southland – I even played a match against Robin Archer, who was an All Black.”

Although Fred did not have any big plans for his retirement, he was already sure of at least one thing.

“I won’t be doing any more work that’s for sure. I plan to do plenty of walking around the blocks here and try to keep and as fit as I can.”