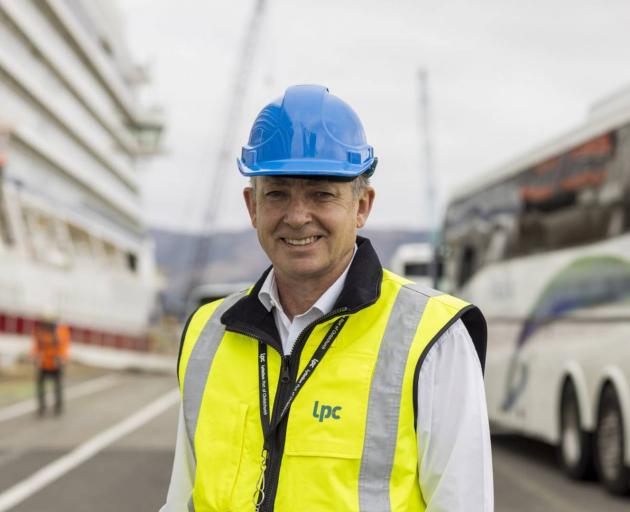 Roger Gray. Photo: LPC
Ports of Auckland has appointed Roger Gray as its new chief executive in a year of top table changes for the embattled Auckland Council-owned port.

Gray will replace former boss Tony Gibson, who exited the company in June following months of pressure, including a damning safety report which found systemic problems with health and safety under his watch.

Gray, who takes charge from April 4, 2022, was previously the chief executive of Lyttelton Port Company, a role he had held since February 2020.

"I am delighted that Roger will be taking on this critical role leading the Ports of Auckland as we play our part in the Auckland and New Zealand supply chain. Roger and the board are committed to delivering a safe and productive workplace, serving our customers and stakeholders well," said Ports of Auckland's board chairwoman Jan Dawson.

"Roger brings a great deal of experience to the role of CEO of Ports of Auckland, and I am looking forward to working with him to realise the potential of the business and its people."

Dawson herself was appointed as Ports of Auckland chair in October, replacing the retiring Bill Osborne.

Gray told Dawson: "I am very excited to be joining the Ports of Auckland whānau in the new year. Ports of Auckland is a business with huge potential and I'm looking forward to being part of the team that plays such an essential role for Auckland and New Zealand."

Before joining Lyttelton Port Company, Gray worked for Air New Zealand for six and a half years. His last role at the airline was group general manager airports. He has also held several senior leadership roles with Goodman Fielder, including managing director of Quality Bakers – New Zealand.

Gray holds an MBA, a master of business in integrated logistics management, as well as bachelor degrees in economics and arts.

"Wayne provided calm and compassionate leadership at a very challenging time for the business and has made significant progress toward a safer, happier workplace. The board would like to thank him for his work to date and through the coming transition," Dawson said.