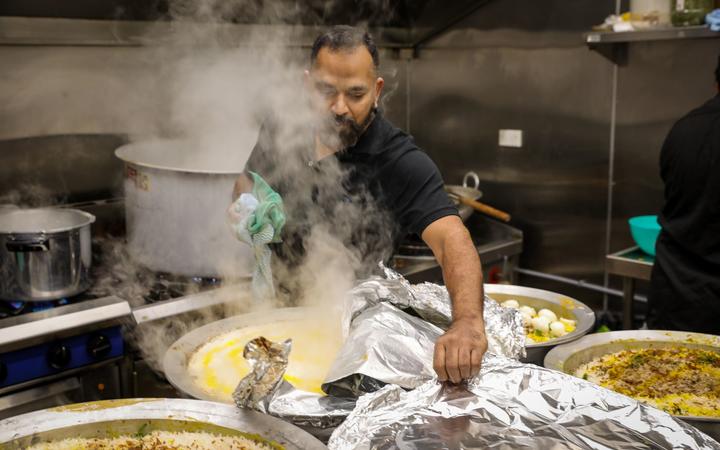 Tanveer Jahangir offered free food for all essential workers, staff from the DHB, St John, the police and Fire and Emergency. Photo: RNZ / Nate McKinnon
The brother of a Christchurch mosque attack victim offered free food last week for emergency service workers at his new restaurant to say thank you.

Ahmed Jahangir was injured at the Linwood mosque when a bullet caused damage to his chest wall, shattered his collar bone and shredded nerves.

As a restaurateur, Jahangir was forced to close his shop and with little movement in one arm is still unable to do the job he loves.

He has been supporting his brother, Tanveer Jahangir, whose new Indian restaurant Top in Town opened on Friday. 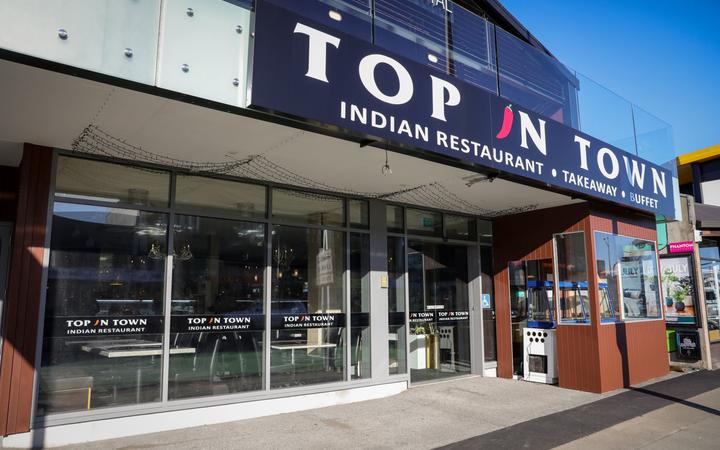 "After the attacks I came to New Zealand to support my brother, watching what nurses and doctors do on a day-to-day basis in that hospital was amazing," he said.

"Free food for all essential workers, staff from the DHB, St John, the police and Fire and Emergency we want to say thank you to them all," Jahangir said.

He said it was human nature to help others in time of crisis like the attacks or even during the Covid-19 lockdown, so now he wanted to help in the way he knew best.

"These people helped us so much after the attacks and then again through the lockdown, so we are feeling very lucky to live in New Zealand." 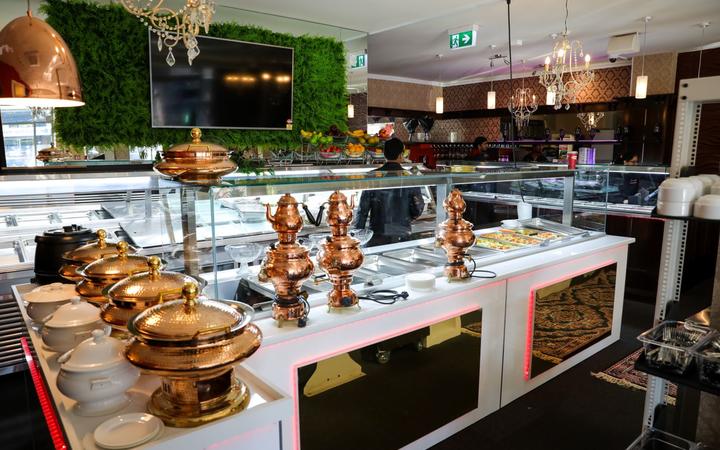 Inside Tanveer Jahangir's new Indian restaurant. Photo: RNZ / Nate McKinnon
Ahmed had been providing emotional support during the lockdown as Tanveer had to pay $3000 a week in rent for his business since February.

"It's been hard, handing over so much money when we cannot open the restaurant, so today is such a great day I can't wait to see people in my restaurant."

Jahangir said everything was set to go and he wanted everyone in Christchurch to come and enjoy their fusion Indian food.