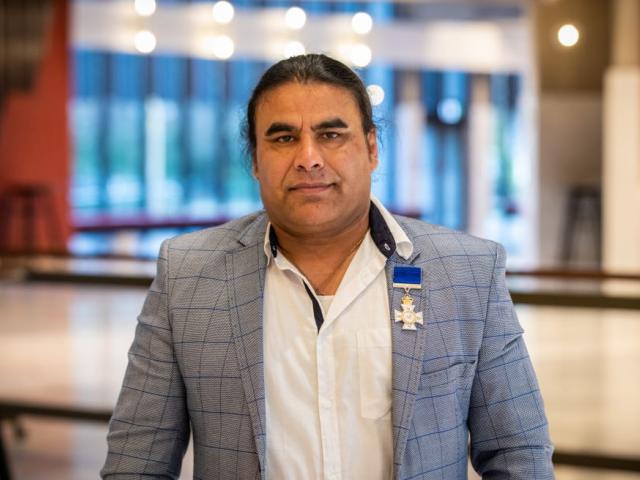 Abdul Aziz has been recognised with the country's highest honour for civilian bravery, the New Zealand Cross. Photo: RNZ / Nate McKinnon
When father-of-four Abdul Aziz confronted the Christchurch terrorist at the Linwood mosque his only fear was for the lives of the worshippers inside.

Yelling at the gunman, he hurled an eftpos machine and ran towards him, dodging bullets and ducking behind parked cars.

Brandishing a discarded rifle, Aziz made himself a target by shouting provocations, then chased the terrorist to his car, smashed a window and ran after him as he took off down the road.

His selflessness during the 2019 massacre that left 51 people dead has been recognised with the country's highest honour for civilian bravery, the New Zealand Cross.

Aziz said he did not hesitate to chase the "coward" away.

"I was worried about all the brothers and sisters we had inside. I was more scared for them than for myself. I had no fear of him," he said. 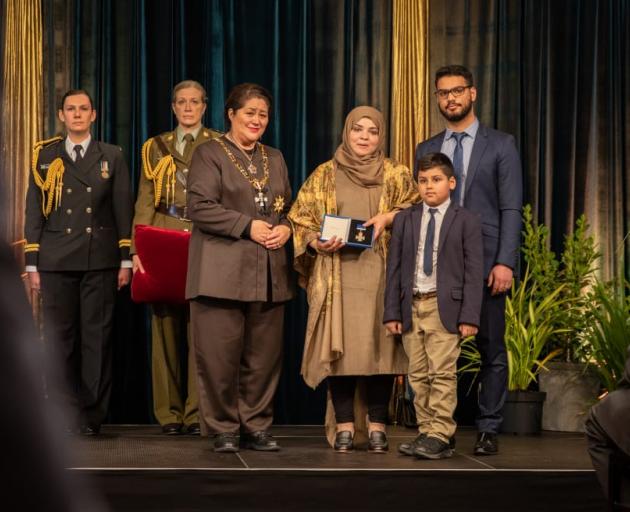 The family of the late Dr Naeem Rashid. Photo: RNZ / Nate McKinnon
Governor-General Dame Cindy Kiro presented the award to Aziz at a ceremony at the Christchurch Town Hall, along with eight others who risked their lives in acts of great bravery.

Dr Naeem Rashid, who was shot and killed after charging at the gunman at the Al Noor mosque, was posthumously awarded the New Zealand Cross.

Rashid ran at the terrorist, diverting his attention from people trying to escape through a broken window on the other side of the room, helping at least seven to flee.

His son Abdullah Naeem said he was proud of his father.

"It's really hard to find my way around the world without him, but I know he's still there, he's still watching me. He leaves a great legacy." 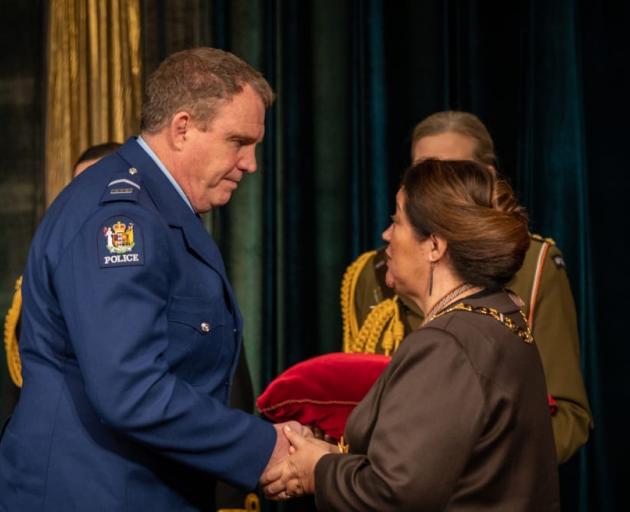 The men did not want to speak publicly, but police commissioner Andrew Coster said the officers made a great judgement call about the gunman's escape route.

"They're not the kind of characters who would call themselves heroes. They're very reluctant to be recognised, they would say it's what any cop would have done, but we recognise the incredible courage they showed," he said. 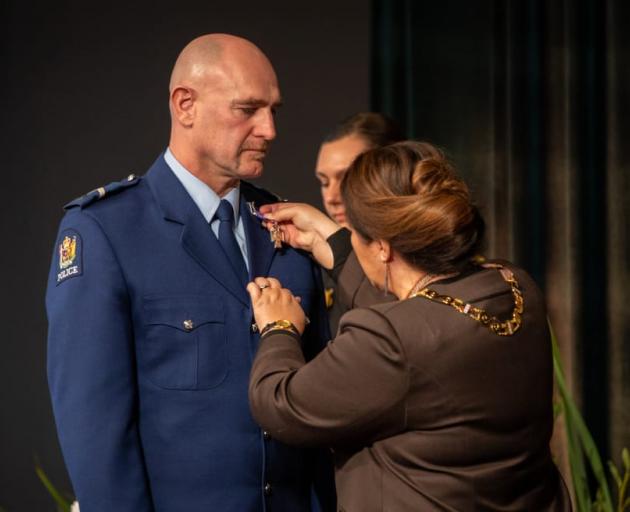 The search and rescue volunteer put his own life at risk by giving the wounded first aid and moving them to safety, all while the gunman was on the loose.

Wayne Maley helped the injured and dying outside the mosque, including a man shot in the hip and shoulder.

He still dreams about that day, waking back at the scene.

"Blood was coming through my fingers. I actually took my work vest off and made a little pillow for him and put it under his head, just to make it a bit more comfortable. His phone rang in his pocket, so I managed to pull it out of his pocket and put it up to his ear so he could talk, just to help him out," he said.

"Hopefully there are a lot of other Kiwi blokes like me who would do the same thing." 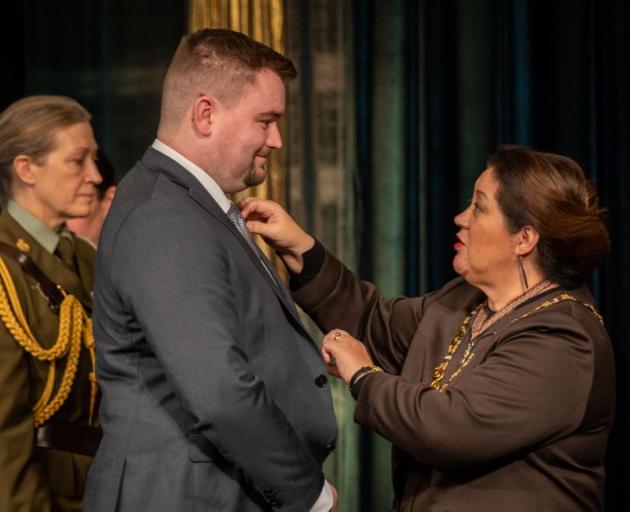 Dame Cindy Kiro told the men they showed great presence of mind and extraordinary courage, acting without hesitation to save the lives of others.

"The dreadful events of the 15th of March are imprinted in the memory of our nation and will be remembered also in many parts of the world. Measured against the stories of terrible personal loss are also stories of resilience, compassion and faith," she said.

"I take this opportunity to salute you in your bravery and to express our sincerest gratitude and respect, and assure you that your efforts will not be forgotten."