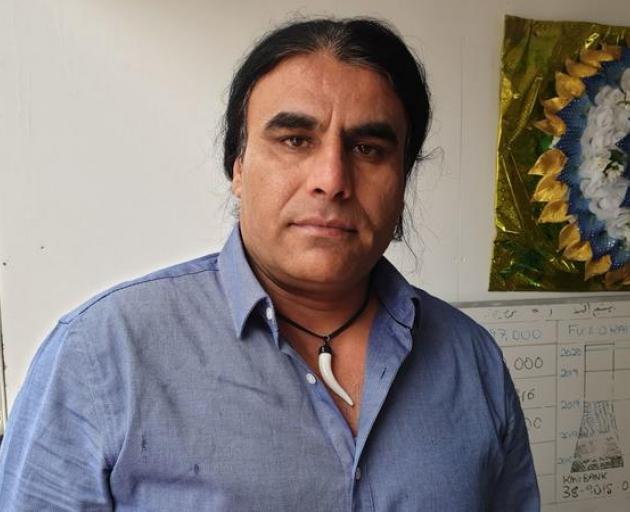 Abdul Aziz Photo: RNZ / Conan Young
The man hailed as a hero for saving lives by chasing the Christchurch gunman away from the Linwood mosque is left with unanswered questions now there will not be a trial.

In a surprise move yesterday the man due to go on trial for murdering 51 people at two mosques on 15 March last year pleaded guilty in the High Court at Christchurch. He also admitted 40 counts of attempted murder and one charge under the Terrorism Suppression Act.

Abdul Aziz ran towards the gunman at the Linwood mosque and threw an eftpos machine at him, chasing him away.

He wanted to find out at a trial why the shooter did it.

"What was his purpose? And what did he gain out of all his killing ... taking that many lives? And who was involved in it?

"All those questions I had in my mind, you know, but now we cannot have all those answers."

Some in the community wanted the case to go to trial and others were relieved it would not, he said.

But for him, listening to those answers in court would not have been more horrible than what they saw and went through on 15 March, he said.

He hoped the guilty plea would not reduce the gunman's sentence or benefit him in any way.

"Sometimes in the court ... their lawyers will tell them okay plead guilty you'll get less sentence."

The guilty plea makes it no easier to 'move on' from the terror attack, he said.

"Very easy word to say, move on, you know what I mean?

"Like, the one-year anniversary gone, a lot of people thought that was 'oh one year's gone so far'. But for us, it's still like yesterday.

"Everything is still fresh in our mind.

"And then yesterday when I heard (about the guilty plea), everything is still in our mind as fresh as like was yesterday."

A sentencing date is yet to be set as the courts work through ongoing disruptions from the nationwide Covid-19 lockdown, and consult with victims of the attacks and their families.

Legal experts say the shooter will "undoubtedly" spend life in prison - likely with no parole - and there's a chance his jail time could be served in Australia.

Shadia Amin, whose husband Ahmed Abdel-Ghany died at the Al Noor Mosque, said she was both shocked and relieved by the sudden change in plea.

John Milne, father of 14-year-old Sayaad Milne who died at the Al Noor Mosque, said he and his family were extremely grateful and celebrating.