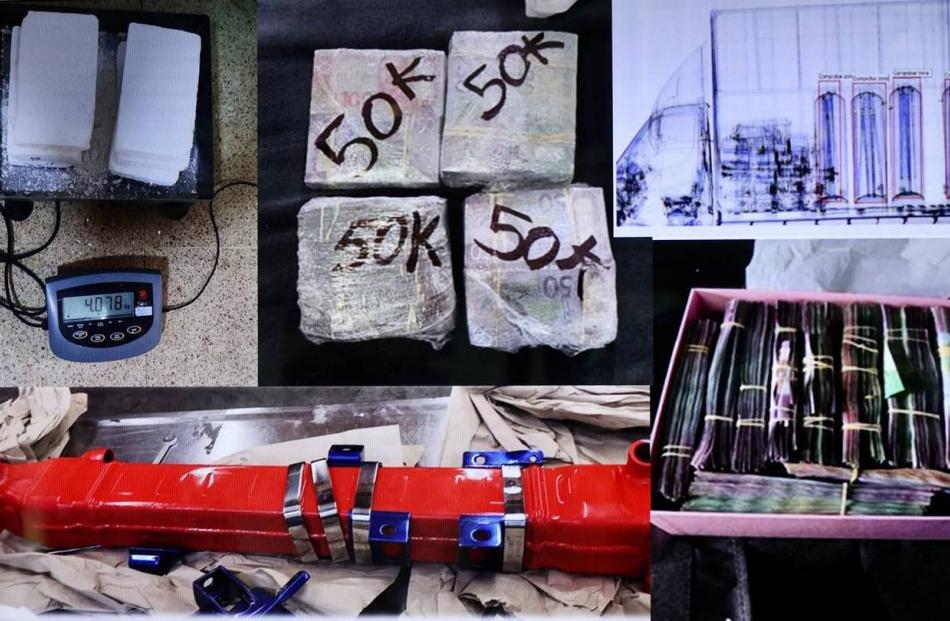 Police allege 50kg of cocaine worth millions of dollars was imported or attempted to be imported. Photo: George Heard
An organised crime charge has been laid against a Christchurch man who previously faced an allegation of money laundering as part of the alleged Colombian cocaine importing group arrested in November.

Renee Bell, 44, a licensee, entered no plea to the charge when he appeared on remand at the Christchurch District Court.

He was previously charged with laundering $200,500 with others in September last year and had been remanded on bail to today when a plea was expected.

In the meantime, the police have laid a charge that between January 1, 2018, and November 10, 2021, he offended with seven other named people arrested as part of the police operation, knowing that he was contributing to the importation of the class A drug cocaine.

He was today remanded by a registrar, without appearing before a judge, to February 15, for pleas to be entered. He remains on bail.

Another Christchurch man, 29, whose name is suppressed, pleaded not guilty before the registrar to laundering $10,000 and was remanded on continued bail until a Crown case review hearing on February 24 – the same review as seven others who have already pleaded not guilty.

Seven of the nine charged earlier pleaded not guilty to charges such as importation or attempted importation of cocaine, money laundering and being members of an organised criminal group.

Police allege that 50kg of cocaine worth millions of dollars was imported or attempted to be imported.

The police's National Organised Crime Group and Customs investigation, which went on for 10 months, laid more than 60 charges in November when a series of coordinated arrests were made.

Many of those charged were farm workers, and five were Colombian nationals.