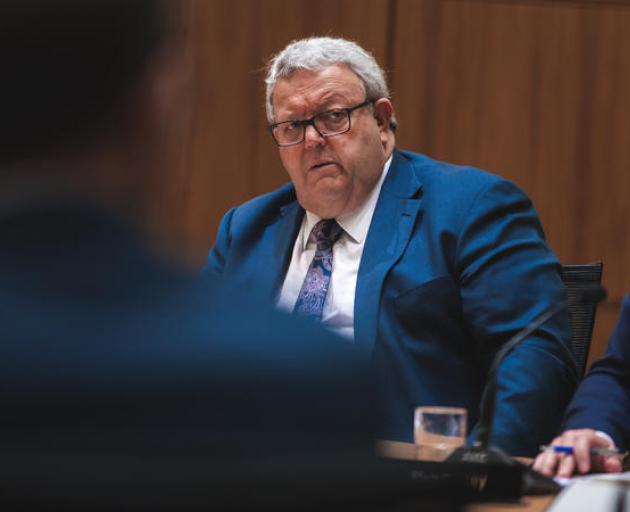 The deputy leader of the National Party thanked his family for their support during his political career.

He said he had no regrets about handing over the leadership prior to last election. He said tonight was a "vote of confidence" in Ardern's leadership.

Labour's Sarah Pallett, a midwifery lecturer, rushed ahead early in the race

She's more than 2100 votes ahead after more than two thirds of the votes (70.3 per cent) have been counted.

Brownlee, who spearheaded the John Key government's rebuild of the city after the devastating 2010 and 2011 earthquakes, has served as the Member of Parliament for Ilam since 1996.

A humbled Brownlee told One News he had "no regrets".

"You put your words out there and the voters make their choice."

He said "no one has a mortgage on their seat".

Brownlee struggled to answer what went wrong but admitted that he probably didn't campaign as much as normal.

He cited the example of former Australian Prime Minister John Howard losing his seat, adding "it's not unusual".

"In the end, it was the choice of the voters."

He didn't think things had gone wrong for National, but rather that once the Covid-19 national lockdown came back in March, their polling position "did a virtual 180-degree turn", and the Labour Party got a boost.

"My personal view is Gerry is a superb MP," she told One News.

Brownlee has tonight repeatedly referenced the Covid-19 global pandemic as a major reason for Labour's upsurge this year.

And speaking to NZME in Christchurch, as the shock results rolled in, he made a remarkable concession.

In times of uncertainty, people often look to stability, he said, and that was where what he described as the "extraordinary efforts" of Jacinda Ardern "have made quite a different".

But in the same breath, he believed Judith Collins had done "a fantastic job in the three moths she got the opportunity to campaign" and believes that she will be "a good leader going forward".

At the Labour Party's Christchurch headquarters, Pallett wasn't getting ahead of herself, despite a commanding lead.

She paid tribute to a whole team who had put in a lot of work to try and wrestle the seat away from Brownlee.

But she was conscious there was a long way to go.

"We're not counting our chickens," she said.

"We're keeping our heads and just really excited about what we're seeing so far."