'Not acceptable': Report highlights failures that led to contamination of Akaroa water supply 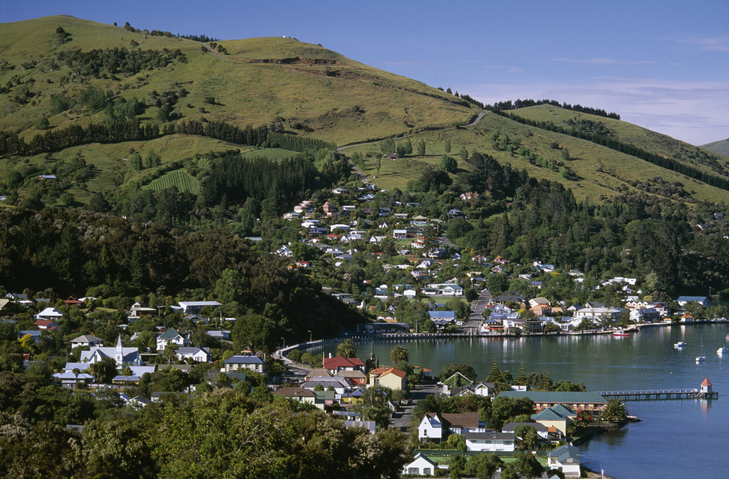 The Christchurch City Council review into the drinking water contamination that affected Akaroa and Takamātua earlier this year identifies the poor condition of the L’Aube Hill Reserve reservoir as the likely cause.

"Unfortunately the poor condition of the reservoir and the lack of mesh coverings on the overflow pipes allowed animals to get into the reservoir, which led to the contamination," said council head of three waters Helen Beaumont.

"This was a serious contamination incident that should not have happened and we apologise for it.

"We have learned some important lessons and are working to ensure this cannot happen again.

“We have taken on board the recommendations of the internal review and are re-examining the way we allocate and prioritise improvement works to our drinking water operation sites.

"A dedicated project manager has been appointed to oversee this programme because the supply of safe drinking water is of utmost importance to this council."

The council had identified the ageing L’Aube Hill Reservoir as a high risk in its Akaroa-Takamātua Water Safety Plan, which was approved by the Drinking Water Assessor in November 2020.

To lower the risk to an acceptable level, the Water Safety Plan required a detailed inspection of the reservoir and the placing of mesh barriers over any unsecured vents or overflow pipes.

The inspection that discovered the contamination at L’Aube Hill on February 9 was being undertaken as part of a detailed condition assessment of the reservoir.

"Our investigation found that the volume of this work programme was too much and too varied for allocated staff and contractors to manage effectively and this meant the upgrades at the L’Aube Hill reservoir were not prioritised.

"Our internal investigation concluded that a failure to prioritise the remedial actions, together with a failure to identify critical maintenance tasks, contributed to the contamination happening," Beaumont said.

Although the dead animals were first discovered in the reservoir on February 9, the report reveals senior council staff were not advised until February 12.

At that point the council’s contamination response process, including the issuing of a boil water notice, was activated and the Drinking Water Assessor notified.

However, three cases of water-borne diseases were reported to the Canterbury Medical Officer of Health by people who visited Akaroa in the days leading up to the issuing of the boil water notice.

Unacceptable delay
Beaumont said the delay in notifying the Drinking Water Assessor and Medical Officer of Health about the contamination event was not acceptable.

“While we acted as quickly as possible to remove the animals from the reservoir and secure the overflow pipe, the length of time taken between discovering the contamination and the escalation of this information was not acceptable.

“We have robust procedures to deal with drinking-water contamination events, but in this particular case there was confusion about the correct procedure for the situation and the nature of the contamination itself, which lead to a delay in senior staff being notified.

“We have since thoroughly reviewed our contamination response process, including the training and documents used by staff and contractors, to make sure there is no uncertainty when it comes to procedures that deal with any physical contamination of drinking-water reservoirs,’’ Ms Beaumont says.

The council has also completed site audits of all of its water reservoirs in Banks Peninsula to make sure any previously unknown potential contamination risks, such as vents and overflow pipes, have been identified and secured.