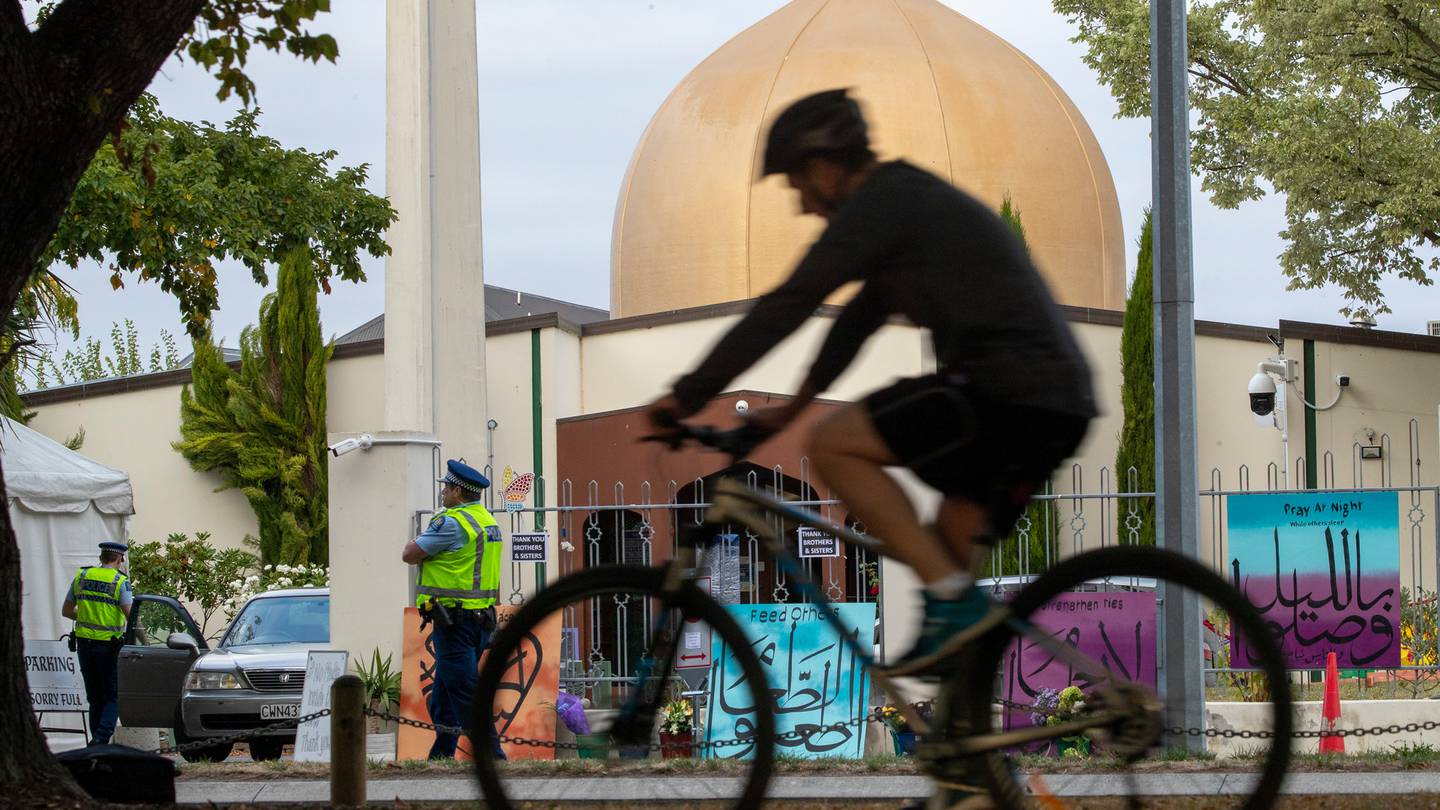 A cyclist rides past police officers keeping watch at Al Noor mosque in Christchurch on the first anniversary of the terror attacks. Photo: Mark Mitchell
One of the country's top pilot training schools has come under fire after some of its students were pictured in uniform seemingly flashing a hand sign connected to the Christchurch mosque terrorist.

Four students from the International Aviation Academy of New Zealand, based in Christchurch, were featured in a photo uploaded to the academy's official Instagram page over the weekend.

Three of the four trainee pilots were spotted discreetly pulling an inverted "OK" sign while their hands rested on their respective laps.

In recent times, the sign has been adopted by white supremacists and used widely as a symbol standing for white power or white supremacy, particularly on the dark web.

A reader who contacted the Herald spotted the photo on social media and confronted the page.

Shortly afterwards, however, the same photo was uploaded to the page again - but this time showing the men's fingers poorly edited out.

"No mention made of the gesture," the reader said.

"I questioned that post - looking to why it was okay to seemingly support, or allow, a white supremacist hand gesture to be posted and then no explanation when questioned."

On March 15, 2019, 51 people were killed and many more injured when a lone terrorist shooter targeted two mosques in Christchurch. 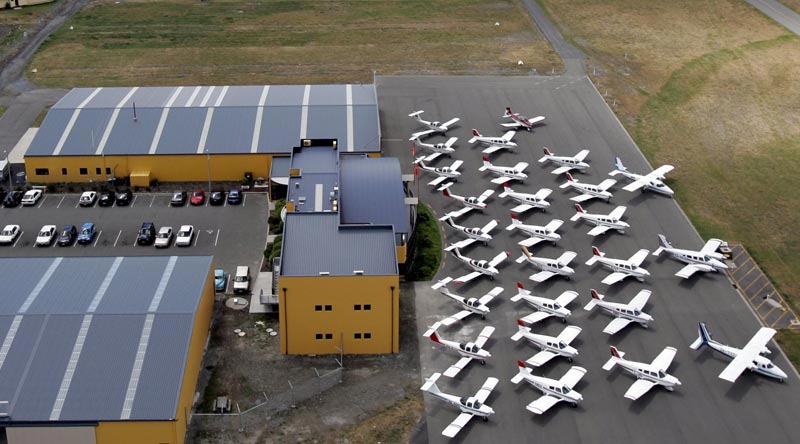 Photo: flighttraining.co.nz
Academy defends students
Among those killed was a student from the flight school - Ozair Kadir.

Two other students connected to the academy at the time are also understood to have been in one of the mosques when it was attacked.

The IAANZ school, however, said the three male trainee pilots pictured in the offending photo had been spoken to.

A written statement to Stuff said they were confident the young men had not intentionally been pulling the hand gesture to symbolise a connection to white supremacy.

Chief executive Jeremy Ford told Stuff the hand sign was commonly used by the students at secondary school as a "recognition symbol" and that everyone was sorry for any offence caused.

"IAANZ is very confident that no malice was intended and that this was genuine naivety on their part."

The academy is the professional flight training arm of the Canterbury Aero Club that has been operating since 1928.

It is also a partner flight training organisation for Air New Zealand.