The owner of a cat that was shot through the eye in Christchurch is searching for answers.

Zane Garlick, from Hoon Hay, told the Herald his cat Eddy has lost vision in his eye, most likely permanently, after the shooting.

When Eddy strolled into the house at about 10.30am on Sunday, Garlick did not immediately notice anything was wrong.

It wasn't until his partner heard a deep moaning sound coming from the cat did they see the damage to his eye. 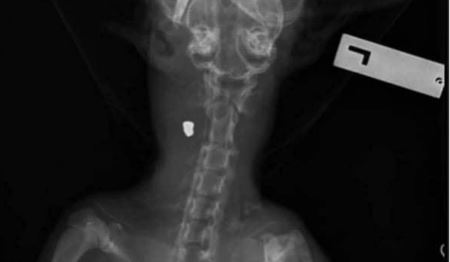 Eddy the cat was shot through the eye on Sunday morning. Photo: Supplied

They immediately rushed him to a nearby vet and a surgeon tried desperately to recover the eye but it was no use, Garlick said.

"Unfortunately the pellet, where it had penetrated, was just so destroyed, There was no way for it to be saved. the surgeon had to take out most of the lens."

An X-ray showed the pellet still lodged in Eddy's neck. As it is quite close to his spine, medical professionals have decided to leave it.

Garlick said the pellet appears to be the size of a .177 and shot from an air rifle.

They have only moved to the Hoon Hay area in the past year and have no idea who could have done it, he said. 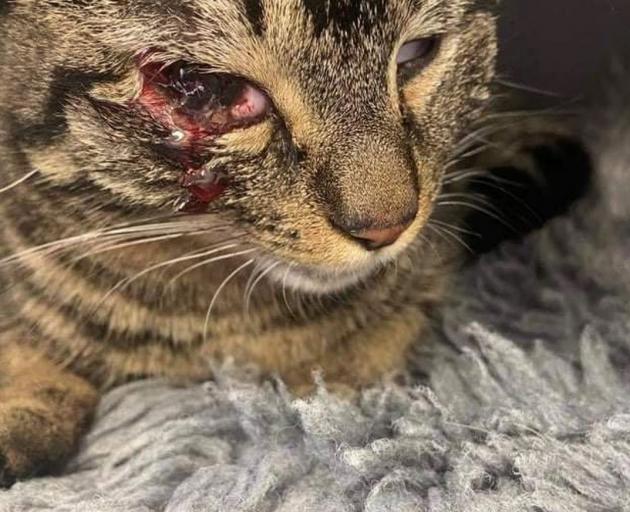 Eddy the cat was shot through the eye on Sunday morning. Photo: Supplied
"It's a pretty cool neighbourhood and everyone's pretty friendly. We just think it's some silly young lads that are just going around being stupid."

He said their house backs up against a creek with a primary school behind it.

"That's where we are assuming he may have got shot. He just chills out near the back of the creek.

"He's only 10 months old so he's only gone outside for the last month. He doesn't travel far, always comes home when you give him a whistle."

Garlick said the experience has been one of the most gruelling things he has had to endure as a pet owner.

"Out of all the time I've had dogs and cats throughout the years, this is one of the most gruelling things I've gone through.

"It just makes you think, it doesn't need to happen. It's pretty upsetting actually, especially when it's your best mate."