Pieces of our shaky past: Bid to find new homes for building fragments recovered after quakes 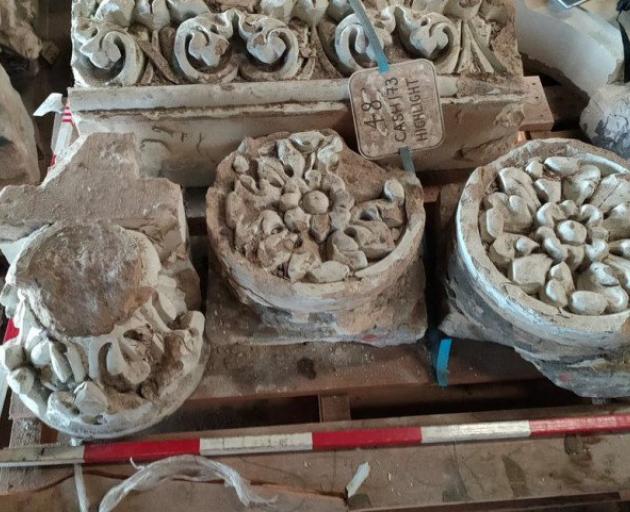 And they’re just one of many fragments retrieved from buildings demolished after the earthquakes that are now being offered to their previous owners.

After the 2010 and 2011 quakes, Christchurch City Council staff, the Canterbury Earthquake Recovery Authority and demolition contractors recovered materials from a number of significant heritage buildings about to be demolished.

These include The Press building in Cathedral Square, the Christchurch Railway Station on Moorhouse Ave, the old Theatre Royal in Gloucester St and the former public library on Cambridge Tce.

Stone, timber joinery, and other building components were recovered for re-use on the original site, or to be used in the repair and conservation of other heritage buildings.

The ownership of the materials was transferred to the city council at that time.

Now, 10 years on from the earthquakes, the council wants to find new homes and uses for the fragments to preserve the memories of the lost buildings.

It has started contacting the previous owners of the buildings to see if they wish to reclaim any items. 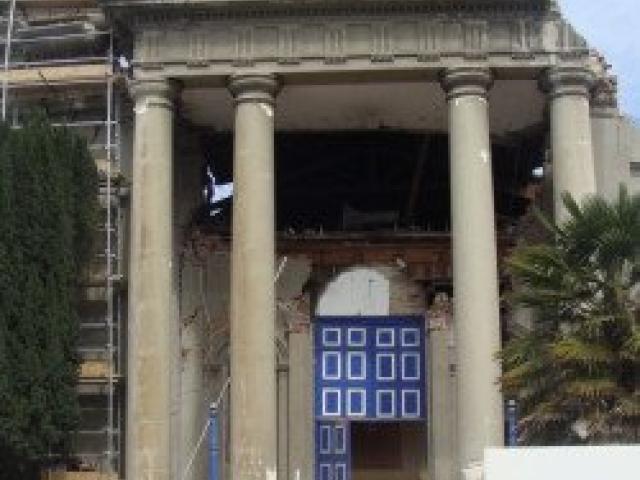 St Paul’s Trinity Pacific Church. Photo: Newsline / CCC
Council team leader heritage Brendan Smyth said many of the sites have new owners so the likelihood of the pieces being reused on the original sites is slim.

"Not all items can be put back into buildings but there are other ways people can use these artefacts, perhaps as interpretation, sculptures or pieces of art."

Some of the fragments are large, such as the crest off the Press building. Others, including doors, tiles, light fixtures and fire surrounds, have come from more modest buildings.

"There’s also a lot of beautifully-carved stonework from lost buildings which show the quality, passion and craftsmanship of our heritage, including medallions, porches, corbels and crests.

"Our ancestors took pride in the architecture and details of our streetscapes," said Smyth.

Previous owners of the buildings have until August 31 to reclaim any items.