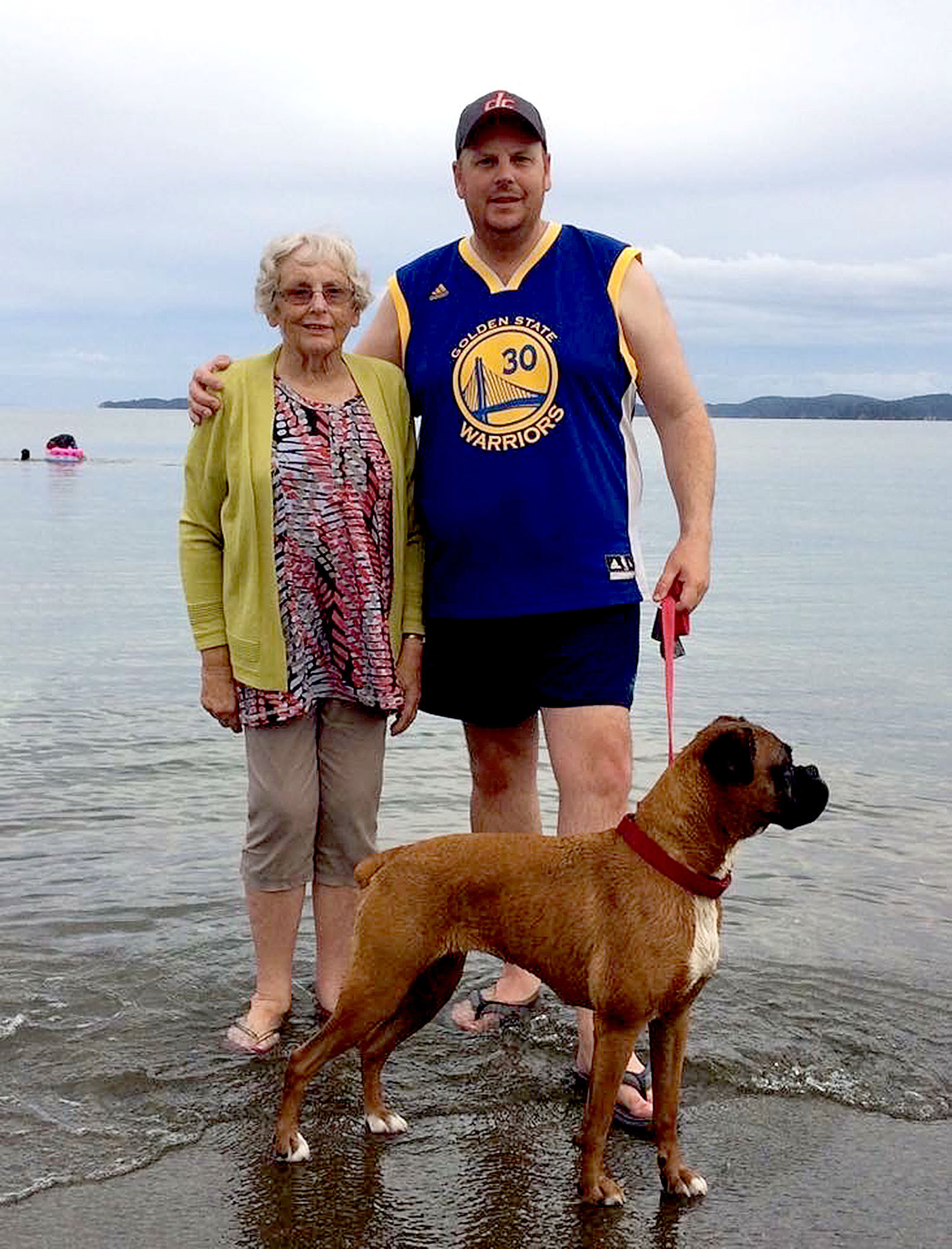 “She was an amazingly strong woman, who inspirationally fought the good fight for us, for a few years after being diagnosed, giving us some extra time to grow new memories with her.”

Sandison said his mother was diagnosed after finding a lump in 2013.

As it was caught early she was able to get radiation treatment.

The treatment was considered a success and the prognosis was great. She was able to continue working as a secondary school teacher through until she retired a year or so later.

“However, very shortly afterwards, and with big plans ahead for her retirement with dad, her world and ours, got turned upside down when one Sunday morning, whilst lifting a bag of groceries out of the car boot, a bone in her upper arm suddenly broke clean through,” said Sandison.

“X-rays and scans then confirmed the worst, that her treatment hadn’t been as successful as had thought, but rather, had metastasised into stage 4 cancer, having spread to her bones.

“Being given the new prognosis that stage 4 has no cure, was literally devastating news, and I will always vividly remember sitting there with mum at the hospital receiving the news. I knew little about breast cancer, and so the information made available from Breast Cancer Foundation NZ was very helpful in those early stages as we all tried to come to terms with things.

“The following couple of years were riddled with hospital visits, radiation treatment to shrink tumours that kept appearing on the spine and other places, and various drug treatments. Having damaged a nerve in her arm when her arm broke, affecting her hand meaning she was no longer able to drive, the resultant trips to the oncologist became a regular part of live for the family as we all chipped in to help with transport and to attend and support mum.

“Through it all, including some very tough times, the care and treatment mum received was simply amazing, and the new oral chemo pill she was on, did a wonderful job of extending her time, and allowing us to enjoy some valuable time with her, and for her to see her grandkids get a couple of years older, before she finally had to leave us.”

The walk will be held on Saturday, October 17, in Hagley Park, with pre-event entertainment from 2.15pm and the walk starting at 3pm. Tickets are available online now at pinkribbonwalk.co.nz.

In the Canterbury District Health Board region around 400 women are diagnosed with breast cancer each year, and every year around 77 will die.

With 5km and 10km routes, the walks are accessible to everyone, no matter their age or fitness level. Supporters who aren’t keen on walking can still take  part by signing up to be a volunteer marshal or cheer squad member.

Around 350 NZ women under the age of 45 (when free mammograms start) will be diagnosed with breast cancer this year – that’s one woman a day.

More than 650 women will die of breast cancer this year – about the size of a large primary school.

The earlier breast cancer is found, the better the outcome. The 10-year survival rate is 92 per cent if the cancer is detected by regular screening mammogram.

Free screening is available for women from age 45 through BreastScreen Aotearoa.