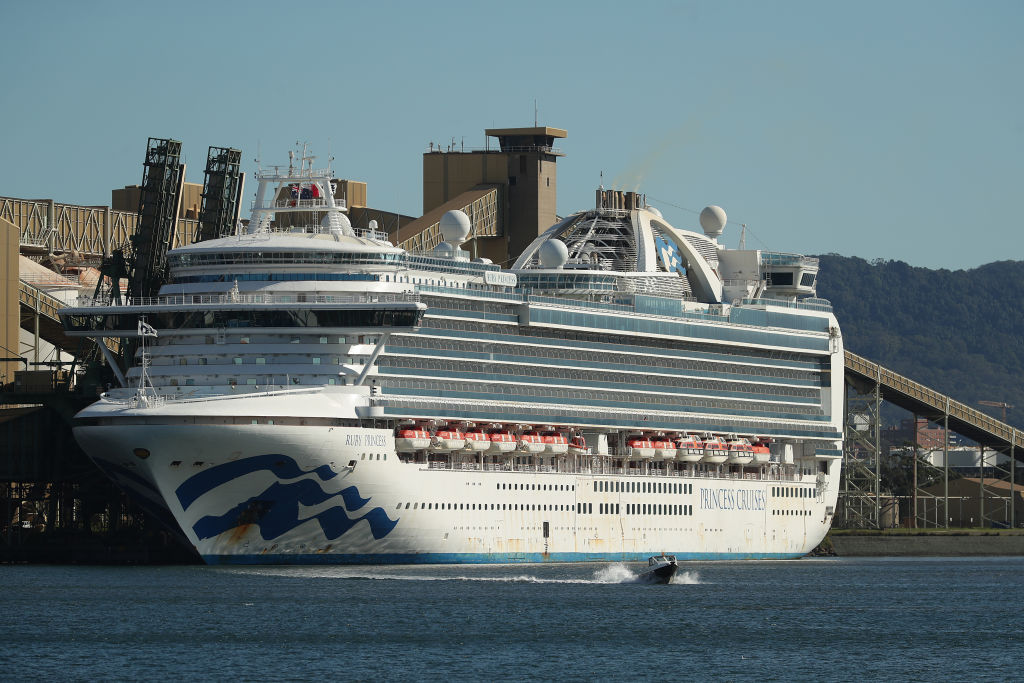 The Ruby Princess returned to Australia after a New Zealand trip that included stops in Dunedin and Akaroa. Photo: Getty Images
Australian police have spoken to the captain of a cruise ship which disembarked hundreds of passengers infected with the coronavirus in Sydney, as part of a homicide investigation into the country's deadliest single source of infection.

The Ruby Princess owned by Carnival Corp has become a flashpoint of public anger in Australia after authorities granted the ship permission to disembark its passengers last month without health checks.

The ship had returned to Australia after a trip New Zealand which included stops in Dunedin, Wellington and Akaroa.

About 400 of the passengers later tested positive for the coronavirus and 15 have died, more than a third of Australia's 51 deaths from Covid-19, prompting accusations the ship's crew concealed the extent of sickness on board when they requested permission to disembark.

"They spoke to the captain of the ship, who was extremely helpful," Fuller said in a televised news conference on Thursday.

"Ships have a black box very similar to that of international planes, and that and other evidence has been seized for further investigation."

About 1000 crew of various nationalities remain on board the ship.

Cruise ships have been held responsible for about a fifth of Australia's roughly 6000 coronavirus cases. Globally, more than 1.5 million people have tested positive to the coronavirus, including about 87,000 deaths.

The investigation comes as Australia battles to keep the brakes on its rate of infection over the Easter holiday period, with the government imploring people to stay at home and cancel trips to traditional vacation spots this weekend.

The percentage growth of new cases in Australia has slowed to low single digits, from the 25% daily growth last month, but Canberra says tight restrictions on people's movement could stay in place for at least six months.

The restrictions include a broad order for people to stay home except for essential work or to exercise and buy food, and police have said they will use the threat of on-the-spot fines to stop people travelling or socialising over the Easter long weekend from Friday to Monday.

"We can't lift our foot off the pedal, we need to stay vigilant, make sure we clamp down on the community-to-community transmission," NSW Premier Gladys Berejiklian told reporters.

Australian media have reported that some state governments are considering loosening the restrictions which have forced many businesses in the hospitality, retail, transport and education sectors to shut.

But Berejiklian said the government would "rely on data in the next couple of weeks to give us a signal what we should be doing moving forward".

Late on Wednesday, the federal government approved a package to subsidise the wages of six million people, or a quarter of the population, at a cost of $a130 billion