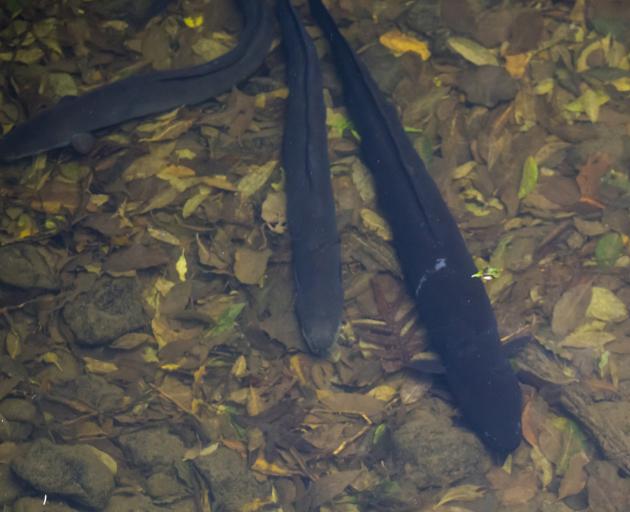 Longfin eel. Photo: Getty Images
A Christchurch storage business will pay $242,350 in fines after spilling ammonia into a creek and killing more than 1700 eels and fish.

Ammonia spread from a purging tank at Polarcold Stores Ltd's site in Belfast into 5km of the nearby Kaputone Creek last year in April, because it didn't have a secondary catchment system.

The company, now called Emergent Cold Ltd, pleaded guilty to charges of illegally discharging a contaminant and was sentenced at the Environment Court.

Judge Brian Dwyer took into account the early guilty plea and good character of the company, but said the spillage had a "devastating effect" on the creek's aquatic life, and was an affront to tangata whenua.

Environment Canterbury chief operating officer Nadeine Dommisse said the result served as a reminder of the responsibility businesses had to protect the environment.

"It is also a reminder of the impact ill-considered use of our stormwater system can have on our precious environment, including protected species," she said.

Samples taken from the creek in the two days following the incident confirmed ammonia levels downstream from the spillage were 14-16 times higher than those upstream of it.

But an ecological impact report found no long-term adverse effects to vegetation or food sources from the spillage, and predicted fish stocks would replenish over time.