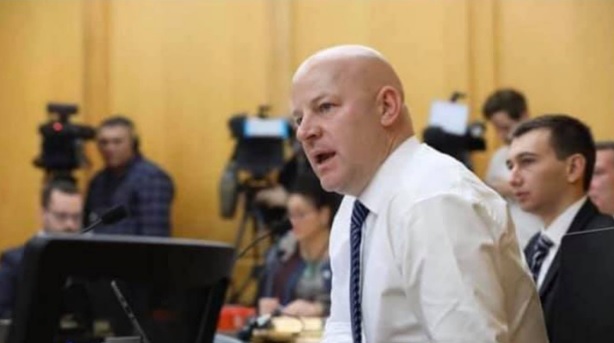 "You can go back to Jami-Lee Ross, Hamish Walker, Andrew Falloon, we had a leak just before the election, leadership issues," he told Chris Lynch.

"If you don't look like you can manage yourself, no one is going to trust you to manage the country.

"Quite rightly Judith Collins, who I 100 percent support, has said we are going to have to have a review and a bit of a reset."

He said a good Opposition was needed to "hold the Government to account".

People also voted for "continuity", he said, in an election dominated by Covid-19.

Although he held on to his Waimakariri electorate in Canterbury, Doocey's majority last election – 10,766 votes – was wiped away over the weekend, with him keeping his seat with a much slimmer 1976 majority.

"Unfortunately I felt the effect of that."

Doocey arrived at parliament today and said it had been "a tough few days" and it was good to be back in Wellington.

He said he was humbled by the support he had received in his electorate.

National needed to have a culture where they don't have leaks and be unified, Doocey said.

"Because this job is about the people we serve in the country - it's not about us."

Labour was the big winner in greater Christchurch this election with nearly all of the seats going to the party.

Doocey and Nicola Grigg (Selwyn) are the only National candidates who won their electorates in the area.