Renewed call for Key to apologise over 'jihadi brides' claim 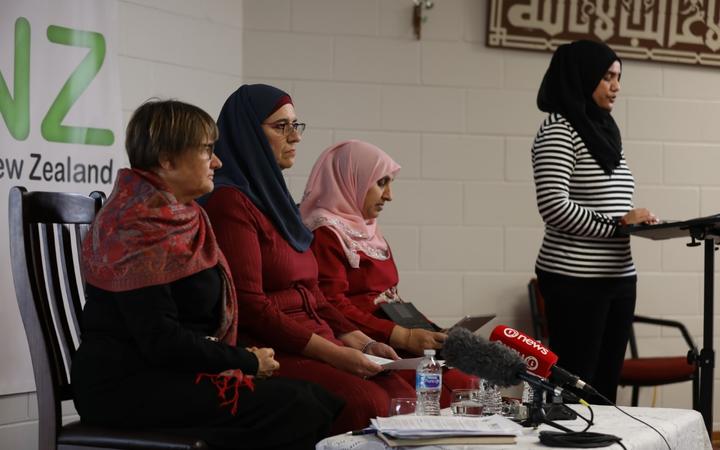 The Islamic Women's Council of NZ releases its submission to the Royal Commission of Inquiry into the Christchurch Mosque Attacks. Photo: RNZ / Simon Rogers
Prime Minister Jacinda Ardern says it's not her place to decide if Sir John Key should apologise over false claims brides were leaving New Zealand for ISIS in 2015.

The Islamic Women's Council says the later-disproven comment to the Parliamentary Intelligence and Security Committee led to a spike in hostility towards the Muslim community.

It has refreshed a call that Key should publicly apologise, having publicly released its submissions to the Royal Commission of Inquiry into the Attacks on Christchurch Mosques today.

The former prime minister - now chair of the local operations of ANZ Bank - had not responded to RNZ's requests for comment.

Ardern yesterday said it was not up to her to decide whether Key should say sorry.

"That's not a judgment I can make. I think only individuals who are being asked can make that judgement so I will leave that for Mr Key."

The Islamic Women's Council released its submission this morning, hoping to set a tone of transparency and accountability ahead of the Commission handing its report to the Governor General at the end of the month.

The 170-page document details the lengths the council went to to warn officials of a rising tide of Islamophobia in the years leading up to the March attacks.

It concludes the past National and current coalition governments failed to take them seriously and should be held responsible for their culpability in the massacre.

Aliya Danzeisen of the Women of Waikato Muslim Association said years of safety warnings that went right up to ministerial level had fallen on deaf ears over the years.

"It is our opinion that the attack was preventable and that had our warnings been heeded there would have been support on the steps of the mosque on March 15."

Call for information to be made public
She said now a criminal trial was off the table - the gunman admitting the charges during the nationwide lockdown - the council wanted transparency and accountability.

The Islamic Women's Council's submission outlines the council's interactions with a host of government agencies and documents years of threats.

Of significance is a Facebook post on the Waikato Muslim Association's group in February 2019, just shy of a month before the Christchurch shootings.

In the post, a man wrote a copy of the Koran would be burnt outside the Hamilton Mosque on 15 March; the day the Christchurch gunman entered the Al Noor and Linwood mosques.

It was reported to police who found the message originated in Christchurch and later concluded it was not connected to the mosque shootings. 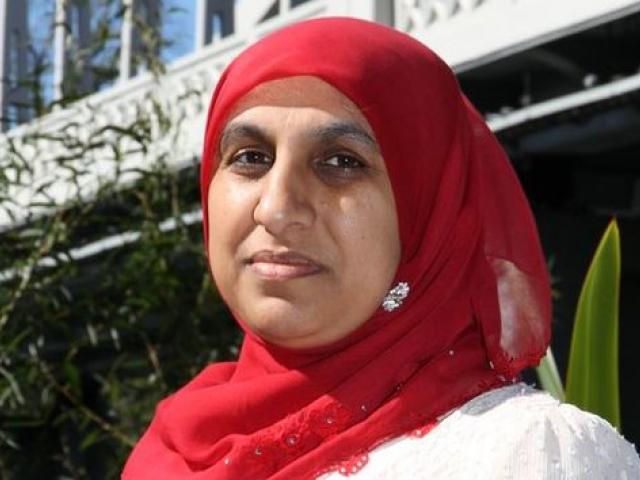 She remains in awe of their tenacity - and in shock at how aptly their experiences documented a rising tide of Islamophobia in New Zealand and parallelled disinterest from officials.

"I just felt sickened, absolutely sickened, because [the women] were faced again and again with a public service that was inept and ineffective and at best disintrested."

Anjum Rahman said the process of compiling the submissions - notwithstanding the years of abuse - had been a long and difficult one for the women involved.

"It's more heartbroken. Really, I just can't put it into words even now. Also, a lot of anger and there are many days where I feel like I don't know what to do with the rage.

"I don't know where to put it and the best thing that we can do is continue to keep advocating for our community. I think that's what helps keep me sane."

The council said while it's noticed genuine warmth from the public since the March attacks, the public abuse hasn't stopped.

It says the shootings that shocked the world have at the same time emboldened some people and it's their lingering concern over this that drives the women onwards.

They're asking New Zealanders take the time to read their submissions and join them in demanding transparency and accountabilty from the government too.